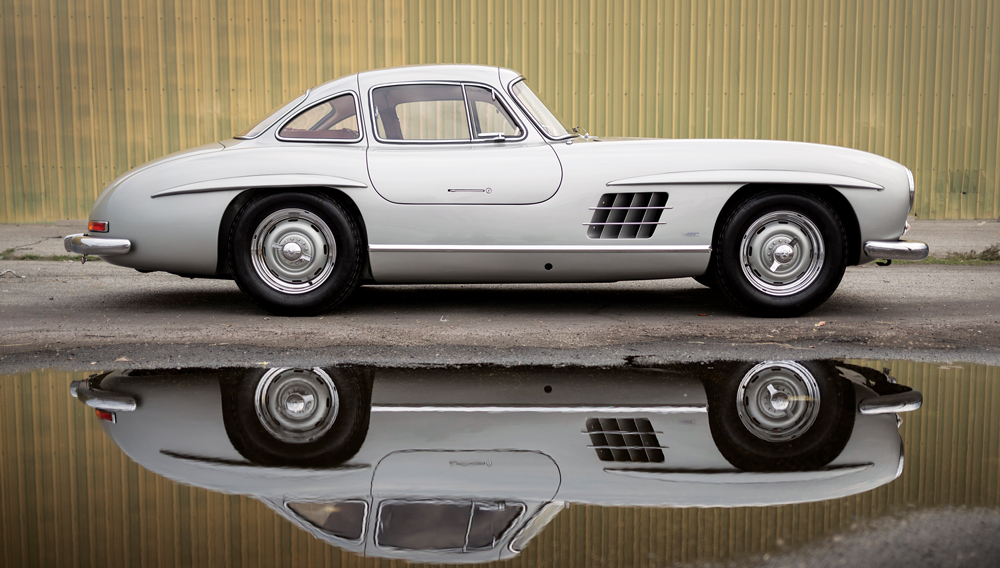 Individual cars were not the only record breakers at last year’s Pebble Beach auctions: The racer Fabrizio Violati’s 10 Ferraris sold for $65.9 million, the most ever paid for a private car collection at a single-day auction. Looking to top that figure—and compete directly with Peter Klutt’s sports car collection this year—RM Sotheby’s (rmauctions.com) has assembled a special sale of approximately 30 postwar sports cars dubbed the Pinnacle Portfolio. In terms of dollar value, “this is the single largest collection that has ever been brought to market,” says Ian Kelleher, managing director of RM Sotheby’s West Coast division. “With these cars, you have a representation of each of the marque’s most storied and most exciting examples. As a whole, they are the rarest of the rare.”

The auction, scheduled for August 13 in Monterey, is the first dedicated Thursday sale the house has had at Monterey since it sold the Nick Alexander woodie collection in 2009.