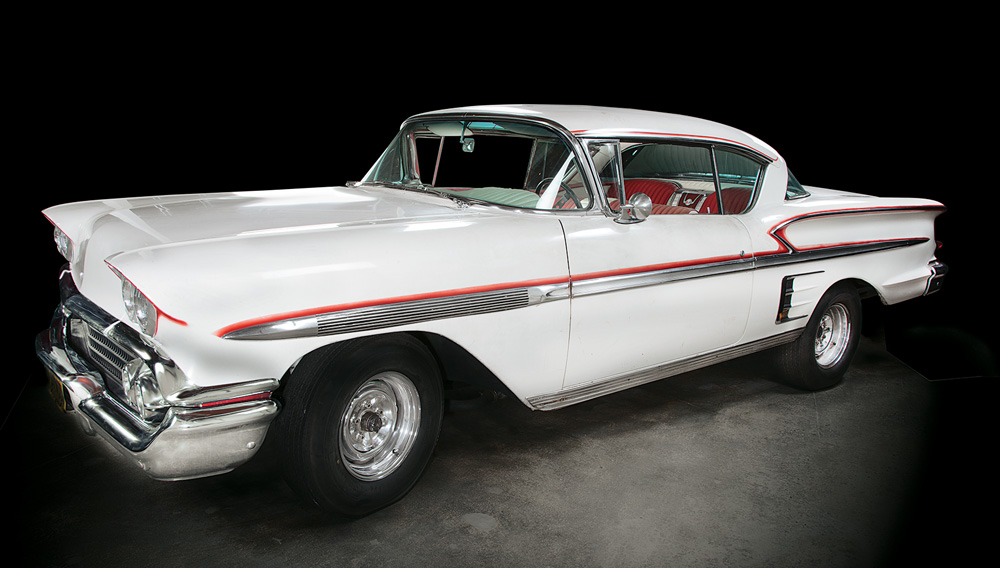 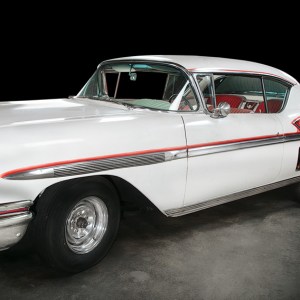 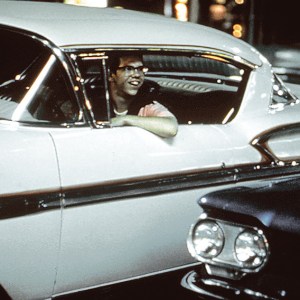 “Where were you in ’62?” In George Lucas’s 1973 film American Graffiti, which used the question as a tagline for its posters, Terry “The Toad” was behind the wheel of this 1958 Chevy, cruising the streets of Modesto, Calif., in a borrowed ride during one long end-of-summer night that was open to all possibilities. In the coming-of-age classic, the car’s owner was Ron Howard’s character, Steve Bolander, but its current ownership is about to change as it goes up for auction in July.

The Chevrolet Bel Air Impala, a customized two-door hardtop sport coupe, has been preserved with its original white paint and red trim. The car is now powered by a Chevrolet Tri-Power V-8 engine with a Turbo 400 automatic transmission; the original Saginaw 3-speed manual transmission from the film is also included in the sale. The current owner purchased the car for $285 in 1973 through an ad in the San Francisco Chronicle that appeared right after the movie wrapped. That sum is about a tenth of the original cost of the car, but this Chevy—one of the most well-known vehicles from American cinema—no doubt will fetch much more this summer.