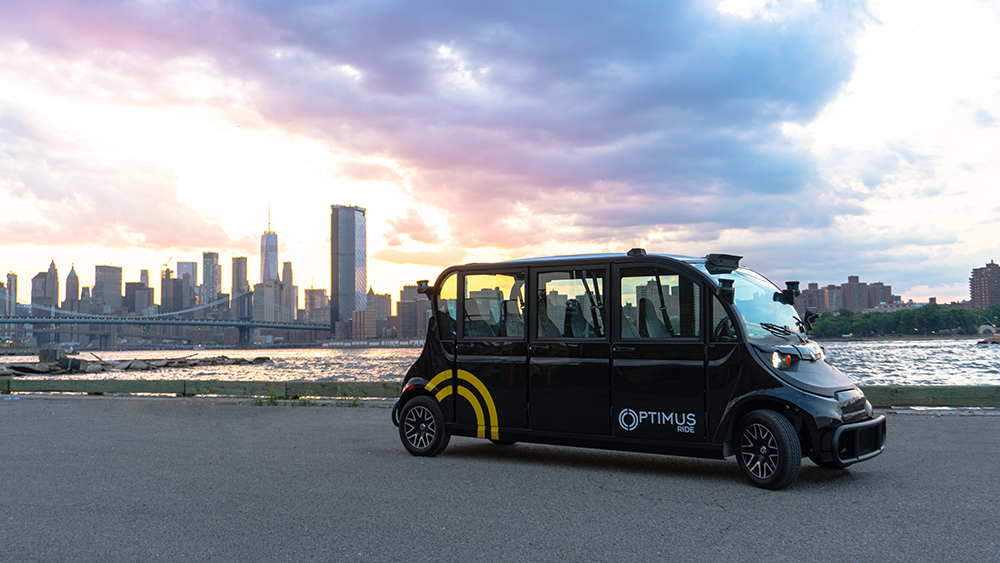 Self-driving cars have rolled into the Big Apple—but Manhattan’s Lyft drivers and cabbies need not fear for their jobs just yet.

On Wednesday, a small fleet of six-seater autonomous vehicles—which look a little like elongated Hackney carriages—began offering continuous free rides around the 300-acre Navy Yard, seven days a week, from 7 am to 10:30 pm. Strict state laws forbid autonomous cars from driving on NYC’s public streets, however, so the shuttles will stick to two planned loops within the privately operated manufacturing and technology hub for now.

The cars can go 25 mph, but will be limited to the yard’s 15 mph speed limit. Each one can carry four passengers and will be manned by a safety driver and software operator in case of emergency, for the time being.

Established in 2015 by five graduates and researchers from the Massachusetts Institute of Technology, Boston-based startup Optimus Ride has given more than 20,000 rides predominately in Beantown’s Seaport neighborhood—where the company’s offices are located—and a residential area in the Boston suburb of South Weymouth, where they’ve proved to be a viable alternative to the local bus and train service.

According to co-founder and CEO Ryan Chin, the company has not had any accidents or injuries involving the driverless shuttles.

“Launching our self-driving vehicle system in New York at the Brooklyn Navy Yard is yet another validation that not only is Optimus Ride’s system a safe, efficient means of transportation, but also that autonomous vehicles can solve real-world problems in structured environments—today,” Chin told Robb Report.

Self-driving vehicles have been touted as the next revolutionary advancement in the automotive industry and despite some speedbumps—and even deaths—advocates believe they will increase safety on the roads and reduce congestion in busy cities.

“Our system will provide access to and experience with autonomy for thousands of people, helping to increase acceptance and confidence of this new technology, which helps move the overall industry forward,” said Chin.

Optimus Ride anticipates the six shuttles will transport around 500 passengers per day and more than 16,000 passengers per month from the NYC Ferry stop at Dock 72 to the Cumberland Gate at Flushing Avenue. If you’re curious, pop by the Navy Yards for a hands-free joy ride.