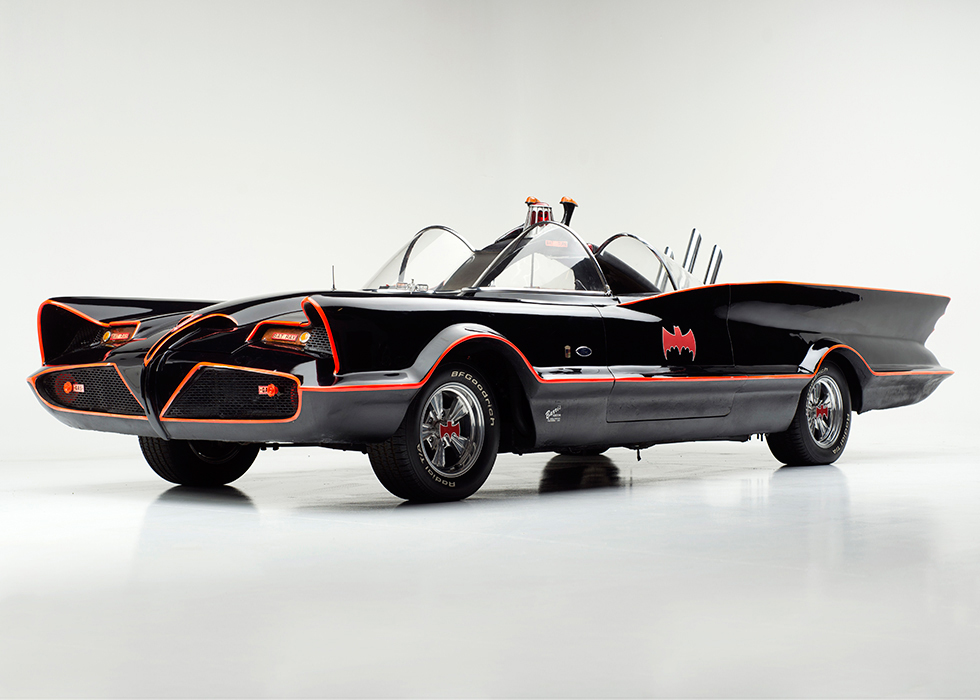 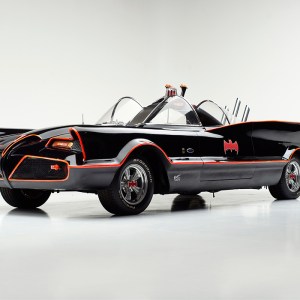 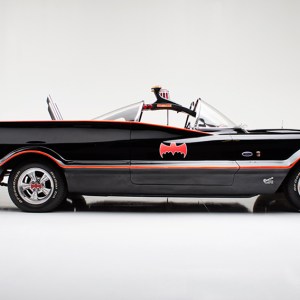 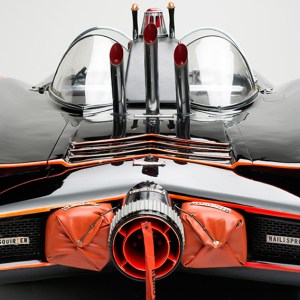 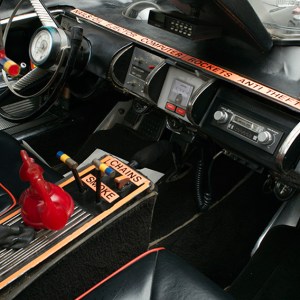 It might not be the same bat-time or same bat-channel, but the original Batmobile is once again ready to rumble—now for sale through auction house Barrett-Jackson. The original supercar became a superstar from its regular role in the campy, cult-classic Batman television series of the 1960s.

The Dark Knight’s ultimate crime-fighting cruiser is purported to carry an array of integrated gizmos that include a nose-mounted cable cutter, Bat-Ray Projector, Batcomputer, Detect-a-Scope, smoke screen, oil “squirter,” nail spreader, and battering ram. And, of course, there are the dual parachutes—activated by the Bat-Turn Lever—when immediate 180-degree direction changes are required.

Born for the spotlight, the wild ride began its life as the Lincoln Futura concept car built by Ford in 1955. Designed by Bill Schmidt and John Najjar, the car was hand-built in Italy by Carrozzeria Ghia coachbuilders. Its outer-space-inspired aesthetic—with elongated lines and dual-canopy cockpit—proved a hit at auto shows as well as on the big screen, where it went on to feature in the film It Started with a Kiss with Debbie Reynolds and Glenn Ford. Despite costing $250,000 to manufacture, the car was sold by the marque to custom-automobile builder George Barris for one dollar. In 1965, Barris was asked to create a vehicle for the Batman television series soon to start shooting. With a deadline of three weeks, Barris looked to the Lincoln and crafted the mean machine we know today with the help of metal-shaper Bill Cushenberry.

Driven by the show’s stars Adam West and Burt Ward (Batman and Robin, respectively), the car featured prominently throughout the series’ three seasons, from 1966 to 1968. During that period, Barris would go on to build three more replicas for publicity purposes but maintained ownership of the original, which he leased to the companies involved in production. In 2013, the car was sold at a Barrett-Jackson auction to collector Rick Champagne for over $4.6 million.

Currently back on display and for sale at Barrett-Jackson’s showroom in Scottsdale, Ariz., the Batmobile will once again have its atomic batteries to power and turbines to speed for an asking price now at $5 million—kapow! (barrett-jackson.com)