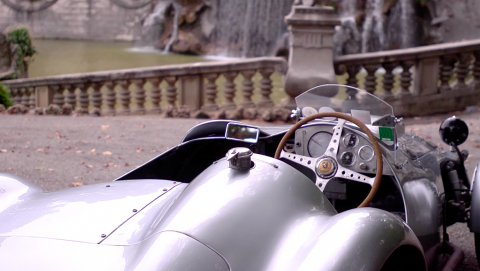 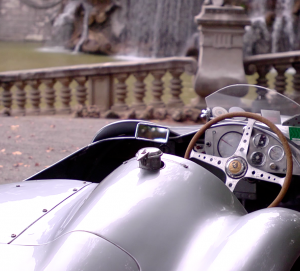 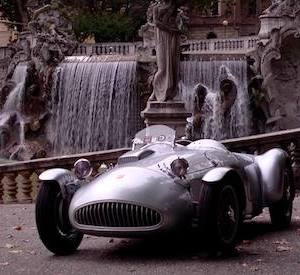 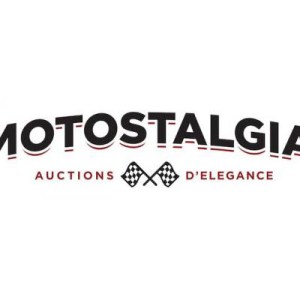 On the heels of a 1935 Alfa Romeo car driven by auto racing legend Tazio Nuvolari selling for a record $9.37 million, Motostalgia, one of the world’s premier luxury automobile auction companies, has announced it will offer a 1950 Cisitalia-Abarth 204A. This is the original car driven by Tazio Nuvolari during which he scored the final victory of his long career in the Palermo Monte Pellegrino hill climb at the age of 57. He died three years later in 1953. This 1950 Cisitalia-Abarth 204A holds the unique distinction of being the last of the Cisitalias, the first of the Abarths and the last car raced to victory by the legendary Tazio Nuvolari.

This original 1950 Cisitalia-Abarth chassis #04 is the most complete and well-kept survivor of the seven original models that were created. Chassis #04 is the only original 204A that was built for and raced by Tazio Nuvolari. The car’s originality is well documented including extensive Nuvolari racing photos from the 1950s and complete photo documentation of the recent restoration in 2010. There are numerous original documents such as the Abarth certificate of origin, the 1950 Certificato Di Approvazione (Certificate of Registration) and its current FIVA card (Federation Internationale Vehicules Anciens or International Federation of Historic Vehicles) verifying that the chassis #04 with its engine #014-1090 was the original car raced by Tazio Nuvolari during that infamous last race of his legendary career, which he won.

This one-of-a-kind piece of automobile history will be offered exclusively at the Motostalgia Auction d’Elegance during the weekend of the U.S. Grand Prix on Saturday, November 16, 2013 in Austin, Texas. This is the first time this automobile will enter the United States and it ranks among one of the most important race cars in history, expected to bring record bids from around the world. In addition to the historic Nuvolari car, 75 of the finest and most sought after vehicles from around the globe will also be offered.

“Preeminent car collectors recognize the immeasurable historic value of the original cars driven by legends such as Tazio Nuvolari,” said Antonio Brunet, President and Founder of Motostalgia. The legacy of Tazio Nuvolari is what heroes are made of. His life was part of an era where risk and speed gave way to legends. We are honored to be able to offer, for the first time at auction, this very rare opportunity to own the last car Nuvolari raced and won. Without a doubt, it will go down in history as one of the greatest cars ever sold.”

This all original 1950 Cisitalia-Abarth 204A #04 is the inspiration for the book “IL MISTERO 204” naming this legendary car as “La Prima Abarth and L’Ultima Cisitalia” (The First Abarth and the Last Cisitalia) and “Nuvolari La Vittoria Finale” (Nuvolari the Final Victory). The car has been displayed at several Italian museums since its restoration was completed in 2010. This car raced in the Mille Miglia in 1950 and in 2012 it won the Premio Speciale FIVA out of 370 entrants at the historic Mille Miglia, an award presented to the most historically signifcant car. The originality of this Cisitalia extends as far as the original Nuvolari footrest and the original cork wrapped steering wheel that Novolari’s hands held while winning his very last race before he died. The steering wheel alone is a cult item in the collector car world. Imagine the historical value of this complete car.

In addition to the rarity of the Nuvolari racing automobile, Motostalgia will offer 75 other impressive automobiles. The Motostalgia Auction d’Elegance event will take place the weekend of the U.S. Grand Prix in Austin, Texas on Saturday, November 16, 2013 at 4pm CST at the Austin Convention Center. Motostalgia will also host special previews, an exclusive gala and media presentations prior to the auction. Other featured automobiles include a 1930 Rolland Pilain, a 1933 Duesenberg Model J “Queen of Diamonds,” a 1991 Callaway Speedster #008 (one of only 10 produced), a 1998 G-Force Indy Race car, a 1957 Porsche Speedster, a 1989 Lamborghini Countach, a 1964 Amphicar and much more.

Motostalgia is unique in offering enthusiasts the opportunity to enjoy two of the most exciting events in motorsports: auctions and racing. Collectors and racing fans can partake in the Grand Prix of all auctions, Motostalgia Auction d’Elegance, and the US F1 Grand Prix 2013 race, both in Austin, Texas on the same weekend. Registered bidders will enjoy the opportunity to garner access to special ticket packages to the US Grand Prix 2013 race with up-close views of all the action, access to exclusive on-site venues and celebrity appearances including VIPS from the world of fashion, film, television and racing.

The auction will be streamed on the web and participants can bid on-site, by phone or online. Full color auction catalogs will be available for purchase on-line at www.motostalgia.com. The auction will be open to qualified bidders, media and consignors. Guest passes are also available for purchase. To register to bid go to www.motostalgia.com and click the Bid Registration tab or call (512) 813-0636.

An official bidder package can be purchased for $500 and includes: