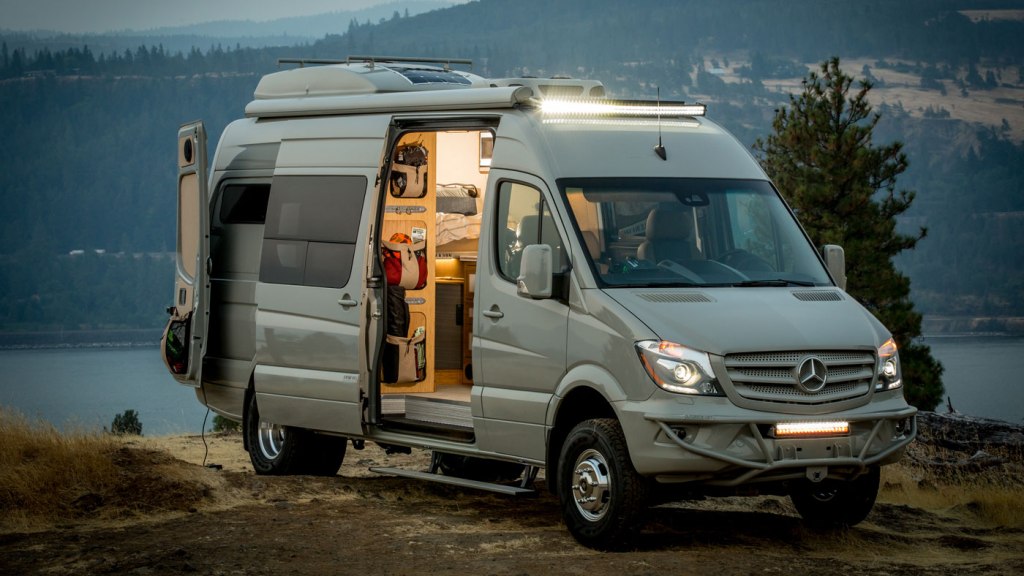 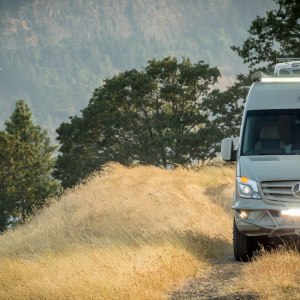 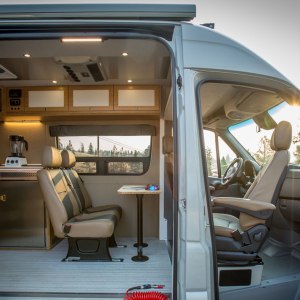 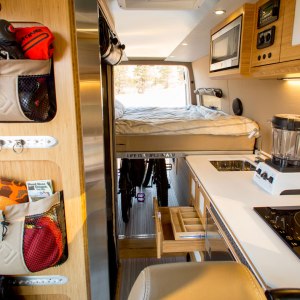 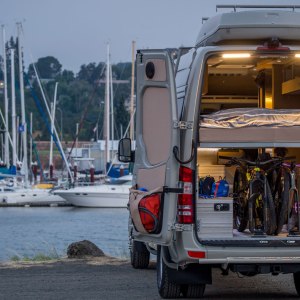 When it comes to the Power Station, there are certainly more aerodynamic and alluring vehicles on the road, but few are as capable. The $320,000 mobile home-away-from-home is the handcrafted creation of Oregon-based Outside Van, which takes $60,000 Mercedes-Benz Sprinter 4×4 vans and turns them into, well, whatever their customers desire.

“One client wanted the van for mountain biking outside of Las Vegas, so we built something that sleeps six, had a small garage for the bikes, as well as smoke machines and an $18,000 lighting system so they could have raves in the desert,” says Erik Ekman, chief executive officer of Outside Vans. “Another couple insisted we build lots of secret padded compartments so they could go on long road trips for gem shopping. What people want, we can do.”

Ekman has been tweaking vans for nearly three decades after first catching the bug as a diehard surfer. He’s now perfectly positioned to capitalize on the breaking #VanLife wave, which attracts everyone from successful techies eager to get into nature to true bohemians whose van is their home.

While many in the latter category often opt to do the van transformation work on their own (although the craze has driven up prices of even old Volkswagen buses tremendously), Ekman is the man for the makeover if potential owners have more ideas than skills.

Power Station is arguably his piece de resistance (incidentally, this one-off demo model is currently up for sale at around a 20-percent discount). The multipurpose transport started life as a 170-inch 2016 Sprinter, boasting the same capable off-road skill set as Mercedes’ vaunted, and recently updated, G-Wagon SUV. It’s transformation into the Power Station includes $24,000 worth of power-generating gear that includes battery packs, solar panels, and a diesel-based heating system.

“There’s not an RV on the planet that can take you where this van can, and keep you out there off the grid for a long time,” says Ekman. “Our goal is to consistently make the best and most expensive vans we can. We’re not interested in cutting corners.”

That mission is reflected in Power Station’s $12,000 worth of acoustic dampening material. “Remember, this comes new as a raw commercial van, it’s loud,” reminds Ekman. Modifications also include a $20,000 laser-cut stainless steel shower (with on-demand water heating) and an interior lined in Thinsulate, the same insulating material found in popular outdoor wear.

As for attention to detail, consider that the finely wrought wood and leatherwork that abounds in Power Station comes courtesy of a team of craftsmen Ekman hired away from a nearby yacht builder.

“Originally, I was selling vans to surfers, but the company has evolved,” he says, noting that customers for his vans—which average $180,000— range from “hard charging billionaires who want a vehicle to go to triathlons to people with remote dot-com jobs who, instead of a house, choose to live and work from a van, though admittedly a really nice van.”

Ultimately, the appeal of Power Station and its siblings is simple. Says Ekman, “The main driver is freedom and joy.”