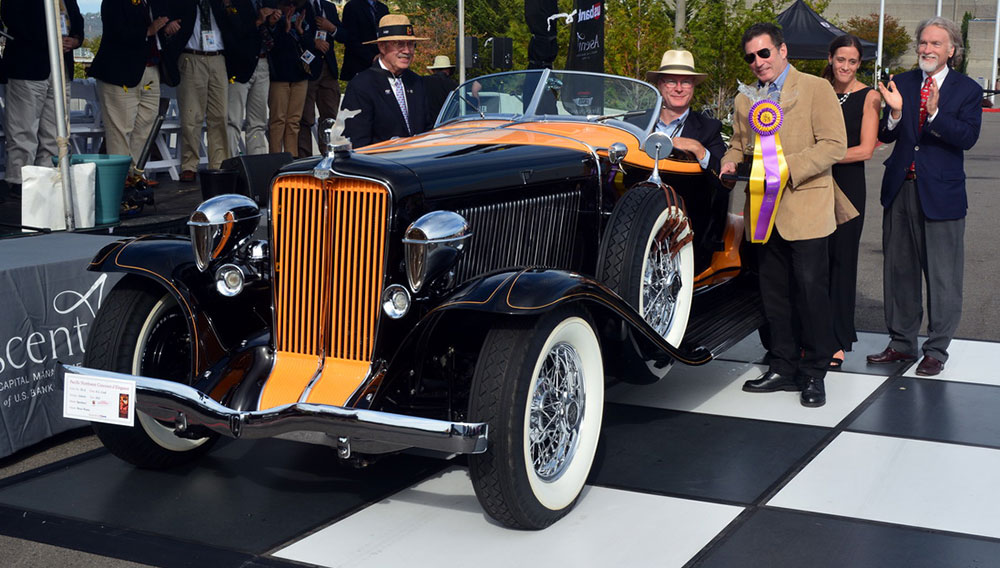 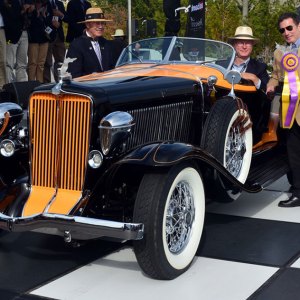 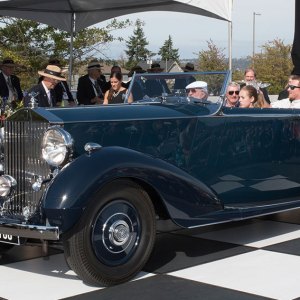 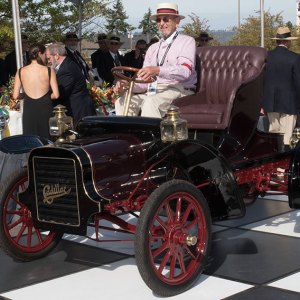 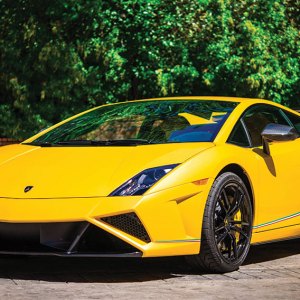 From September 11 through 13, approximately 1,200 car collectors and connoisseurs made their way to the 13th annual Pacific Northwest Concours d’Elegance in Tacoma, Wash., where over 160 acclaimed automobiles were on display at LeMay—billed as “America’s Car Museum.” Racing away with Best of Show was a 1932 Auburn Speedster (owned by Bruce Wanta)—one of several entries showcased in three categories devoted to the cars of E.L. Cord, the late business baron and former owner of the Auburn, Cord, and Duesenberg car companies.

The three-day exhibition fired up the ignition on Friday the 11th with the Tour d’Jour, a 100-mile meander that took participants around the scenic Puget Sound. On Saturday, the event’s signature Dinner d’Elegance featured cuisine created by James Beard Award–winning chef Tom Douglas. Also on the evening’s menu were both a live and a silent auction, a tribute to the museum’s 2015 Master Collector, Stephen Plaster (who owns over 500 cars), and a presentation by Chris Cord—E.L. Cord’s grandson.

On Sunday, the concours itself commenced on the museum’s 3.5-acre Haub Family Field. The entrants were judged across 13 classes, including Antiques Up to 1925, Super Cars, and the Elegance of Rolls-Royce—named for the event’s feature marque. Winning the latter was a 1937 Rolls-Royce PIII Tourer owned by Bruce McCaw, while Robert Monsen’s 1906 Cadillac Runabout and John Atzbach’s 2014 Lamborghini Gallardo Squadra Corse took top honors in the antique and supercar categories, respectively.

Assisting with the decisions were 20 high-school students enrolled in the Pacific Northwest Concours Junior Judges program. Paired with an expert, they learn competition criteria and how to develop a critical eye. With hopes to inspire future generations of enthusiasts, the concourse will funnel its net proceeds into the car museum’s Hagerty Education Program—established to provide education, scholarships, and opportunities to youth interested in the art of automotive restoration. (pnwconcours.org)