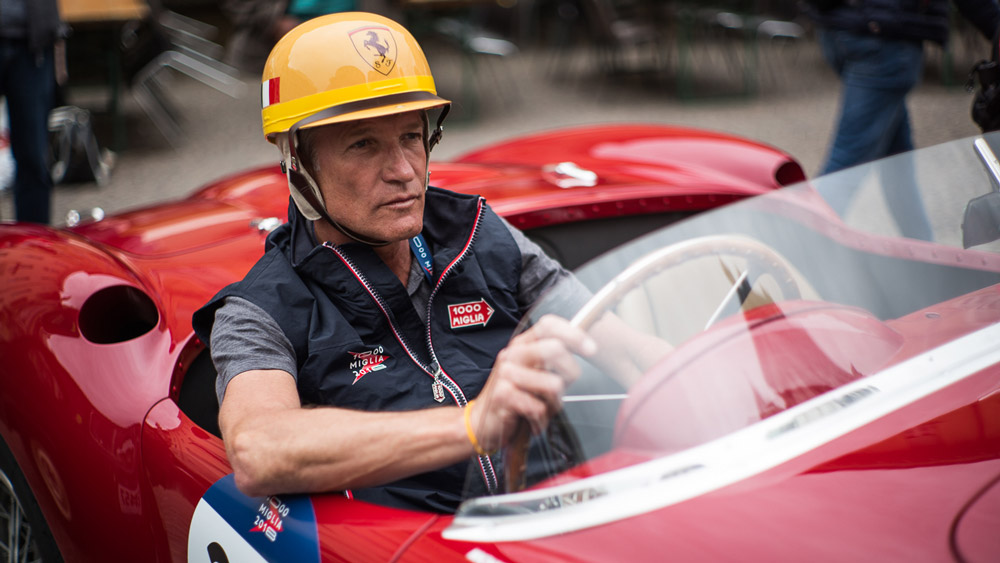 One of the most iconic accoutrements from the golden age of racing were the helmets worn by those earth-bound aces, men like Juan Manuel Fangio and Stirling Moss. While neither cars nor tracks from that era boasted much in the way of safety, these slim brain buckets were a way to ensure that you stood some chance of making it to the next race in the case of collision.

Today, plenty of companies make state-of-the-art helmets that safeguard the noggin from a blow. But if you’ve got a vintage machine from those retro days, you might be tempted to look the part. If so, you should know about a passionate man who has dedicated himself to handcrafting stunning headgear from a time when racers were true explorers in the realm of speed.

Danilo Coto Cruz, who lives and works just outside San José, Costa Rica, had been collecting vintage car and motorcycle helmets for decades when, about eight years ago, he decided to try his hand at making one for himself. Although the task seemed simple—those caps were little more than polo helmets with stubby visors—it actually proved complex, requiring a skill in everything from fine painting to expert riveting and leatherwork.

What to wear in an open-air Bugatti.  Photo: Courtesy of Pacto.

“I put pictures of that first helmet on my Facebook page and didn’t think much of it,” says Coto Cruz. “But then a guy from England saw it, and that was the beginning.”

Since then, Coto Cruz’s company, Pacto, has made hundreds of helmets for vintage racers around the world, from individual owners of old Maseratis to club owners of vintage Lotuses. His helmets feature a fiberglass outer shell and are lined in multiple layers of cork. Leather touches complete the look.

Pricing starts at around $800, and he has various styles, including a pure motorcycle look as well as two genres of car helmets—one that covers the ears, as was common in Formula 1 from the 1960s onward, and another for the 1950s crowd that features leather and cloth flaps over the ears. Everything is customizable, and about half his clients ask for bespoke leather colors or paint schemes, according to Coto Cruz.

“My business has been growing along with the boom in vintage car events, especially in Europe,” he says, noting that to date most of his output is split between England and Asia, although the U.S. is coming on strong. “You see someone in a vintage car, whether they’re in the Mille Miglia or just going for a ride, and having the right helmet just completes the look. It makes me feel good to just be able to complement the scene.”