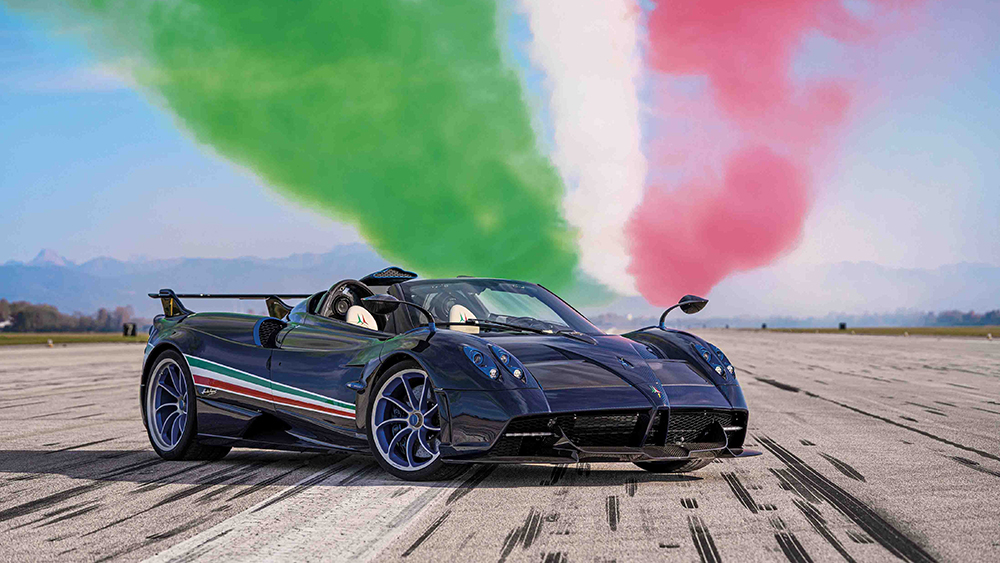 Pagani is sticking to what it knows—for now.

At a time when the rest of the auto industry is embracing electrification, the boutique hypercar maker says it will continue to build vehicles powered by V-12s for the foreseeable future, according to Autocar. The marque’s founder doesn’t think an EV could live up to the Pagani name yet.

Brands like Lamborghini and Bugatti may be developing battery-powered models, but the internal-combustion engine still reigns supreme as far as Pagani is concerned. It’s not that the brand hasn’t thought about making an EV, but after four years of research Horacio Pagani doesn’t think the technology has advanced far enough. Specifically, he feels that EVs currently lack emotion and are too heavy because of their battery packs.

The Pagani Huayra Roadster BC  Pagani

“The challenge is to make an EV that gives good emotion like a normal ICE. Pagani isn’t going to do something just with good performance, as you can do this [now], but to give emotion to the driver,” he told the British magazine. “The idea should be to make a lightweight car, but this is the biggest challenge. The dream would be a [2,866-pound) EV, but this isn’t possible.”

Although Autocar and other outlets initially reported that Pagani was pulling the plug on EV development, that doesn’t appear to be the case. On Friday morning, one day after the publication’s story ran, the marque told Top Gear that while it does not believe it could currently produce an EV that would meet its high standards, it will continue to explore the possibilities of electrification going forward.

“We will launch when the technology is ready,” a spokesperson for the brand told the website, “and the Pagani EV will be unmistakably and quintessentially ‘Pagani’.”

Pagani did not immediately respond to a request for comment from Robb Report on Friday afternoon.

It’s a good thing the automaker isn’t completely anti-EV. While enthusiasts may rejoice at the news of at least one hypercar sticking with the V-12, selling those cars might prove to be increasingly difficult going forward. At the end of June, Europe agreed to ban the sale of all gas- and diesel-powered vehicles starting in 2035. While the automaker’s sales don’t all come from its home continent, one expects that countries and continents will soon follow in its footsteps.