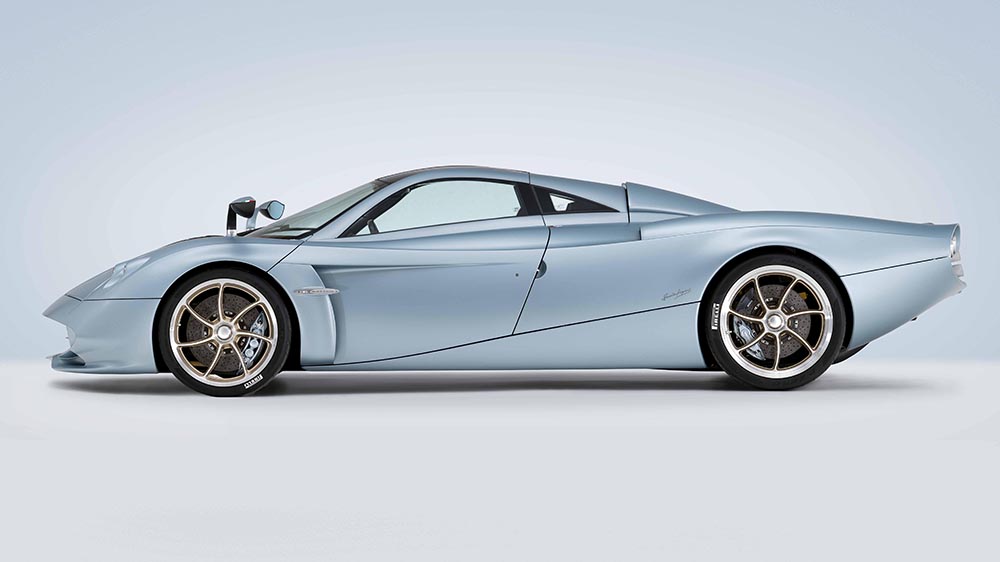 Pagani may be best known for its futuristic hypercars, but it still understands the value of looking to the past for inspiration.

The Italian marque has just unveiled a new variant of the decade-old Huayra called the Codalunga. Limited to only five examples, the latest version of the brand’s second model sports an ultra-aerodynamic longtail design.

Pagani has already said it hopes to unveil a third model later this year, but it’s not ready to say goodbye to the Huayra just yet. Since the hypercar made its debut at the Geneva Motor Show way back in 2011, the automaker has released eight different variants, along with 13 one-off examples. The latest version—which is the handiwork of the company’s re-branded special projects division, Pagani Grandi Complicazioni—may be the one that stands out the most thanks to a reworked shape inspired by Le Mans race cars of the 1960s.

Inside the Huayra Codalunga  Pagani

The difference can be seen in the Codalunga’s streamlined fascia and smoother lines but comes through most clearly in its completely redesigned rear section. The new rear engine cover is 14 inches longer than that on the original Huayra coupé and covers over 12 square feet of space. The back of the car also lacks a grille, giving you an unobstructed view of its new ceramic-coated exhaust system, which weighs 9.7 pounds. The car’s elegant interior has been left untouched, but the new exterior is radically different, allowing it to cut through the air with even less drag.

Underneath the Codalunga’s giant new engine cover is an uprated version of the AMG-sourced twin-turbocharged 6.0-liter V-12 that’s been at the heart of past Huayras. This time around it can pump out 840 horses and 811 ft lbs of twist. For comparison’s sake, the original version of the hypercar’s mill was capable of producing 730 hp and 738 ft lbs of torque. No performance numbers have been released for the variant, but considering its new shape and relatively low curb weight (Pagani says the vehicle weights just 2,822 pounds) we’d be willing to wager it won’t lack for speed.

The Huayra Codalunga costs $7.4 million. That’s almost a mil more than the model’s previous most expensive variant, the Tricolore, which started at $6.7 million. Only five will be made, though, all of which are already spoken for. That doesn’t mean you’ve missed out on the longtail Huayra, though. We have a feeling one will end up on the auction market at some point. Just be prepared to pay even more for it.

Check out more photos of the Huayra Codalunga below: