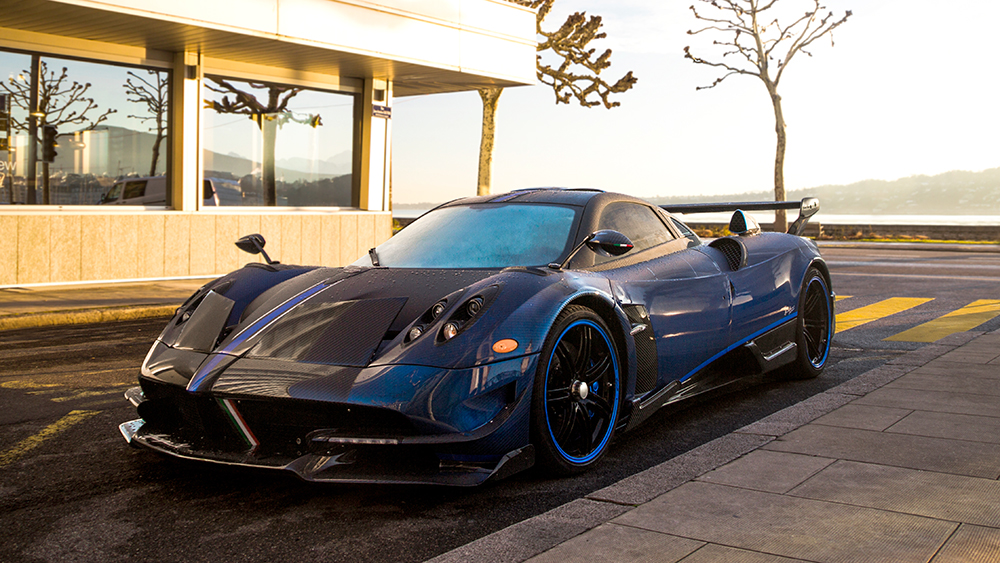 In 1999, a former Lamborghini staffer named Horacio Pagani arrived at the Geneva Motor Show where he unveiled a stunning, exotic supercar called the C12 Zonda. His beautiful creation took the automotive world by storm, and for the past two decades, innumerable special-edition and one-off Zondas and Huayras have wowed car collectors and exotic buyers alike. Now, ahead of the 20th anniversary of his first reveal, Pagani promises to stun Geneva yet again.

Pagani’s public relations flack Giulia Roncarati confirmed there “will be a big surprise that we know everyone will love,” to CarBuzz, though “right now we’re keeping it a secret.”

So what will the mystery car be? Rumors abound. Pagani dropped the Huayra Roadster on us at Geneva in 2017, but was relatively mum at the Swiss show last year, instead waiting until Pebble Beach to release the Gyrfalcon edition Roadster. CarBuzz muses a “final” Zonda could be lurking under the covers—a machine that Pagani has claimed they’ve retired from production—despite allegedly continuing to produce models upon request.

Or it could be another one-of-one variation on an existing model, which Pagani is known for constructing. Several of those custom jobs have found their way into the hands of Pagani collectors or sellers, like Prestige Imports’ Brett David, Miami’s Pagani dealer.

There’s also the option that it could be an entirely new model. While this may be more of a pipe dream than reality, the timeline tracks with Pagani gaping it’s all-new models about a decade apart, given the Huayra’s emergence in 2011 some 12 years after the Zonda. If it’s something completely new, a thousand questions abound, including would that wonderful engine partnership with Mercedes-AMG cease in favor of something with a hybrid, or would it be a fully electric powertrain? The 2019 Geneva Motor Show press days begin March 5th, so we’ll have to wait until then to find out.