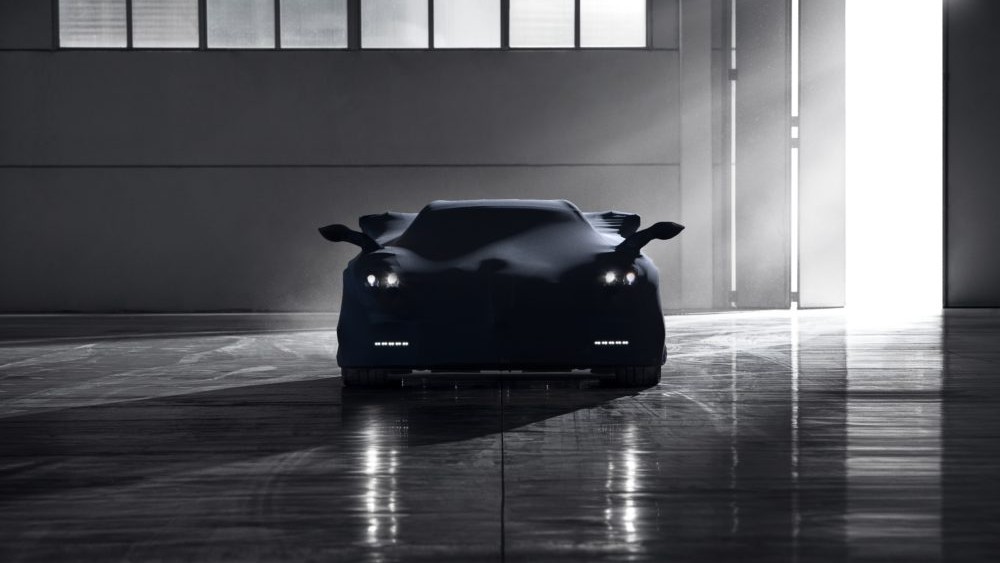 Pagani is giving speed junkies a new reason to rejoice. The Italian automaker appears to have new convertible hypercar in the works, and some industry observers are speculating that it will be unveiled next month at Monterey Car Week.

The company first teased the Huayra BC Roadster last week when it posted a shrouded image of it on social media along with the words, “A tremendous science and design challenge.” And just to clear up any possible confusion, the automaker included the hashtag that fans around the world wanted to see: #roadsterbc. While other details are currently unavailable, the timing of the post, which was followed up with another shadowy Instagram pic over the weekend, have many in the car world convinced that the car will make its public debut at the Pebble Beach Concours d’Elegance in mid-August.

The new roadster’s specs, like its release, are still unknown. Luckily, the Huayra Roadster and the BC Coupe offer a good idea of what to expect. Named one of Robb Report’s Best Supercars of the 21st Century, the 238 mph Huayra Roadster is powered by a Mercedes-AMG V-12 capable of producing a stunning 764 hp. The BC Coupe has similar specs, but the ultra-light hypercar weighs in at 291 pounds lighter than the standard Huayra, so expect the same to be true of the BC Roadster.

The price is also a mystery, but considering that the Huayra Roadster goes for $2.4 million and the BC Coupe for $2.5 million, it seems fair to assume that the BC Roadster will cost at least in that range, if not more. There were also only 20 examples of the BC Coupe produced, so expect Pagani’s latest to be equally scarce.

As impressive as the BC Roadster sounds, it will be far from the only illustrious ride collectors will want to get their hands on at Monterey Car Week this year. Other marquee cars at the annual show include a 1994 McLaren F1 “LM-Specification,” a 1958 Ferrari 250 GT Series I Cabriolet and James Bond’s Aston Martin DB5.