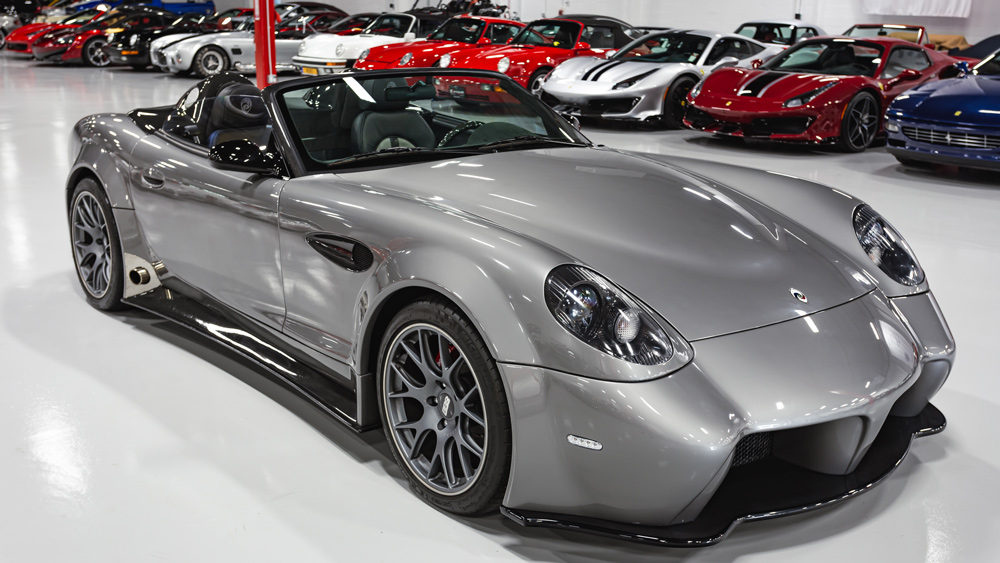 The Panoz Esperante traces its roots to the Esperante GTS of 2000, a successful competitor in Sports Car Club of America (SCCA) racing events and the first in a family of street-legal sports cars bearing the name. Competition variants followed, and Panoz is probably best known for its racing success with the Esperante GTLM cars, which scored class wins in 2006 at the 12 Hours of Sebring, and, with Team LNT, scored the GT2 class victory at the 24 Hours of Le Mans, beating Porsche and Ferrari.

Panoz, based north of Atlanta, Ga., has pioneered high-tech applications of superplastic forming (SPF), better known as super-formed aluminum, since the company’s beginning. As a constructor of track-inspired machines, Panoz is one of those best-kept secrets, known only to hardcore enthusiasts who keep an eye out for the unusual and rare. The Panoz DNA is inextricably linked to motorsports and the experience gained in that high-pressure arena, so it’s no surprise that its street cars—from the first Panoz Roadster to the radical GTR-1—are built with performance as the prime objective. Despite their purpose-built nature, however, vehicles in the Panoz Esperante series offer creature comforts, luxury amenities and a level of craftsmanship befitting any six-figure model. 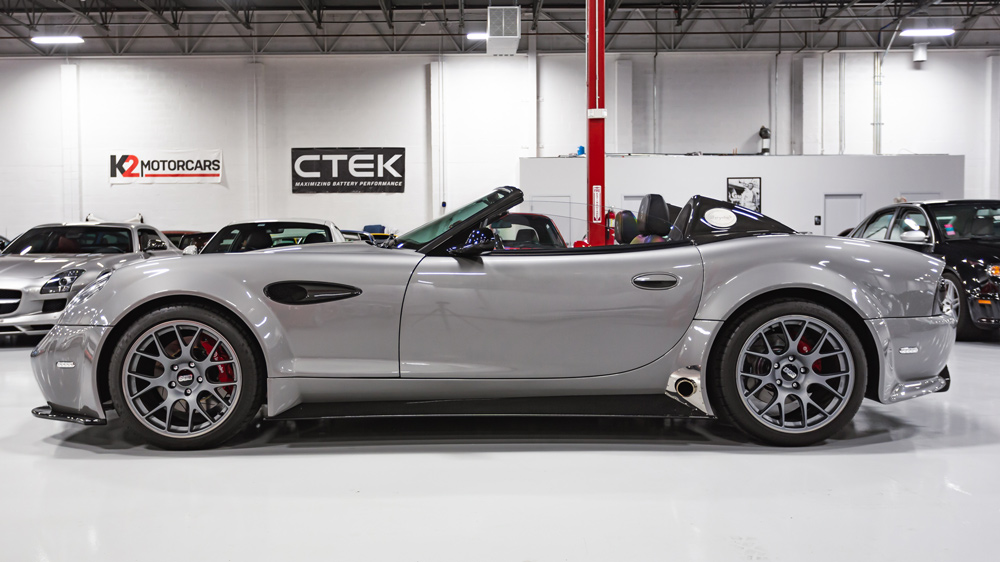 Debuted at SEMA 2014, the Esperante Spyder GT is essentially a street-going version of the proven Panoz GT2 racecar from the American Le Mans Series, sans roof and finished to high-end standards. Panoz built 25 commemorative Esperante examples for the company’s 25th anniversary, but only three in the Spyder GT configuration. Its proportions and scale project a traditional look in the spirit of a 1960s-era roadster, though nothing about the car is retro, and in fact, the design still looks fresh today and is likely to survive into the future without appearing dated. 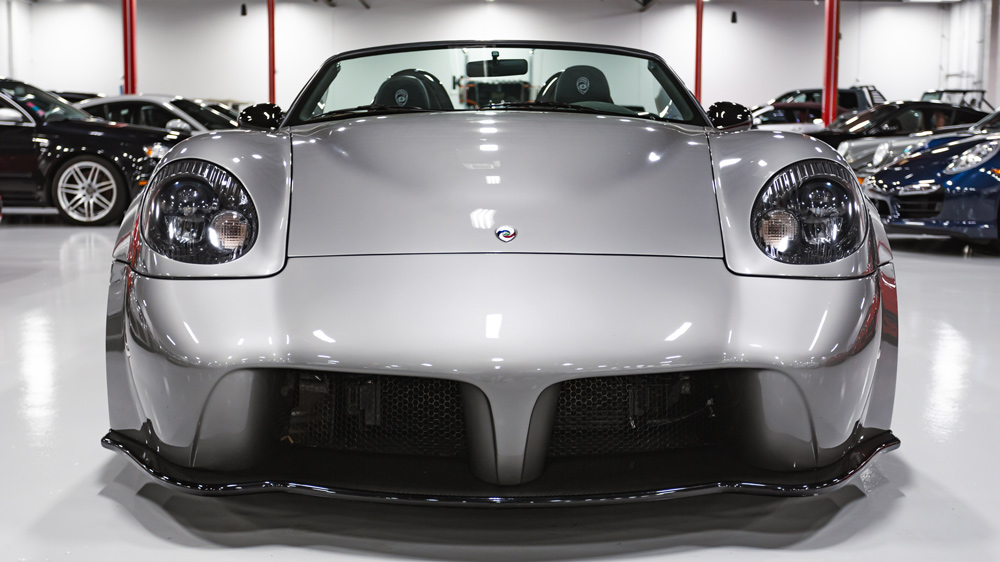 The Esperante Spyder GT is essentially a street-going version of the Panoz GT2 racecar.  Photo: Courtesy of Collectors Xchange.

What’s also definitely not dated are the materials used in its fabrication, aimed at keeping the Esperante Spyder GT down to a fighting weight of 3,350 pounds. The body manufacture employs superplastic forming so that the end result is rigid, lightweight and strong. Components made of carbon fiber abound, including the front splitter, rear diffuser and tonneau cover. 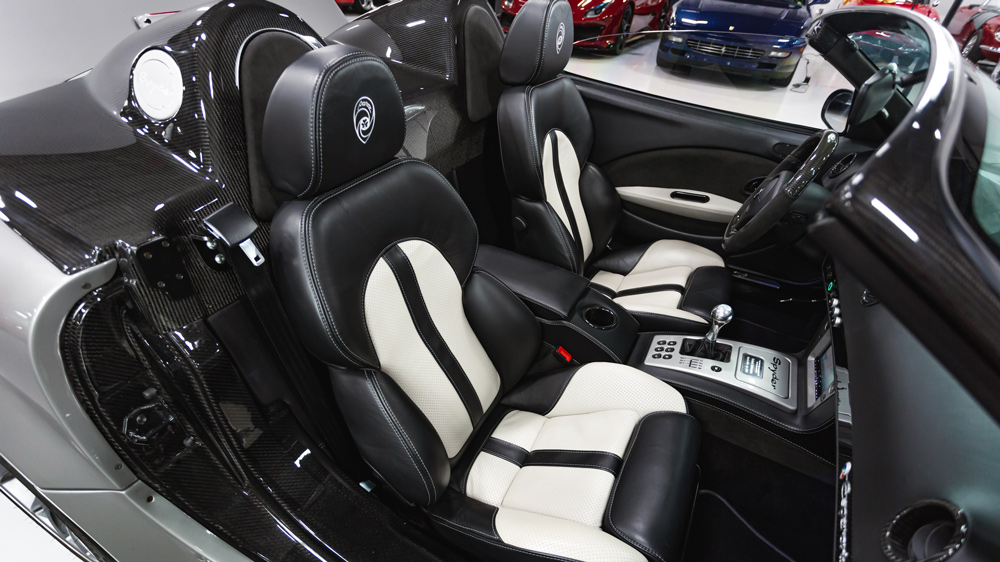 The exterior and interior aesthetic will likely survive into the future without appearing dated.  Photo: Courtesy of Collectors Xchange.

Notable, and giving the variant an even more aggressive stance than others in the Esperante line, are wider carbon-composite body panels with unique side exhausts. The car’s underpinnings are an all-aluminum chassis with tubular steel subframes and carbon-fiber composite superstructures. The suspension system uses independent upper and lower control arms with adjustable coil-over springs and shocks, and steering is power-assisted rack-and-pinion. Brakes are by Brembo; 14-inch two-piece floating discs with six-piston monobloc calipers in front and 13-inch discs with four-piston calipers at the rear. Added style comes from BBS one-piece wheels, fitted with 275 front tires and 325s in back. 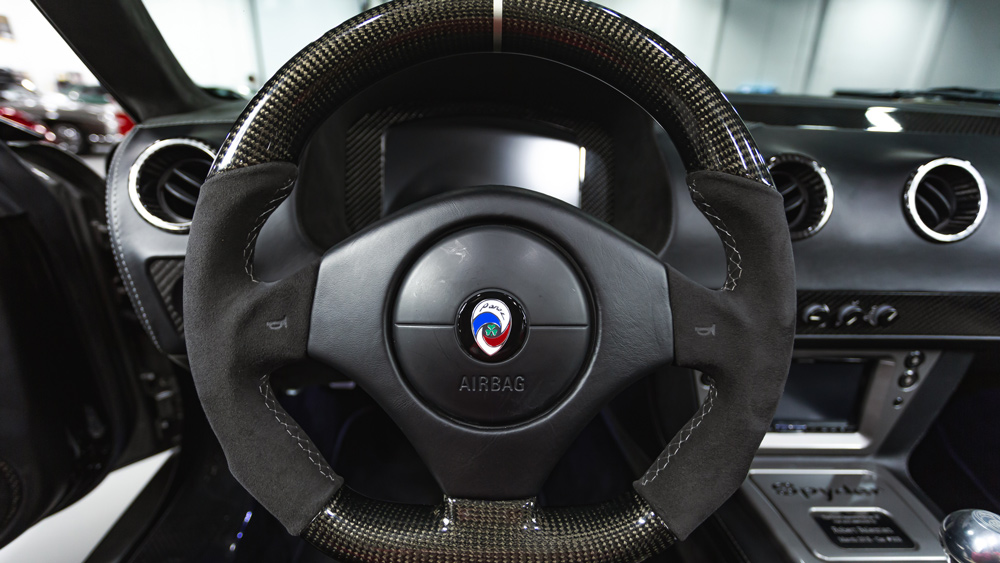 The cockpit is dressed in Alcantara, leather and carbon-fiber trim.  Photo: Courtesy of Collectors Xchange.

The car’s strength is in both power and handling. Under the hood is a Chevrolet LSA aluminum V-8 engine displacing 6.2 liters. Supercharged and upgraded by Panoz/Élan, it develops 560 hp. And a Tremec T56 Magnum six-speed manual transmission stirs things up in traditional sports-car style.

Inside, the Alcantara-and-leather interior features attractive carbon-fiber trim, and the soft top stows in the trunk. This Esperante Spyder GT is finished in special-order Alubeam Silver, a Mercedes-Benz paint color that complements the soft curves and aggressive stance of the roadster. 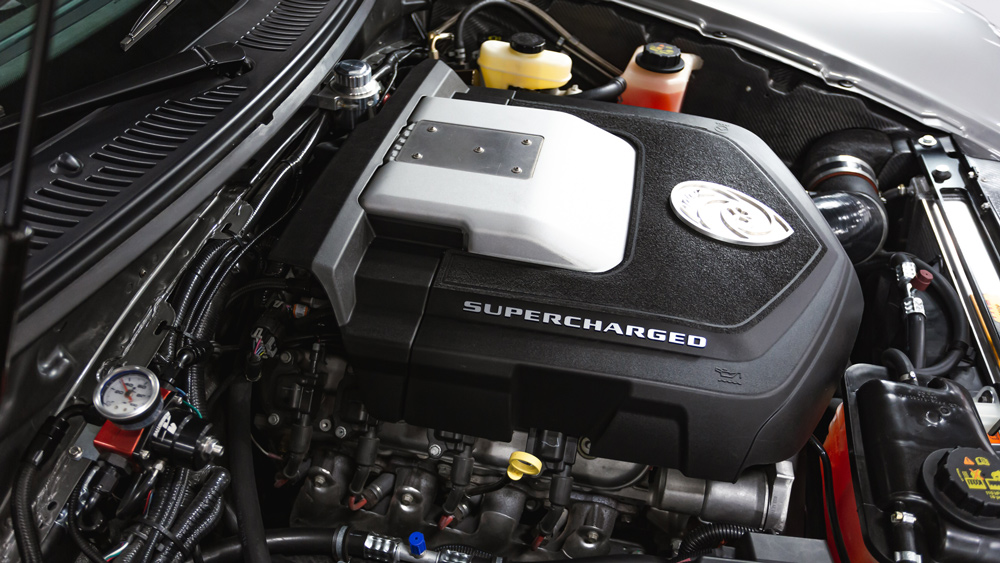 While it’s difficult to imagine finding an Esperante Spyder GT on sites like eBay or Bring a Trailer just any day of the week, this 2015 example, priced at $226,243 when new, is on the virtual auction block at Collectors Xchange beginning May 7.