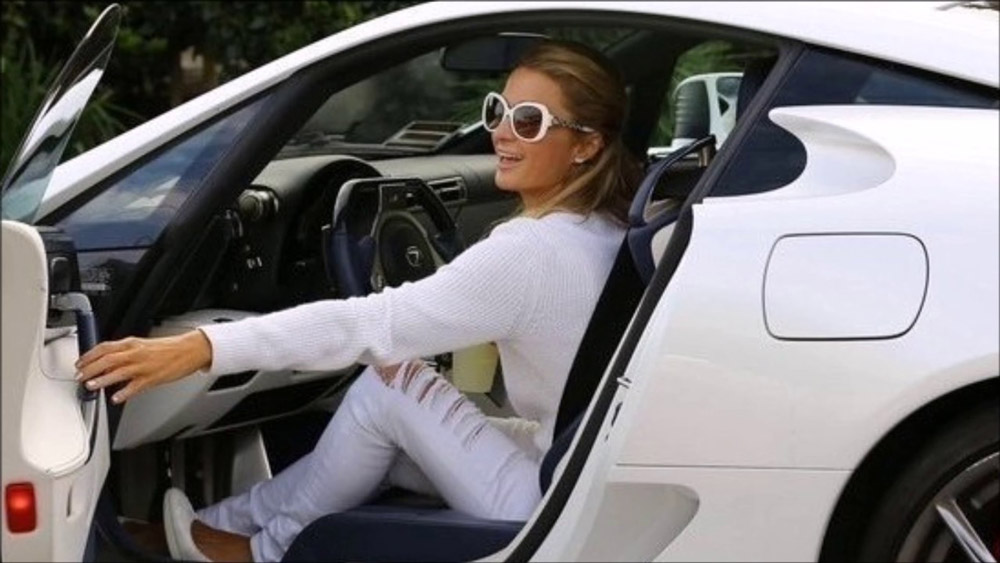 Did you know that hotel heiress and socialite Paris Hilton once owned one of the coolest supercars ever, a Lexus LFA? We didn’t either. But now you can buy her pearly-white 2012 example—with only 3,930 miles on the clock—for $448,900.

The car is being offered by Ohio-based exotic car dealer Marshall Goldman. The dealership acquired it from a Florida owner who bought it from Ms. Hilton in 2014 when she switched her affections to a McLaren 650S Spider.

The story goes that back in 2011, the celebrity businesswoman was gifted a new banana-yellow LFA for her 30th birthday from boyfriend-of-the-day, Vegas entrepreneur Cy Waits.

When the relationship ended, Ms. Hilton reportedly returned the car to Waits, but loved the Lexus model so much she went out and bought this metallic pearl-white example.

During the couple of years she owned the car, it featured on her reality TV show “The World According to Paris Hilton,” and appeared in a number of her Instagram posts. In one of the latter, she gushed: “Love driving this baby around. Such a fast, sexy, fun car!” There was also the time the car hit the headlines when it refused to start in a Beverly Hills valet parking area. Seems Ms. Hilton had left the lights on and the battery died.

First shown as a concept back at the Detroit auto show in 2005, the LFA was created as a performance halo for the Lexus brand. A two-year production run kicked off in 2010 with a limit of just 500 cars. The base price was $375,000.

Only 500 examples of the LFA were produced.  Photo: Courtesy of Marshall Goldman.

At the time, the car was a true automotive tour de force. It featured a super-stiff carbon-fiber monocoque chassis and a screaming 553 hp, Yamaha-developed 4.8-liter V-10 with a 9,000 rpm redline. The Grand Tour’s Jeremy Clarkson still describes it as the best car he’s ever driven.

Ms. Hilton’s former ride is in exceptional condition, as you’d expect with so few miles on it. Its unmarked paintwork is complimented by stealthy 20-inch, dark-finish forged alloys with red brake calipers.

“The car is in spectacular condition,” says Danny Baker, COO at Marshall Goldman. “The price reflects that, along with the car’s exceptionally low mileage, its rarity and the LFA’s increasing values. We chose not to add anything to reflect Paris Hilton once owning the car. We’re throwing in the celebrity factor for free.”