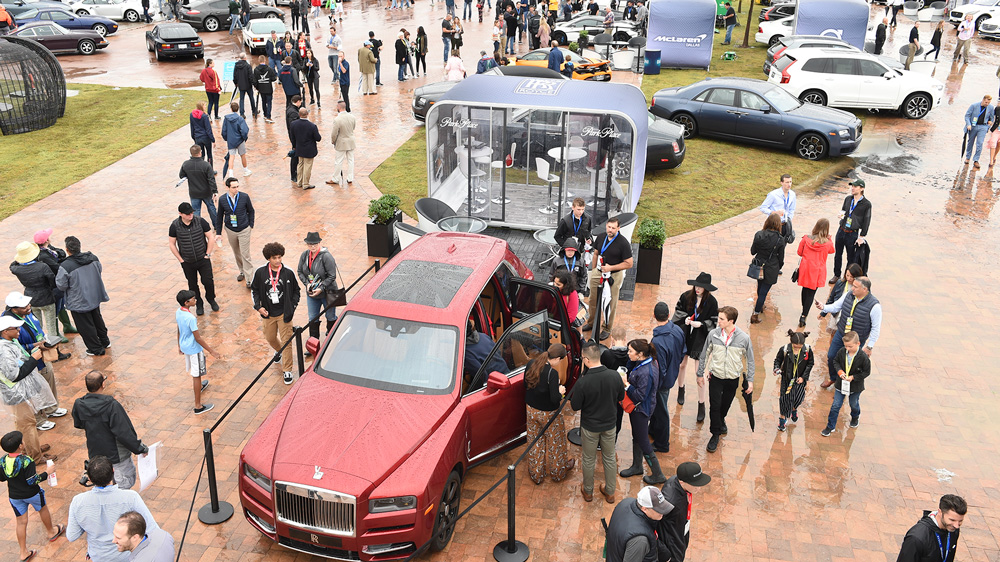 When it comes to the world’s premier displays of automotive art, think Pebble Beach, think Amelia Island, think Goodwood. Soon, however, you might be adding one more venue to that esteemed list. Dallas, Tex. Created just three years ago, the Park Place Luxury & Supercar Showcase is rapidly becoming the Lone Star State’s leading car show. On display, upwards of 350 of the world’s finest automobiles.

This year’s event is set for Saturday September 28 on the fairways of the sprawling Four Seasons Resort in Irving, a suburb of Dallas. It will mix new cars and best-of-the-best classics, with those lifestyle event essentials of food, wine, music and fashion.

The Showcase is the brainchild of Ken Schnitzer, chairman and owner of Park Place Dealerships, which counts an impressive 17 high-end marques in his ever-expanding portfolio. Everything from Rolls-Royce and McLaren to Karma and Koenigsegg.

“Everything in Texas is bigger, and this show is no exception,” says Schnitzer at a recent event at the Four Seasons Resort previewing this year’s Showcase. “It’s a great opportunity for people to see and touch some of the very latest luxury models in a terrific setting.”

In addition to new models, the field will also include classic examples from numerous car clubs.  Photo: Courtesy of the Park Place Luxury & Supercar Showcase.

Schnitzer works with his automaker partners to ensure the latest in their lineup are present. Bentley will be showcasing its 2020 Flying Spur, McLaren its new golf-club-carrying GT, Rolls-Royce its Back Badge and Cullinan models, and Karma with its Revero GT. And Schnitzer has his fingers crossed that Porsche will send its all-electric Taycan. The target is 50 to 60 new models in total.

McLaren North America president Tony Joseph, who was on hand at the preview, says the Showcase is one of the company’s must-attend events. The British marque has been a sponsor since the inaugural show in 2017. “With McLaren being a relatively new company, everything we do is about brand awareness and exposure,” notes Joseph. “Events like this allow us to introduce McLaren to potential customers and showcase the brand to a wider audience.”

As a measure of the location’s importance to McLaren, the carmaker has just announced that it’s moving its US headquarters from New York City to Dallas. Joseph has secured a 30,000-square-foot facility which will be fully operational by February.

The Showcase will also feature more than 100 classic cars from the collections of local owners. Plus, there will be more than 200 four-wheelers, new and old, from local car clubs. Close to 5,000 tickets to the event, have already been sold. Says, Schnitzer; “We’ve come a long way since our first Showcase. But we’re only just getting started.”