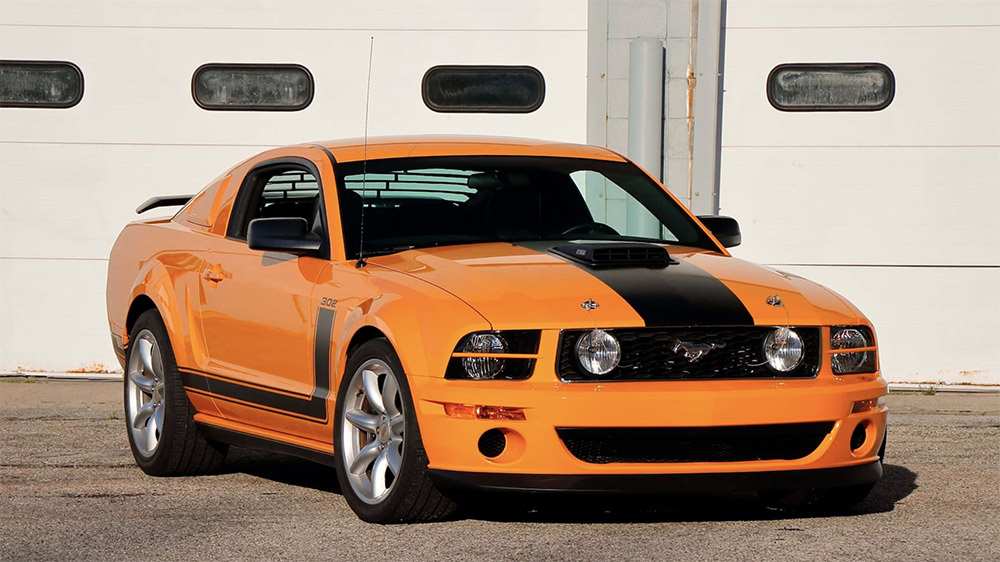 With a history that dates back nearly six decades, there have been dozens of special Ford Mustangs. Still, few of those were built to honor an American racing legend.

Next week, a 2007 Ford Mustang Saleen Parnelli Jones that belonged to the celebrated race car driver himself is scheduled to hit the block at Mecum Auctions’ Indy 2021 sales event. The first of only 500 examples, the striking speed machine remains in pristine condition and will likely fetch big money because of that.

Jones is unquestionably one of US motor racing’s true legends. In addition to having one of the sport’s most memorable names, he’s won at nearly every level as a driver and team owner, whether it was in an open-wheel racer, stock car or off-roader. His success on the track has earned induction into over 20 different racing halls of fame, including the International Motorsports Hall of Fame and the Motorsports Hall of Fame of America.

Despite having an Indy 500 win to this name, Jones is most closely associated with the Bud Moore Boss 302 Mustang he drove during his dominant 1970 SCCA Trans American Sedan Championship season. And it’s this car that was the inspiration for Saleen’s limited-edition 2007 ‘Stang. Like Jones’s original, chassis no. 001 features a bold orange paint job, offset by a matte black racing strip and matching decals. The same color scheme carries over to the interior, though the dashboard, steering wheel and center console have all been done up in classic black and silver. The dash also features the signatures of both Jones and Steve Saleen.

In addition to its special paint job and interior package, the modern-day muscle car is powered by a mammoth 5.0-liter V-8 with forged internals, according to Motor1.com. The specially tuned mill produces a maximum of 400 horsepower and 390 ft lbs of torque, all of which is sent to the rear axle via a five-speed manual transmission. Jones’s original Boss 302 was a beast, but this street-legal version is even more powerful. It also has only 6,520 miles on odometer, meaning it remains in great shape 14 years after rolling off the line.

Jones’s Mustang Saleen is scheduled to go up for bid on Saturday, May 15, according to the auction house’s website. No estimate has been given, but considering who it belonged to, and the condition it’s in, we expect it’ll fetch top dollar. Definitely far more than its original $61,565 sticker price.