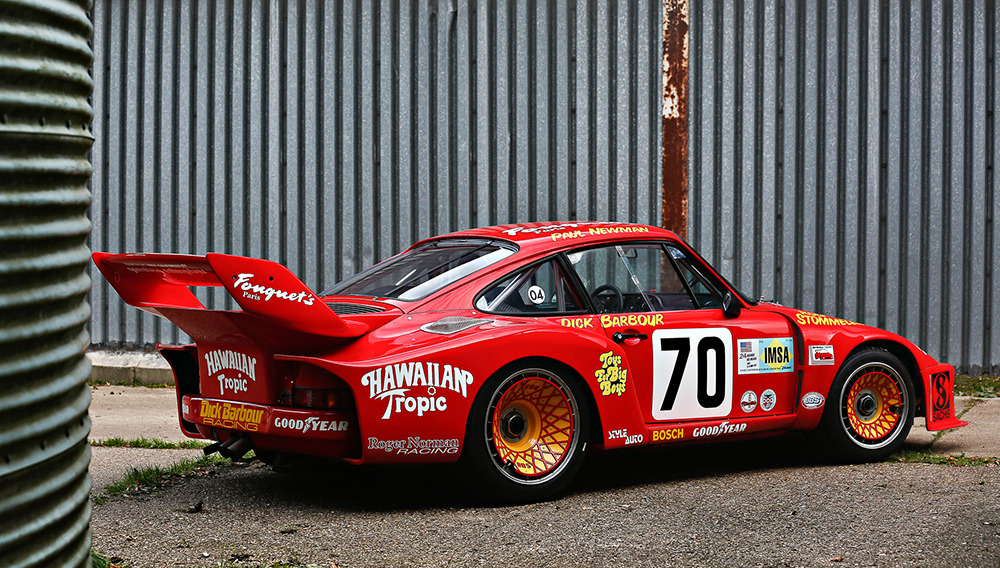 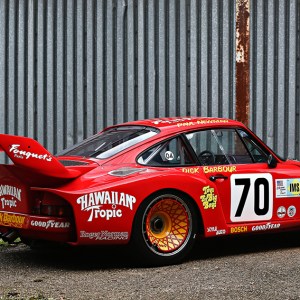 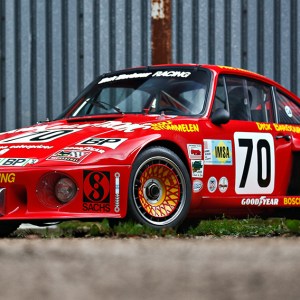 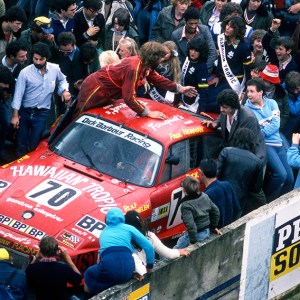 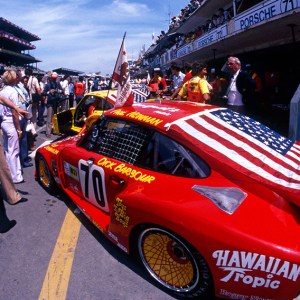 An A-list automobile will take center stage once again when Paul Newman’s 1979 Porsche 935 crosses the block at Gooding & Company’s Pebble Beach Auctions in Pebble Beach, Calif., running August 20 and 21. One of the most important models in the marque’s history, the 935 garnered over 150 wins in its competitive career from 1976 to 1984. As part of that tally, this particular example contributed first place finishes at the 1981 24 Hours of Le Mans and 1983 12 Hours of Sebring.

Despite those victories, however, chassis No. 009 0030 gained fame in 1979 as the car that Paul Newman drove for his first appearance at the 24 Hours of Le Mans. Under the banner of Dick Barbour Racing, 54-year-old Newman shared the driving detail with Rolf Stommelen and Barbour himself. The actor’s appeal drew a record number of spectators, who witnessed the car come in second overall. The following year, Apple Computers campaigned the car, which proved to be the company’s sole foray into auto racing. In 2006, restoration specialist Paul Willison returned the racer to pristine 1979 fashion, including the “Hawaiian Tropic” designation representative of the original sponsor at Le Mans. It went on to win Best in Class at the Amelia Island Concours d’Elegance in 2007, likely helping it to earn the current high presale estimate of $5.5 million.

Newman’s own competition coupe is not Gooding & Company’s only Porsche in the paddock, however. A rare Rothmans Porsche 911 SC/RS (estimated from $1.4 million to $1.8 million) is also drawing attention for being one of only six designed specifically for the European Rally Championship and Middle East Championship. Chassis No. 110 008 went on to win in the Kuwait, Qatar, and Medeora rallies, as well as the Ypres 24 Hours and the FIA Middle East Championship (twice) from 1984 to 1987—all with rally royalty Saeed Al-Hajri (known as the “King of the Dunes”) behind the wheel.

With far less road experience but equally exceptional, a 1994 Porsche 964 Turbo 3.6 S Flachbau (estimated value from $1.4 million to $1.8 million) will also fall to the Gooding & Company gavel. A top-of-the line 911 variant at the time, only 76 examples were produced. The immaculate manifestation on offer still maintains the dealer’s window sticker and has less than 40 miles on the odometer, as it was bought new and immediately sequestered in a renowned collection.

The official auction house of the Pebble Beach Concours d’Elegance, Gooding & Company will hold the sale at the Pebble Beach Equestrian Center at 4 pm and 6 pm on Saturday and Sunday, respectively. The public will be able to preview all of the lots beginning on August 17. (goodingco.com)