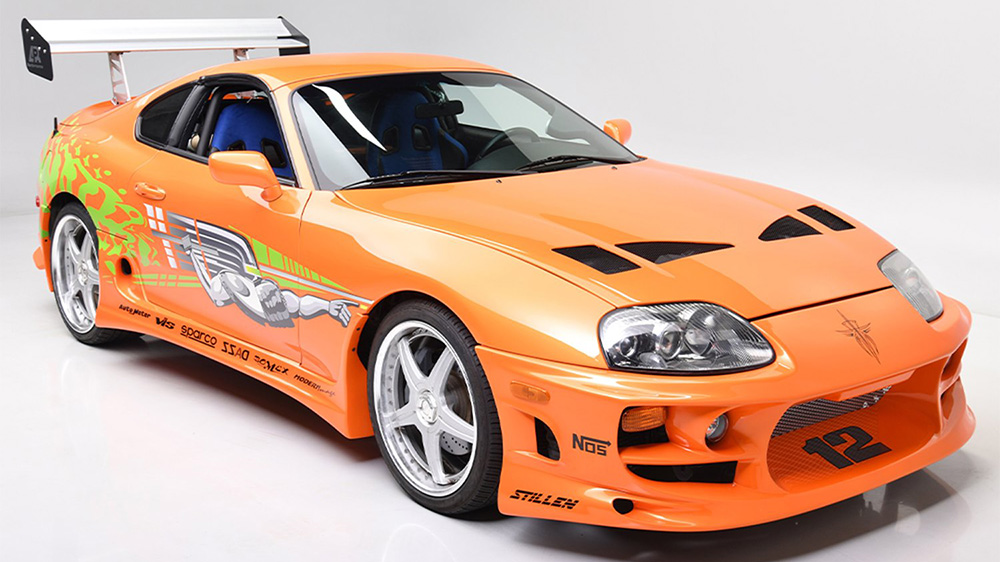 It’s all but impossible to pick a top car from the Fast & Furious movies, but few mean more to fans as the Supra the late Paul Walker drove in the first film. Now that car is up for grabs.

The 1994 Supra MK IV is one of the headlining lots at Barrett-Jackson’s annual Las Vegas auction taking place June 17-19 in Sin City. And unlike some movie cars, this is one cinematic speed machine you can actually take out for a spin.

The neon orange sports car is one of the franchise’s most iconic vehicles due in no small part to its role in one of the most famous scenes from the original Fast and the Furious. In the sequence, Walker’s Brian takes Vin Diesel’s Dom out for a drive in the freshly restored Supra and ends up smoking a Ferrari in a race after its owner brags about its “more than you can afford, pal” price tag. But the car’s role in the franchise wouldn’t stop there, as it was repurposed (and repainted) by the studio for use as Slap Jack’s gold 1993 Supra in the film’s sequel, 2 Fast 2 Furious.

This specific example was used for both interior and exterior shots during the filming of the first entry in the long-running series. Although it was given a makeover for the second movie, it’s since been returned to its “original” glory. This includes a Bomex front spoiler, TRD-style hood, side skirts, APR aluminum biplane rear wing and a set of 19-inch Dazz Motorsport Racing Hart M5 Tuner wheels, according to the auction house. Most importantly of all, though, its finished in Lamborghini Diablo Candy Orange pearl paint and features the famous Troy Lee-designed “Nuclear Gladiator” decal along the side. Under the hood, you’ll find twin-turbo 2JZ-GTE 3.0-liter inline-6 that sends power to the rear axle via a 4-speed automatic transmission.

This isn’t the first time a 1994 Supra from The Fast and the Furious has gone up for auction. But the previous example was a stunt car that didn’t feature a turbo-charged mill. Because of that, expect this car to sell for north of the $185,000 the stunt car sold for. Considering the affection fans still have for this Supra, that’s only to be expected.