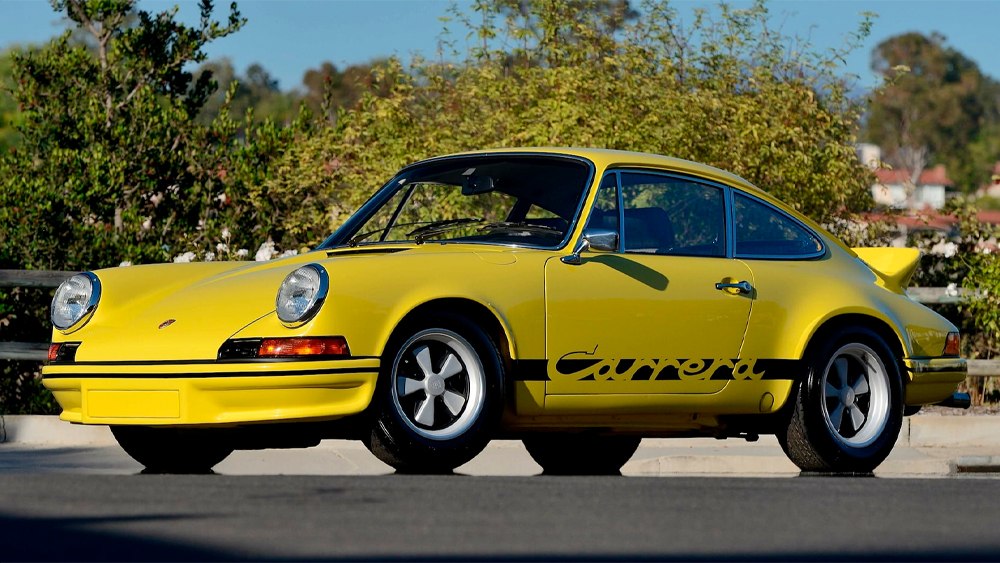 Back during the salad days of the Fast and Furious franchise, the classic Porsche market was already venerating the legendary 911 Carrera RS 2.7.

Produced for only one year, the so-called ducktail 911 earned its rightful place in history through its pared down adherence to racing homologation rules and more powerful version of Porsche’s notorious flat-6 powerplant. The rigorously streamlined 911 drew the admiration of enthusiasts from the get-go, achieving its initial estimate of 500 sales so quickly that production was later tripled, with 1,580 units of the aggressively tuned two-seater eventually rolling off the line.

Among those smitten by the RS’s specialness was late actor, racer and all-around car enthusiast Paul Walker, who purchased a 1973 example on the internet in 2011. Walker enthused about the car on The Tonight Show with Jay Leno, claiming that he bought the two-seater sight unseen, because it was from, “the golden era of Porsche, [and was built] the year I was born.” Walker’s collection would later encompass an eclectic, but thematically cohesive selection of cars that included numerous BMW E36 Lightweights, a Nissan R32 Skyline race car and a ’64 Chevrolet Chevelle Wagon.

RS values have skyrocketed in the years since. Hagerty estimates that a “Concours” condition RS was worth around $335,000 when Walker bought his, but puts that number at closer to $900,000 today. Walker’s light yellow RS will likely punch through to an even higher stratosphere when it crosses the Mecum auction block in Monterey in a few weeks.

Before Walker’s untimely death in a car accident in 2013, he undoubtedly enjoyed RS chassis No. 9113600901 for its lightweight construction and decidedly analog-era mechanical honesty. In its day, it was the first car tested by a German trade magazine to achieve 0 to 62 mph in under six seconds, according to Porsche.

This particular numbers-matching RS has 58,268 miles on the clock and a rebuilt drivetrain, brakes and suspension, as well as a reupholstered interior. It appears to be a clean and diligently cared-for example that would do well at any event. Add in the Paul Walker effect, and the right bidders might hit the nitro boost and land well beyond Mecum’s $1 million to $1.25 million estimate.