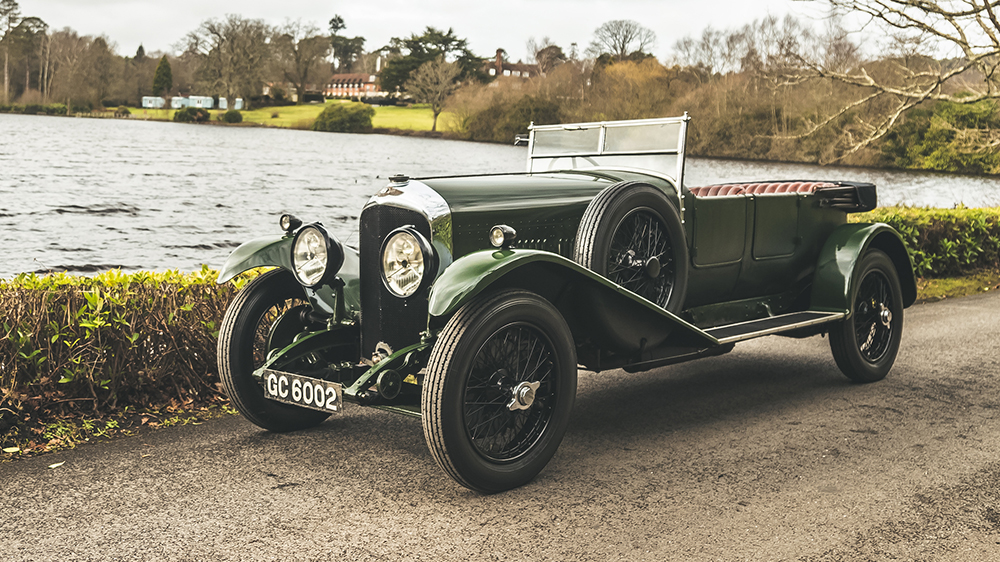 The hit series Peaky Blinders was loosely inspired by a gang that prowled the streets of Birmingham and London during the early 1900s. Everything from the sharp, tailored suits to the gorgeous vintage cars in the BBC show artfully emulate the era. Now, a rare Bentley once owned by a prominent underworld figure of that same era will headline Concours of Elegance in London’s Hampton Court Palace this September.

The car in question is the Peaky Blinders Bentley 4.5-liter that was originally delivered to Mr. Arthur Grout in 1930. Grout was, among other things, the landlord of the Southhampton Arms in London. This notorious pub was at the center of the “race track wars” of the 1920s, which was recently made famous by the binge-worthy TV show.

During this time, Bentleys with this specification were delivered as “Rolling Chassis” and equipped with bodywork by a chosen coachbuilder. Grout opted for a sports four-seater by Vanden Plas. Finished in green, the heavy chassis classic features an aluminum crankcase and an extra-long bonnet just like the racing models of the 20th century.

The Bentley 4.5-liter is presented in mint condition.  Joseph Harding

Under the hood, it’s fitted with a six-cylinder mill mated to a four-speed gearbox that produces around 110 horses. That was an impressive amount of power for the ‘30s and no doubt helped with fast getaways.

In 1935, Grout’s pride and joy was returned to the factory after he failed to keep up repayments. It’s had just a handful of owners since and is presented in mint condition. The car has never been rebuilt, only maintained, and has covered less than 100,000 miles in more than nine decades.

This remarkable time capsule will be presented alongside a bountiful collection of Bentleys at the Concours of Elegance, taking place from September 3-5. Other prized historic rides include an early 1926 6.5-liter Sports Tourer and a highly successful 1928 Bentley 4.5-litre Le Man racer.

To see the cars up close, you can buy tickets here. Alternatively, check out the photos below: