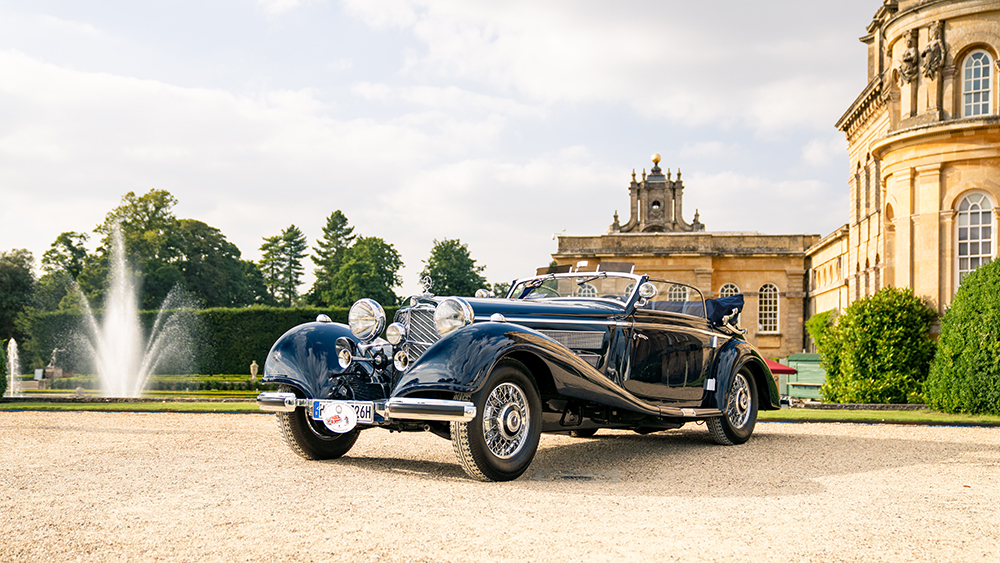 There’s good. There’s better. And then, there’s best. But what about the best of the best? This is something we know a lot about at Robb Report. Epitomizing the tippy top of the winningest winners is a tough business, a task the Peninsula Hotels takes seriously by appointing the pinnacle of classic cars from the world’s top concourses every year at Monterey Car Week from their Quail Lodge & Golf Club property in pastoral Carmel Valley, California.

This time around the selection is predictably epic, covering an eclectic gamut of exceptional vehicles. Below, see the eight elite finalists.

This beauty scored the Best of Show prize at Concorso d’Eleganza Villa d’Este. This jaunty rapscallion is one of nine built, and competed in the Mille Miglia only five days after it was delivered.

Another silver fox from Maranello, the 1957 Ferrari 250 GT Berlinetta Tour de France was originally owned by racer Pierre Noblet. In spite of—or likelier because of—its extensive race history between 1958 and 1960, the car was purchased for a boggling $1,500 in 1975. One complete restoration (and many years) later, the Ferrari won Best in Show at the Cavallino Classic.

On the even jauntier side is the 1974 Lancia Stratos HF Stradale, which is one of only 500 road-going cars which were built for World Rally Championship homologation. Restored by Carrozzeria Dino Cognolato, this HF scored the top prize at the Goodwood Cartier Style et Luxe Concours d’Elegance, and is widely considered to be one of the world’s top examples.

Three of this year’s finalists are 1938 Mercedes-Benz 540 Ks, pointing to the model’s vaunted status in the concours microcosm. The high-speed tuned Mercedes-Benz 540 K Autobahn-Kurier is the only one of its kind on the planet, and won the 70th Pebble Beach Concours d’Elegance.

The Mercedes-Benz 540 K Spezial Roadster boasts a disappearing top and suicide doors (not to mention its Best of Show award at The Quail, a Motorsports Gathering).

Rounding out the embarrassment of Mercedes-Benz riches is the 540 K Cabriolet A, whose supercharged inline-8 engine endowed it with an impressive triple-digit top speed, which didn’t hurt its chances of winning Best in Show at the Salon Privé Concours.

Hailing from the Amelia Island Concours’ top spot is a stately 1926 Hispano-Suiza H6B Cabriolet, whose wildly varied ownership history includes the King of Tunisia, the 12 Hours of Sebring founder, and a Long Island mail man.

Last, and certainly not least, is the 1934 Avions Voison Type C27 Aérosport Coupe, one of only two C27s built. Miraculously, this specimen was saved from being sold for scrap metal and restored in 2004 by Dominique Tessier, who rebuilt the Hampton Court Palace Concours winner from just three reference photos of the original.

Which of these exquisite vehicular specimens will be standing atop this impossibly elegant dogpile of classics? Tune in Sunday, August 14 to find out which of these most exquisite finalists earns the Best of the Best award.

Click here to see all photos of the finalists of the Peninsula Classics.