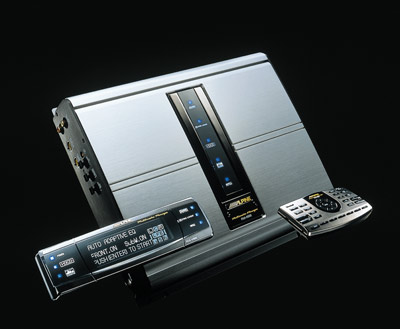 Jim Bolton knows every inch of unused space in a Ferrari. “Some of the tighter cars are Ferraris,” says Bolton, the owner of Performance Sound & Security, a car audio aftermarket specialist near San Jose, Calif. “There’s barely room for a coat or a small bag.” He should know. Bolton has designed and installed some of the finest audio systems in thousands of vehicles, including more than 200 Ferraris.

The success of Bolton’s business and others like it contradicts the notion that the engine’s howl is the only sound drivers want to hear. “I enjoy listening to my car stereo better than my home system,” says Noel Lee, founder and president of Monster Cable. Bolton has modified most of Lee’s more than 30 Ferraris, Porsches, BMWs, and other luxury cars (including one of the first Murciélagos delivered in the United States) that showcase Monster car audio connectors and cable.

Achieving great sound requires an audiophile’s ear and a car designer’s understanding of physics. One of Bolton’s current Ferrari projects involves a $20,000 sound system with an Eclipse CD8053 head unit, a Brax 2400 amplifier, a JL Audio subwoofer, and downward-firing Dynaudio 340 three-way speakers situated in a custom enclosure. “We put [the speakers] under the dash not just because there was room,” Bolton explains. “When the speaker is behind you versus in front of you, there is a longer distance for the sound wave to travel.” When he finishes the project (indeed, the majority of installations), he will not have drilled a single hole in the car.

Because of their size, shape, and performance, some components are better suited than others for particular car models, says Raul Becerril, the owner of 310 Motoring, an aftermarket shop in Los Angeles. For a 360 Modena Spider, he recommends two 61⁄2-inch MB Quart speakers in the front doors. MB Quart speakers, he explains, are his choice for convertibles because of their bright sound, or tendency to accentuate the top frequencies. “They’re highly efficient, so you can hear the highs even when the top is down,” he says. If the driver’s preference is volume rather than breadth of frequency, he installs Boston Acoustics Pro speakers because of their ability to play loudly and retain an enjoyable sound.

As Becerril suggests, it is imperative to consider the car owner’s music preference. “It’s so much harder to please someone who wants [the sound] loud than someone who wants it clean,” he says, pointing to the power demands on the wiring, the alternator, and the battery. For fans of classical music, a highly adjustable processor, such as the Eclipse CD8053 or Alpine’s F#1, is paramount.

Digital processing can solve the problem created by sitting off-axis from the sound source. “Milliseconds are really important,” Bolton says. “We can adjust the time delays and levels and make it feel like [the sound] is coming out of the windshield.” This is the type of sound that is music to Lee’s ears. “Life’s too short to ride in any car with a bad sound system,” he says, “or to ride in a great car with a bad sound system.”