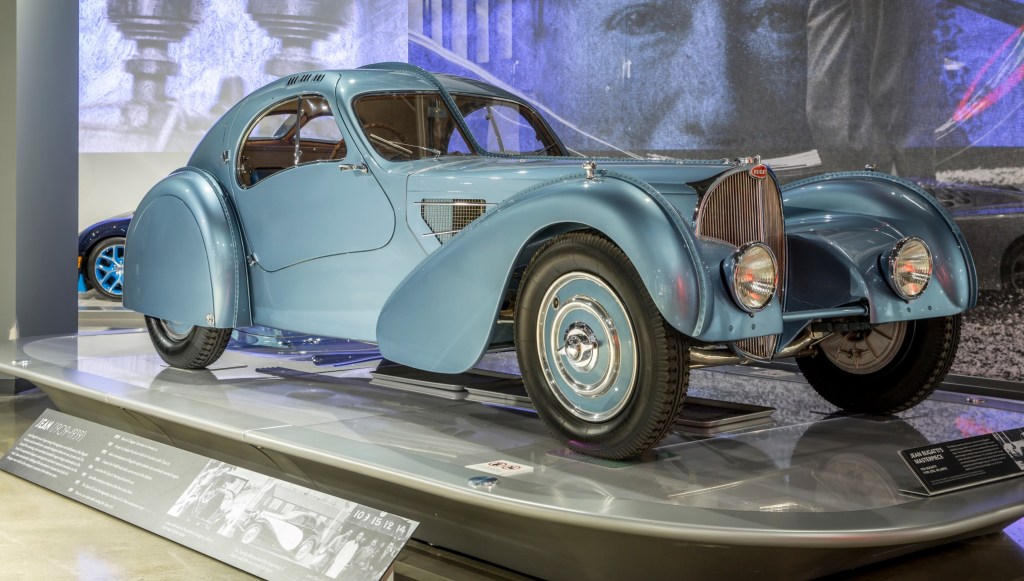 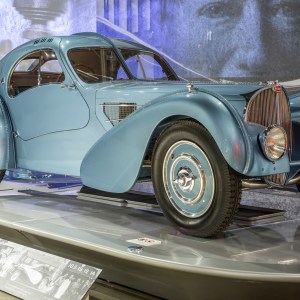 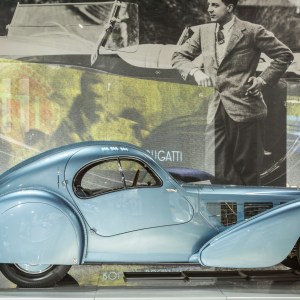 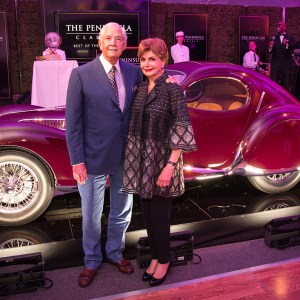 On Sunday, January 15, a motoring marvel of ethereal engineering and design added to its accolades when Peter Mullin’s 1936 Bugatti Type 57SC Atlantic won Best of Show in the Arizona Concours d’Elegance at the Arizona Biltmore. And the ultra-classic coupe could not have a better steward. A world-renowned car collector, Mullin is also the founder of the Mullin Automotive Museum in Oxnard, Calif., and serves as chairman of the board for the Petersen Automotive Museum in Los Angeles.

RobbReport.com recently spoke with the acclaimed automobile aficionado about his victorious vehicle, what makes the marque so monumental, and if there is still a must-have model out there that he’s missing.

RobbReport.com: What was the first collectible car that you acquired?

Peter Mullin: Well, the first car I ever owned was a 1953 Chevrolet Bel Air convertible but what I would consider my first collectible car was a 356 Porsche coupe from 1965. Being a California boy, I would watch Porsches go up and down the Pacific Coast Highway and it was always a thrill. Finally, when I was able to buy one on my own, the 356 seemed like a great model to try for.

RR: Which is your favorite classic marque and why are you attracted to its automobiles?

PM: Our entire collection is focused on French cars, mostly pre-war along with some post-war examples, and the marque that is nearest and dearest to my heart is the Bugatti. Of all the pre-war French cars, Bugattis represent the apex when it comes to the combination of performance, engineering, and aesthetic—a package so visceral that it is hard to stop looking at them. Then, of course, they amassed an enormous track record of victories with Type 35s, Type 37s, and Type 51s—all throughout the 1920s and ‘30s. That combination of winning history and sculptural beauty was irresistible to me.

RR: In your opinion, what makes the Bugatti Type 57SC Atlantic so iconic and captivating?

PM: I think that it was the crème de la crème of Jean Bugatti’s young, brilliant life. With a teardrop shape, riveted spine, slightly raked windscreen, and 3.3-liter engine, it’s just a drop-dead gorgeous car. Jean made four examples, of which only two still exist in their original state today.

RR: Can you share with us the provenance of your particular example?

PM: After the prototype Aerolithe was designed in 1935, Jean Bugatti went on to make the one I currently own, the 57SC, with a lowered body and rear axle that goes through the frame. The first of the four, it was built for Lord Victor Rothschild, a young man in London who was from a very famous family. He actually blew up the engine and subsequently sold it to a couple of guys in the car restoration business, Robert Arbuthnot and T.P. Tunnard-Moore, in 1941. They brought it back to its glory and restored the engine and supercharger.

The car eventually ended up in the collection of Dr. Peter Williamson who had it for roughly 30 years. About seven years ago, after Williamson’s death, I acquired it from his family and share ownership with Rob Walton.

RR: Describe the car’s state at the time?

PM: The car was in perfect condition, having already been given a ground-up restoration, so there was nothing to do except take good care of it. We store it in a humidity-controlled environment, regularly change the fluids, and exercise it periodically to make sure the tires are rolled.

RR: It sounds like you still drive it. Describe the experience.

PM: I do and it’s remarkable to drive—really fun. You might expect something that exotic, so low and sleek, to be difficult but it handles great and the acceleration is terrific. After all, with that 200 hp engine it can go about 130 mph. The car was unusual for its time and, in fact, is still unusual in performance. I don’t drive it a lot because of the rarity, obviously, but when I do, it’s a thrill.

RR: Your example just won Best of Show at the Arizona Concours d’Elegance. What other awards has it garnered?

PM: We took home Best of Show at Pebble Beach in 2003. That is the pinnacle of the automobile world, it’s tough to beat that. Arizona was the first event the 57SC has been entered in since and, along with Best of Show, the car was named the People’s Choice and Top Bugatti—it was an amazing day for us.

RR: Where is the winner currently located?

PM: We’ve had the car on display at the Mullin Automotive Museum for years but have moved it to the Petersen to be the centerpiece of the new Art of Bugatti exhibit.

RR: Finally, is there another rare car that you currently covet?

PM: I would have answered that question with an absolute “yes” a few years back but I’ve been lucky. The ones I really wanted the most have fortunately found their way into our collection. For instance, my 1937 Talbot-Lago [pictured below], known as the “Goutte d’Eau,” competed against all of the other top show winners from 2015 and earned the Peninsula Classics Best of the Best Award. We also found a Figoni-bodied Delahaye, which I have always absolutely adored, and were able to add it to the collection a number of years back. So, while I would never say never, I’m a pretty happy camper right now.