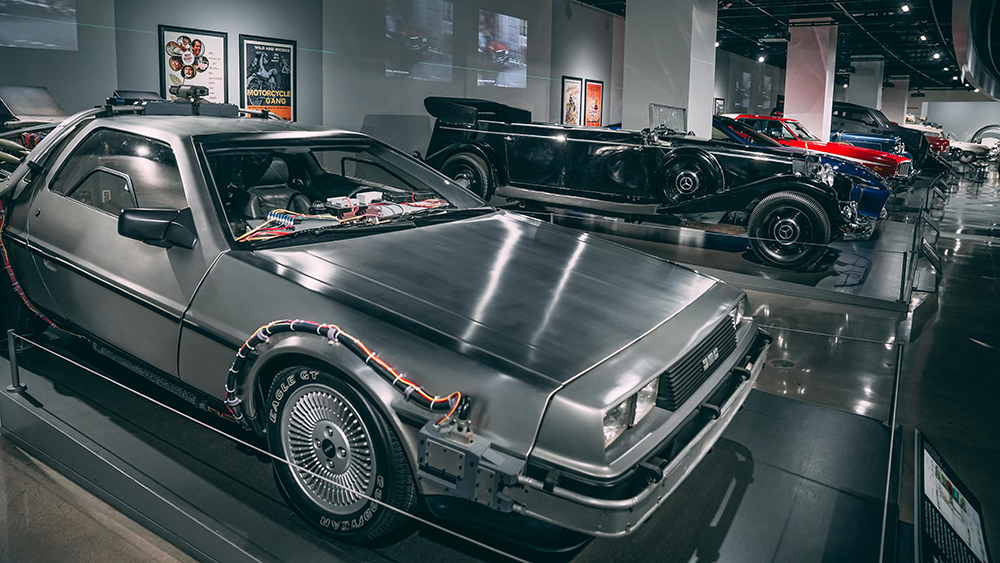 Petersen Automotive Museum is giving cinephiles the chance to get up close and personal with the vehicular stars of the big screen.

The LA institution, which houses one of the largest automotive collections in the world, launches a new exhibition on March 12 dedicated to Hollywood’s most iconic rides.

Located in the Omaze Hollywood Gallery on the museum’s third floor, the show comprises an array of world-famous cars, motorcycles and bespoke vehicles that have one thing in common: They’ve all been featured in film over the past century.

The 1989 Batmobile that was driven in the Batman films starring Michael Keaton as the Caped Crusader.  Petersen Automotive Museum

“We are excited to display what are genuinely some of the most iconic vehicles from Hollywood’s long and storied history of film and television series production,” Petersen’s executive director Terry L. Karges said in a statement.

One of the stars of the show is the Batmobile, which was driven by Michael Keaton in Batman (1989) and Batman Returns (1992). Based on a 1967 Chevrolet Impala, the black beast is powered by a powerful Chevy V-8 and features parts sourced from a British Harrier fighter jet.

Other standout cars include the 1981 DeLorean “Time Machine” featured in the Back to the Future trilogy (top), the wildly popular 1959 Cadillac Miller-Meteor dubbed “Ecto-1” that appeared in the Ghostbusters films and a 1933 Auburn Speedster Replica used in The Great Gatsby (2013).

It’s not just four-wheelers on display, either. The motorcycle from Terminator Salvation (2009) will be on display alongside a bonkers one-wheeler from Men in Black 3 (2012). You might remember Agent J (Will Smith) and a young Agent K (Josh Brolin) chasing down Boris the Animal (Jemaine Clement) on this high-tech monocycle.

“The unique collection is sure to appeal to fans of movies and television along with any automotive enthusiasts,” Karges added.

While at the museum, movie buffs can also check out the “Bond in Motion” exhibition in the Mullin Family Grand Salon, which features more than 30 vehicles from the beloved 007 franchise.

Tickets can be purchased on the Petersen Museum website.