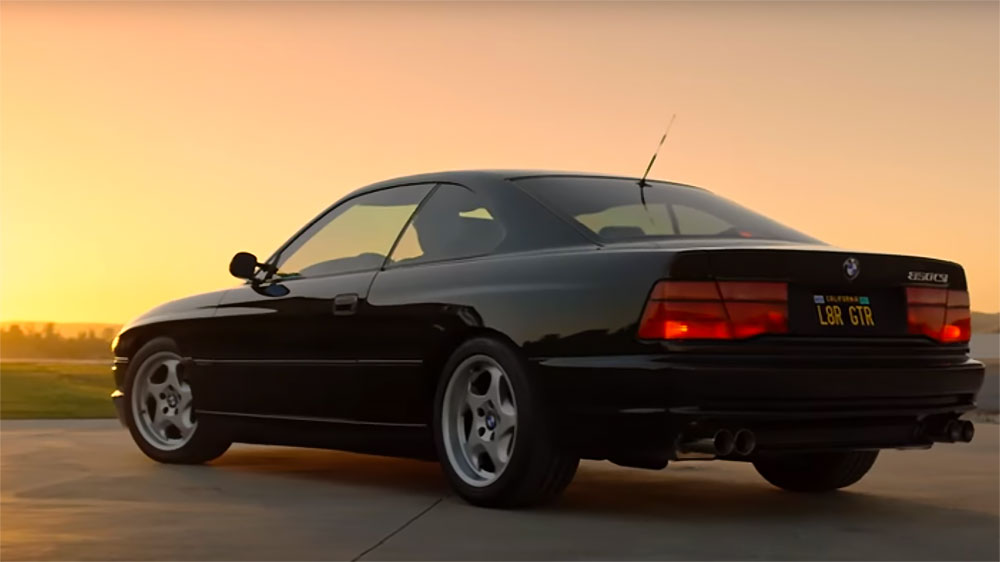 For car enthusiast Taylor Patterson, BMW’s claim to be “the Ultimate Driving Machine,” is more than just a tagline when it comes to his 850CSi. The car represents the pinnacle of the Bavarian automaker’s 8-Series, a model line—introduced in 1989—that made a name for itself by comprising the first production cars to pair a V-12 engine with a 6-speed manual transmission. It was an innovative power train that intrigued others in the industry.

“This engine block found its way into the McLaren F1, eventually, as the basis for that high-performance race car,” says Patterson. However, due to the 8-Series’ premium price, it did not captivate the consumer market, and only 1,510 examples of the 850CSi were produced before its specific run ended in 1996. But the car was so ahead of the curve at the time that it could still be the centerpiece of contemporary showroom floors.

“The car, even today, looks as timeless as it did—as beautiful as it did—when it was originally built,” says Patterson. “And people today mistake it for a 2017 or a 2018 car, because you don’t see them on the road. That’s kind of one of the neat things about this car—it’s stuck in time.”