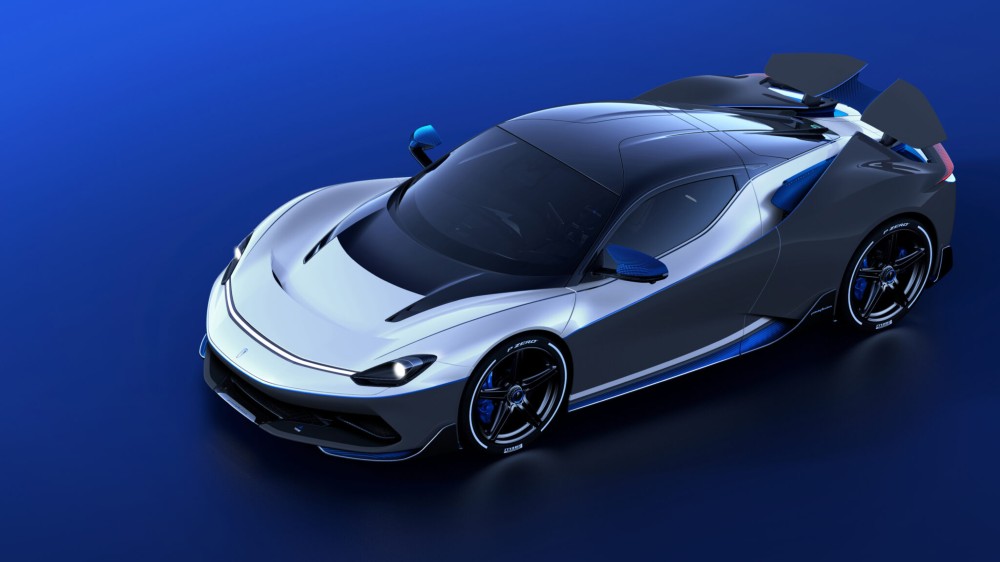 Production of Pininfarina’s upcoming all-electric hypercar, the Battista, won’t begin until later this year, but that hasn’t stopped the company from announcing its first variant. That’s right, the legendary coachmaker-turned-automaker has announced an even more exclusive version of the high-performance EV—the $2.9 million Battista Anniversario edition.

The Italian brand unveiled the show-stopping hypercar on Monday. While announcing the ultra-limited vehicle via press release may have lacked the glitz and glamour of doing so at the canceled Geneva International Auto Show, auto enthusiasts aren’t likely to mind.

Announced a year ago to the day in Geneva, Pininfarina’s first production car was one our five favorite cars of the 2019 exihibition, and it was already plenty exclusive after the company announced they would only make 150. But with the Anniversario, the company has slashed that number all the way down to five. The main difference between the two versions is that customers will be able to get the car’s beautiful flowing curves painted in one of only three special colors—Bianco Sestriere, Grigio Antonelliano and Iconica Blu—each of which takes “several weeks” to apply by hand, layer-by-layer. Additionally, the variant comes with the Battista’s optional Furiousa package—which includes a splitter, side blades and a rear diffuser—along with exclusive seats, an engraved chassis plate, headlight engravings and an Anniversario badging.

The company didn’t skimp on what makes the EV a true hypercar, either. Pininfarina has left the Battista’s tech and specs alone—and with good reason; they were already impressive enough. Powered by a 120 kWh battery pack, the all-electric powertrain is capable of producing a head-turning 1,900 horsepower and 1,696 pound-feet of torque. And with the ability to go from 0-to-62 mph and in under two seconds, reach a top speed of 217 mph and travel 280 miles on a single charge, it’s the kind of vehicle that both speed and efficiency freaks can bond over.

But the most exclusive aspect of the Battista Anniversario may be its $2.9 million price tag, which is almost a half million more than the fully stocked standard model. That figure is likely to make some blanche, but if you were already thinking of buying one of the 150 Battistas, chances are you won’t mind shelling out an extra $500,000 to become one of only five.