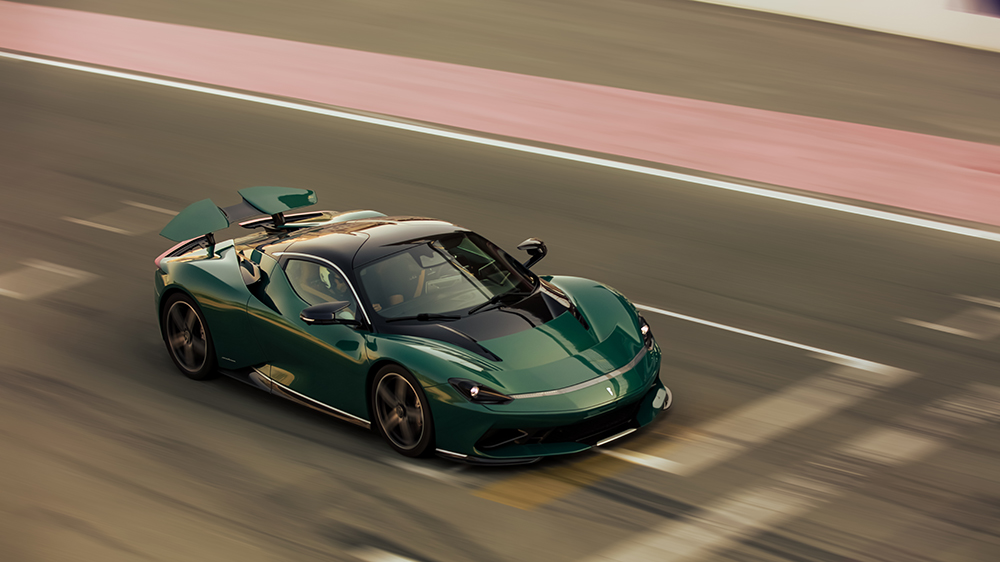 The Pininfarina Battista may have only just gone into production, but it’s already setting records.

Pininfarina trumpeted the Battista’s record as the EV made its United Arab Emirates debut at the Dubai Autodrome on Monday. Thanks to the hypercar’s unique launch control system, the car was able to rocket from zero-to-60 mph in just 1.79 seconds, according to a press release. That breaks the previous record of 1.86 seconds, which was set last year by the Rimac Nevera, by nearly a tenth of a second. That isn’t the only acceleration record the car has set, either. It’s also the fastest from zero-to-120 mph, accomplishing that feat in 4.49 seconds. And just in case that wasn’t enough, the car is also capable of slowing down from 60-to-zero mph in just 102 feet, which is itself a record for an EV.

The Battista’s record-setting numbers are impressive, but not completely unexpected. Pininfarina has promised boundary-pushing performance since the EV was first announced in 2018. Its powertrain includes four electric motors that combine to pump out 1,900 hp and 1,696 ft lbs of torque. The car has a top speed of 217 mph, which isn’t a record—that belongs to the Nevera, which has a top speed of 256 mph—but is still a mark to be proud of. Almost as impressive is the automaker’s claim that the car has a range of 300 miles thanks to its Rimac-supplied 120-kWh battery pack

“I am proud that our new electric hyper GT delivers on the promises we made when we set out our development plan,” Paolo Dellacha, Pininfarina’s chief product and engineering officer, said in a statement. “In Battista, we have achieved performance beyond our original, extreme targets.”

Although the Battista was first unveiled four years ago, it only went into production earlier this summer. Pininfarina plans to build just 150 examples of its hand-built electric hypercar, each of which takes 1,200 hours to complete, according to Motor1.com. Deliveries of the vehicle, which starts at $2.25 million by today’s exchange rate, are already underway.

Click here to see more photos of the Pininfarina Battista.