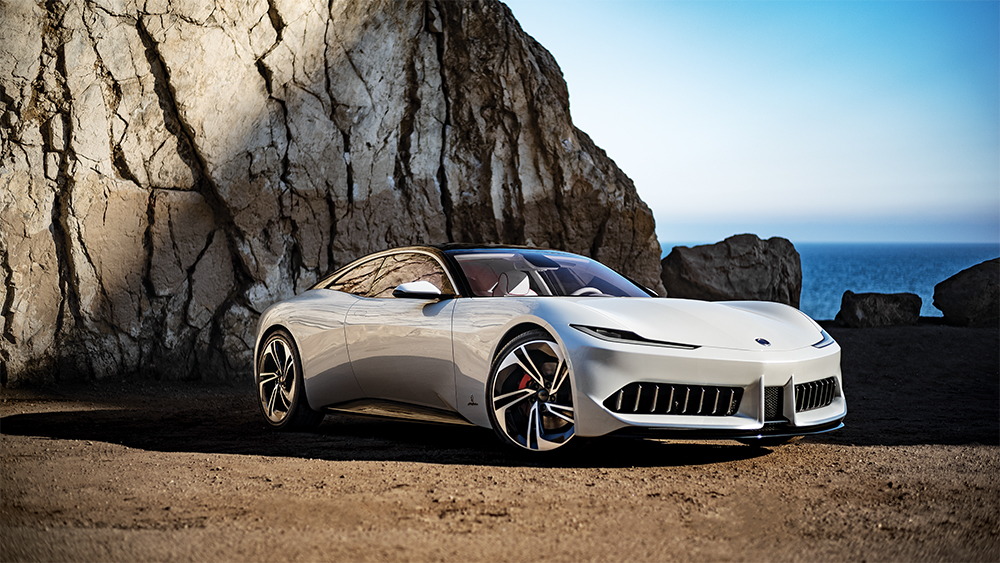 As with Sigmund Freud and Carl Jung, Christian Dior and Yves Saint Laurent or Steve Jobs and Mark Zuckerberg, the relationship between mentor and protégé can forge a creative juggernaut. And while it’s too soon to tell, the automotive industry may be on the cusp of its own influential duo, as evidenced by the Pininfarina-designed Karma GT.

Briefly glimpsed at the 2019 Auto Shanghai motor show, the car was hidden away in China for months until Robb Report was invited to have the first Stateside look. Pininfarina SpA, Italy’s 89-year-old coachbuilder and design house, and Southern California’s four-year-old Karma Automotive gave us exclusive access to the only prototype in existence before it appeared last month on the concept lawn at the Pebble Beach Concours d’Elegance. Built off the 2020 Karma Revero GT four-door, this gran turismo kept the original frame but has been transformed by Pininfarina with a new aluminum body—one that’s even more dynamic in form.

“This was a good challenge to us all—to give another company the same dimensional parameters as ours and see a completely different design interpretation,” says Liang Zhou, CEO of KarmaAutomotive. “It encourages alternative thought, challenges our own conventions and, perhaps too, encourages a little healthy competition. It’s great to see our concept as a two-door coupe but honoring the same proportions of the Revero GT.”

The gracefully sculpted exterior presents a wasp waist accentuated on each flank by a pronounced sweeping line below the greenhouse. Truncated creases that stab up just behind the front wheels, a gap-toothed grille and the pinched tail either complement the gently curved surfaces or clash with them, depending on your point of view. Maybe it’s the pearlescent white paint, but the overall aesthetic subtly hints at origami while directing the eye along the car’s profile.

For those drawn to the sharp angles and daring colorways found on recent exotic grand tourers, Karma’s concept may seem too minimal and monochromatic in its execution. But it is an accurate reflection of a shared vision.

“We have a double task when designing. We create by taking into account both the values of the client and our own,” says Carlo Bonzanigo, Pininfarina’s design vice president. “With the GT, we have created an object that naturally and successfully combines the DNA of both brands.”

The concept— which lacks a power train—was also developed as a test to gauge market interest. If ever put into limited production, it would likely carry the hybrid Revero GTs propulsion system from BMW AG. The 536 hp, 3-cylinder TwinPower Turbo pairs with a battery pack and electric generator for a 360-mile range and zero-to-60 mph acceleration in 4.5 seconds. Notes Zhou: “For now, this is a one-off. But we are very interested to hear customer feedback, and I hope this is the first of many collaborations between our two companies.” So do we.