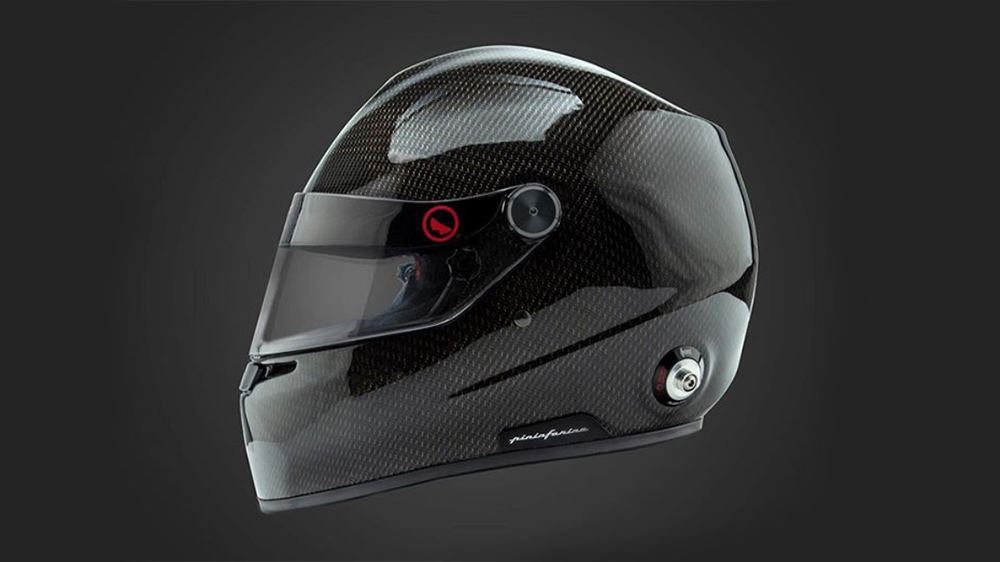 Famed Italian automotive design house Pininfarina has spent much of the last century lending its classic design flair to cars. Now, it’s turning its focus to racing helmets. The company is teaming up with safety headgear specialists Roux Racing SRL for a series of stylish new helmets that will go on sale next year.

Pininfarina and Roux unveiled the new line of helmets, which includes versions for both open-cockpit and closed-cockpit versions racing, at the Performance Racing Industry trade show in Indianapolis earlier this month, reports Car and Driver. Each of the seven helmets will also feature water-cooling technology to help keep temperatures down for drivers.

Made from a variety of different materials, each of the helmets was designed by Pininfarina with the open-cockpit versions, which are meant for Formula 1 to Formula 4 racing, featuring removable aerodynamic spoilers. But the main purpose for a racing helmet is protection, and each of the new helmets will feature Roux’s proprietary Release system for removal during emergencies. They also all meet the new International Automobile Federation and Advanced Ballistic Protection safety standards, as well as Snell’s 2020 standards for homologation.

Both the open-cockpit and closed-cockpit versions of the helmets feature Roux’s COOL-X integrated water-cooling system that promises to “keep heat stress low” for racers. The tech works by recirculating water from a CoolShirt cooler that keeps it at a “perfect-temperature” of 52 degrees. The closed-cockpit version also features a built-in air port to keep temperatures under control.

But the water-cooling tech isn’t the only special feature of the helmets. Regardless of the version, each helmet also features an audio system comprised of noise-cancelling speaker pods and a microphone, according to the publication. The “fully customizable” helmets also include a water drinking tube so that drivers can stay hydrated during each race.

The two companies have yet to announce prices for the line of helmets, but it’s believed that prices will range from $1,200 to $5,000. The helmets are expected to launch next fall.