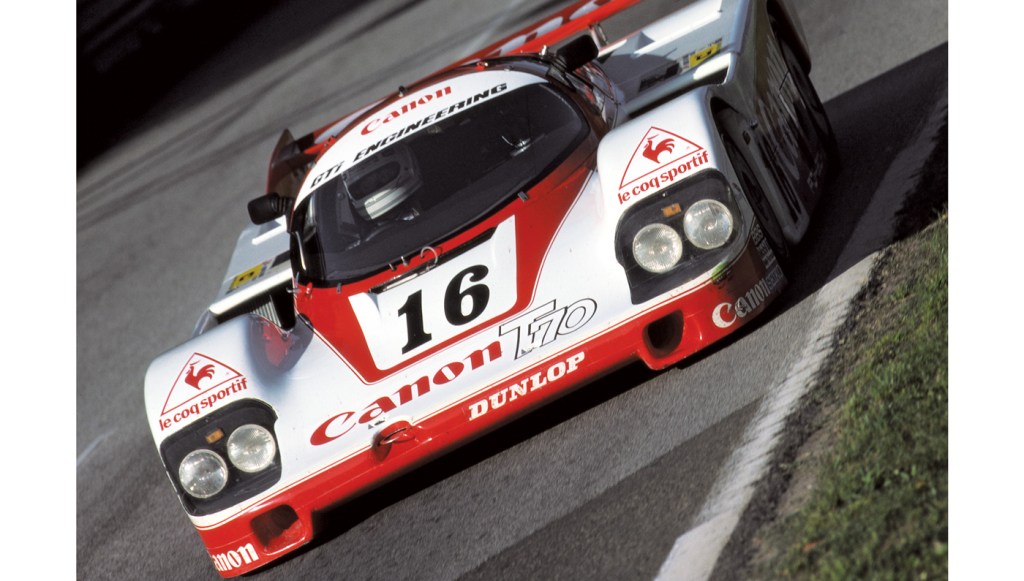 Pink Floyd drummer NICK MASON inherited his fascination with motorsports from his father, who raced a vintage Bentley in club events and produced a documentary series on auto racing. The younger Mason began racing in 1973, at age 29, in a prewar Aston Martin Ulster. In 1979, a few months before Pink Floyd released The Wall, he joined the Dorset Racing Associates team and competed in the ultimate motorsports event: the 24 Hours of Le Mans. The team placed second in its class. Mason drove in the race four more times during the 1980s.

“Since I was a schoolboy, my ambition was to race at Le Mans. Doing so was definitely a bucket-list experience, but admittedly my bucket was much smaller then. I didn’t aspire to cross the Atlantic in a small boat or climb Mount Everest. I was focused on only one thing: racing at Le Mans. I still own the 2-liter Lola that I raced there in 1979 and 1980.

“When I first raced at Le Mans, I was lucky enough to be introduced to a really wonderful team that was amateur in status but entirely professional in approach. All of the members were enormously helpful, and they made it clear that I was there to contribute to the cause. Things were shared equally between the partners of the team; I probably drove about 7 hours of the 24, amounting to well over 500 miles. From that I learned just why Le Mans is one of the toughest races and how it proves the mettle of a car and a driver. Surprisingly, as an amateur you can receive an enormous amount of support from the professionals.

“That’s the great thing about Le Mans: It’s the last area in motorsports where an amateur can be competitive against the pros. You’re not expecting to beat them, of course, but you do have a chance because the race is so hard on the cars. It’s the equivalent of completing 12 consecutive grand prix races, and not at dissimilar speeds. Luck does play a part in the outcome.

“Racing at Le Mans was a great confidence builder for me, and it added credibility to my pursuits in motor­sports. It didn’t matter where I finished; just participating showed commitment and proved I was serious about it. I also had the chance to become friends with motorsports superstars who I never would have met otherwise. If you get to that privileged position, you learn so much. You get to listen to your heroes tell you all the things that you might want to know.”

To compete in the 24 Hours of Le Mans (24h-lemans.com), you must have an International B racing license, and, in most cases, you must have previous racing victories, as outlined by the FIA World Endurance Championship regulations (fiawec.com). According to Nick Mason, earning a spot on a racing team as an amateur is more difficult now than it was when he did it, but opportunities are still available. “There’s almost certainly a Porsche or a Ferrari that you could get into now,” he says, “but you need to be either rich or quick. Being both would be ideal.”

Owners of vintage racecars can compete in the Le Mans Classic (lemansclassic.com), which takes place in July. If you just want the experience of piloting a racecar on the circuit, you can contact the Automobile Club de l’Ouest (lemans​.org). It operates a driving school (lemansdriver.fr) at Le Mans.