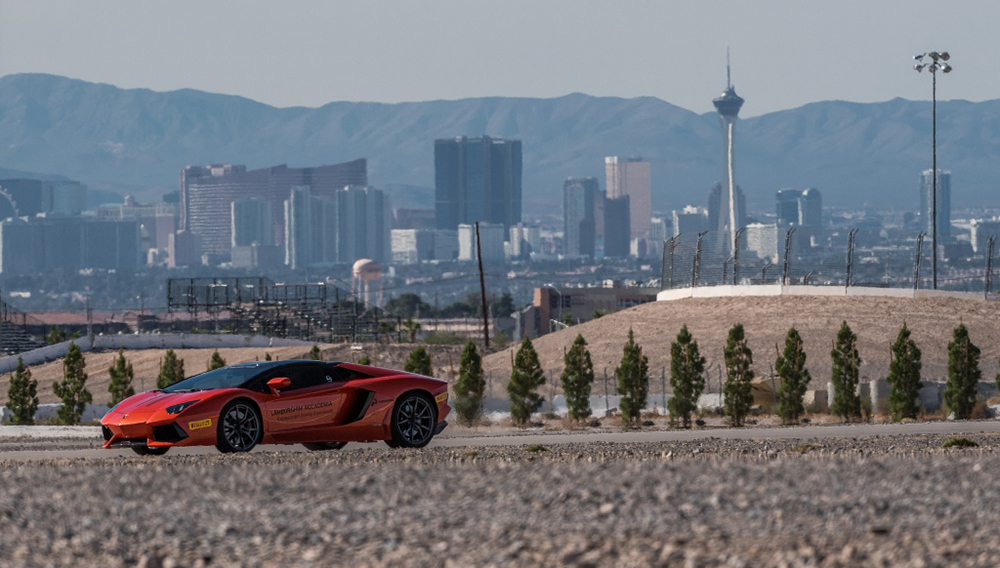 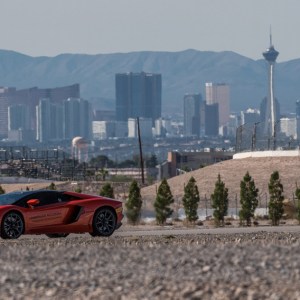 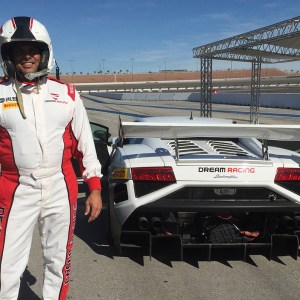 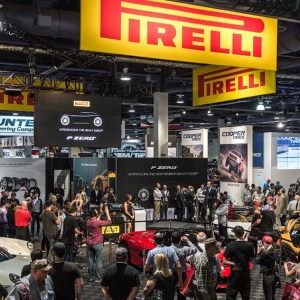 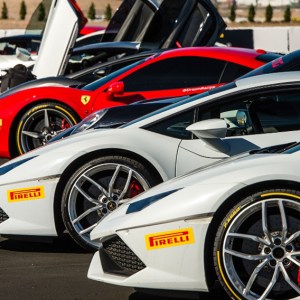 Just as an athlete must have properly sized footwear designed specifically for his or her sport, high-performance automobiles require the right rubber for road and track—a customized pairing now possible with the new Pirelli P Zero line of tires. The Milan-based manufacturer premiered its expanded range in Las Vegas on October 30, immediately prior to the start of the Specialty Equipment Market Association Show (SEMA). But while the decision on timing and location reflected Pirelli’s recent focus on North America, its launch event for loyal customers and members of the media provided a lavish taste of Italy’s la dolce vita.

Worthy of an extravagant unveiling, the latest P Zero builds off 30 years of predecessors and Pirelli’s tailored approach to tires—one that has created a paradigm shift in the industry. “Our ‘perfect fit’ philosophy derives from the relationship we have with prestige car makers,” says Pierluigi Dinelli, chairman and chief executive officer of Pirelli North America. “We work with a marque for up to three years to develop a tire unique to their new vehicle.” Among the illustrious list of clients are Ferrari, Lamborghini, Porsche, Alfa Romeo, and Mercedes-AMG. And before 2016 concludes, the P Zero will be part of more than 100 homologations.

For the aftermarket segment, the product now has three versions, one for luxury sedans, sports cars, and track stars. Each features a different tread pattern (designed to purpose), but all optimize high-speed handling, improve traction in wet conditions, lessen cabin noise, reduce rolling resistance, and hold up even better to wear.

Following the formal reveal and reception at the Frank Gehry–designed Keep Memory Alive Event Center, Dinelli and team gave a group of us the opportunity to test the tires for ourselves at the Las Vegas Motor Speedway the next day. Partnered with a professional driver who guided from the passenger seat, I spent the next few hours hurtling around four tracks while behind the wheel of six road rockets provided by Dream Racing.

Having settled into a Mercedes-AMG GT S, I was let loose on one of the ancillary circuits to discover how the P Zero performs on tight turns and through rapid deceleration, a process practiced again in a Porsche 911 GT3. Both times, cornering was cat-like. Upping the ante, a Lamborghini Aventador LP 750-4 Superveloce awaited at the speedway’s Outdoor Road Course. The 2.4-mile loop (with 12 turns) provided a perfect venue to let the 750 hp Raging Bull, wearing its own particular P Zeros, run free. Although the tires squealed on occasion, contact was constant and precise. Conversely, the Lambo took seemingly friction-free flight through the two straightaways due not only to its powerful V-12 engine but also to a tire compound comprising more than 80-percent silica materials that provides 15 percent less resistance.

After a lunch spent dining on Italian delicacies and a necessary refueling of cappuccino, I was ready for the next challenge, an obstacle course. This time, a Dodge Charger shoed in the P Zero All Season Plus (ideal for inclement road conditions) was put through its paces, including a turn through water at 60 mph without the slightest suggestion of slip.

For the final exercise, a Lamborghini Huracán LP 620-2 Super Trofeo was the chariot of choice for a few laps on the 1.1-mile Inside Road Course. The 620 hp competitor was equipped with P Zero slicks and took on the 11 turns and 1,100-foot straightaway like a slot car. My reward for not wrecking was to ride shotgun in a Ferrari 458 GT while a real racer tackled the same track to demonstrate both the car and tire’s true capability.

The seamless integration of man and machine would be witnessed again within the same 48 hours. Taking the emphasis on speed, maneuverability, and security to new heights, Pirelli placed me in the cockpit of an Italian-made SIAI-Marchetti S.211 military training jet to take aerial photographs for potential marketing purposes. It was also a once-in-a-lifetime chance to experience the aeronautical equivalent of the brand’s automotive ethos.

Taking off from the tarmac at Boulder City Airport (approximately 30 miles outside of the Las Vegas Strip), pilot Piero flew me across an expanse of desert to the Eldorado Mountains. We traced over the steep terrain and Colorado River as Piero performed aileron rolls and other acrobatics. “Do you want to reach 5 gs?” he asked through the helmet headset, once confident my lunch was going to stay where it belonged. After an enthusiastic affirmative, we arced heavenward and completed a vertical loop as I just concentrated on remaining conscious. Back on terra firma the connection was clear: Pirelli, like Piero, is committed to pushing the envelope when it comes to adrenaline—but with a priority on control.

This epiphany was confirmed by Dinelli himself when asked how the two-day debut tied in with the company’s core values. “The most important elements in our corporate DNA are technology, performance, passion, and safety. We wanted to create an experience that was a breathtaking translation of these concepts.” Well then, mission accomplished. (pirelli.com)