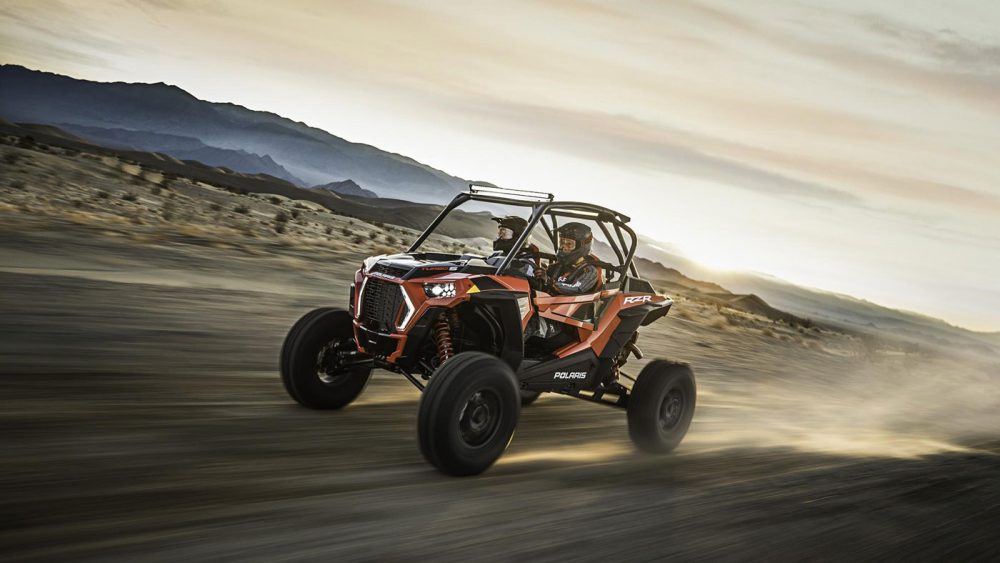 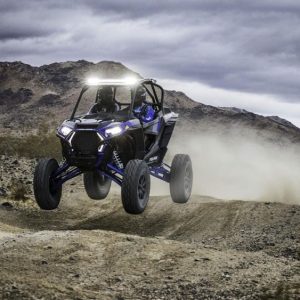 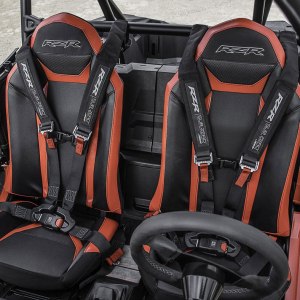 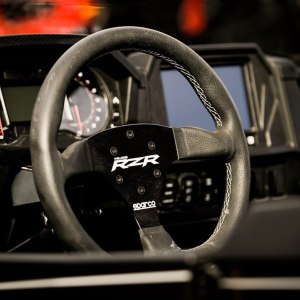 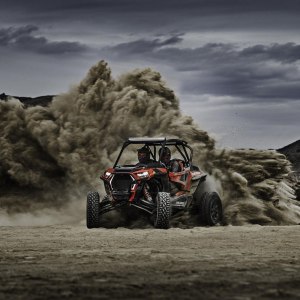 “You are not allowed to kill me,” says my friend, fellow journalist, and drive partner. A fair enough proclamation. “I must show restraint,” I caution myself. Ordinarily, though, I’d be using the Polaris RZR XP Turbo S as a four-wheeled fist, beating Mother Earth into submission with gasoline rage and turbocharged ferocity. But not this time.

This is my colleague’s first crack at a powersports vehicle press launch. And even though I’ve personally been playing with off-road machines for 21 years, and with nary a death on my rap sheet, my companion is still apprehensive. And perhaps rightly so, as I intend to set the XP Turbo S’s 925cc, 168-horsepower parallel twin alight and terrorize the craggy desert wilderness near Jean, Nev.

Six months prior to today’s outing, I was dispatched to the same section of gravel, dust, and dirt to wring the neck of another highly capable RZR: the RZR XP Turbo Dynamix Edition. Just one rung below the XP Turbo S on Polaris’ “Xtreme Performance” UTV hierarchy, the Dynamix is a wonderfully capable machine. At the threshold of death’s domicile, I found new life within myself as I balanced that 168 hp monster between an estimated seven and 12 degrees of drift angle while bouncing across the desert’s unevenness at more than 70 mph.

The powersports powerhouse leaves its signature with an impressive plume of dirt.  Photo: Courtesy Polaris Industries.

But in the interest of sating my friend’s desire to survive the day, I keep telling myself to stop short of thrashing the daylights out of the new RZR XP Turbo S. Yet driving within spitting distance of the pearly gates may be unnecessary for understanding this machine’s superiority to anything before it. Within the first 30 seconds of putt-putting out of base camp, I can already proclaim the vehicle’s status as the new top dog among Polaris’ performance side-by-sides.

Even at speeds less than 10 mph, I notice ride comfort has nearly doubled, and with the manufacturer’s measures to isolate the front drive, the “clankiness” that rattles its way to your ears in most side-by-sides is now gone. The RZR XP Turbo S is a UTV that eschews its agricultural roots for a premium experience. It’s more Jaguar than John Deere. Just on ride character alone, this toy is dressed to impress.

We exit our staging area through a narrow gap of chain-link fence and are ushered into wide-open expanse, the newest RZR still egging me on to thrash across the desert’s vastness. Thinking about some of its specs only exacerbates my devilish yearning to terrify my partner. While the continuously variable transmission and computer-controlled damping technology in the XP Turbo S are carryover from the Dynamix Edition, that’s where the similarities end. The Turbo S is all about “more.” Compared with the Dynamix, it boasts an additional 8 inches of track width (72 inches total), another 3 inches of wheel travel (19 inches in front, 21 inches at the rear), and 2.5 inches more ground clearance (16 inches in total). Indeed, the RZR is a tool you use to pound the planet into submission. At this point, my internal voice pulls the trigger on its megaphone: “Restraint, please!”

Increased dimensions, however, open the RZR XP Turbo S to significantly greater chassis stress when you’re putting it through its paces. As a result, the trellis frame is much beefier than the Dynamix. (Think of a frail Christian Bale in The Machinist versus the ripped actor in Batman Begins.) Suspension and driveline components also had to be reinforced. The front drive system, for example, has three times higher impact strength than its less capable sibling. That stronger chassis is nothing without addressing the components that connect it to the ground: the tires. The Turbo S is the world’s first side-by-side to hit the market with 32-inch tires as standard. Polaris has also chosen treads that are 249 percent more resistant to punctures than the competition.

What all this bolstering translates to is a vehicle that can withstand whatever you throw at it. In actuality, you’re likely to back off the throttle long before the RZR XP Turbo S breaks an axle or pops a tire.

Side-by-side seating with all of the requisite safety features.  Photo: Courtesy Polaris Industries.

With 25 inches of usable suspension travel, this is a class of UTV that is solely limited by the ability of its driver to endure abuse. The new RZR’s suspension is remarkably compliant, but according to the pro drivers with Polaris, even the Turbo S’s cutting-edge suspension science has its limits. They say that when railing at 80-plus mph, the ride begins to sting, and at about 85 mph, they back off. And the fact that the RZR XP Turbo S is engineered to withstand the pace of pros provides comfort to this mere mortal.

But a fist fight with physics would be the last of my concerns on this ride—or so I thought. Within the first 45 seconds of spirited, but not frantic driving, a rascally fissure surprises me before I have a chance to yank some velocity away from the RZR. My drive partner and I brace for impact. Instead of getting the wind knocked out of us, we see the tires whip up and down, we feel a slight jolt, and we continue on our merry way, skid plates unscathed. From within the RZR’s automotive-grade cockpit, fear is unwarranted. A surface imperfection you would judge as a wallop ends up being a playful tousling of the hair.

An open invitation to harness the vehicle’s 168 horses.  Photo by Manuel Carrillo III.

During the several hours we had with the XP Turbo S, I never felt as though I was at risk of cracking an axle, fracturing a chassis, or shattering a spine. While hammering through my favorite portion of the drive loop, a whoop-riddled straightaway, occasional glances at the 7-inch Ride Command glove-touch display indicate a satisfying 66 mph—just shy of my top speed six months earlier in the Dynamix but, feeling the effects of more than two feet of usable travel, I find this section of dirt is noticeably more comfortable. For comparison’s sake, across the same terrain, a $100,000 Range Rover would likely call it quits after 35 mph. In a RZR, you’re only beginning to have fun at 65 mph.

The RZR XP Turbo S tips the cash register at $27,499—only $1,500 more than the RZR XP Turbo Dynamix Edition. Looking at the math, Polaris is offering what the seat of my pants says is a 20-percent better UTV for only a 6-percent price premium. I’m unsure how they did that, but if my bank account could talk, it would tell me to shut up and accept what appears to be a steal.