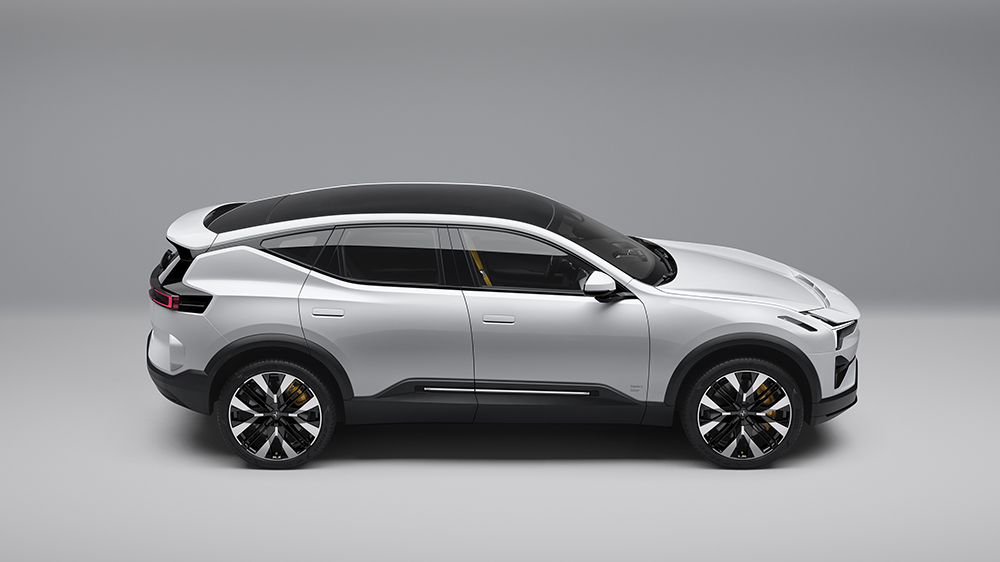 Polestar is ready to show off the next step in its evolution.

The Volvo sister brand shared the first image of its third model and debut battery-powered SUV, the Polestar 3, on Tuesday. That wasn’t all the marque had in store for auto fans, though. It also confirmed the EV will go into production and will have a range in excess of 300 miles.

Last week’s introduction of the exclusive Polestar 2 BST edition 270 suggests the brand isn’t ready to move on from its second model just yet. Still, it does appear to be ready for something new, which is just what the Polestar 3 will be. The first image of the EV only shows its profile but it makes clear that it is a crossover SUV in line with the Volvo XC40 Recharge and BMW iX. It’s not bulky, but it’s definitely bigger than the brand’s other models. Yet it does share a design language with them—especially its front fascia and light package. Combine that with its roof spoiler and it just might be one of the more athletic-looking crossovers on the market when it goes on sale next year.

That’s right, next year. Polestar plans to start building its SUV at its plants in South Carolina and China—where parent company Geely is based—in early 2023, according to a press release. We’ll have to wait until the vehicle makes its official debut this October for the full details of what to expect, but the brand did share at least one more exciting detail. The SUV, which will be powered by a dual-motor all-wheel-drive powertrain, will have a range of up to 372 miles. That target is on Europe’s WLTP cycle, which is notoriously more forgiving than the USA’s EPA cycle, so the figure will almost certainly be lower stateside. Still, we’re likely looking at a floor of 300 miles, which is very good for an SUV.

It’s been two years since the Polestar 2 was released, but you can now expect the brand’s line up of battery-powered cars to start expanding quickly. In addition to next year’s crossover, the Polestars 4 (another SUV) and 5 (a grand tourer based on the Precept concept) are also on the way. It remains to be seen if you’ll be able to use art to buy any of them, though.