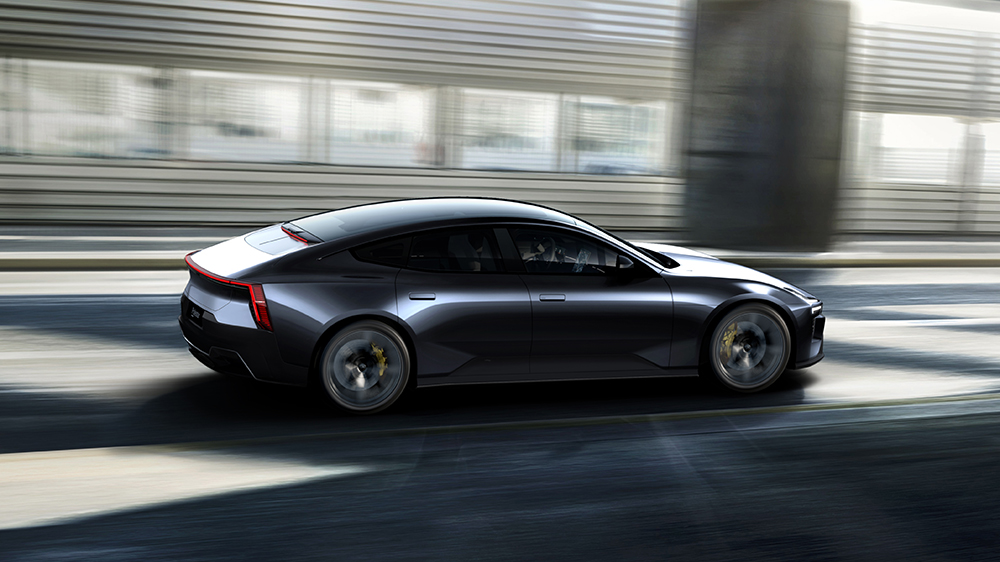 It appears that the production version of the Polestar Precept is going to look just like the concept it’s based on—and that is a very good thing.

The Volvo sister brand shared the first official image of the upcoming battery-powered vehicle Tuesday morning. Along with the photo, the marque also revealed that the zero-emission grand tourer will be called the Polestar 5 and confirmed that it is scheduled for a 2024 launch.

Easily the most exciting thing about the first Polestar 5 photo is that it shows a vehicle that looks remarkably similar to the sleek Precept concept that debuted in February 2020. At the time, we noted that the vehicle looked production ready, and it would seem that the marque felt the same. Although we can only really see the side profile of the car, as well as a hint of its futuristic rear, it’s clear that the brand hasn’t altered the design in any major way. The biggest differences appears to be that the Precept’s sharper edges have been softened, resulting in a sedan that looks even sleeker and more sophisticated.

The first sanctioned peek at the stylish GT, which comes 14 months after the brand announced the car would go into production, was released alongside the latest episode of the brand’s YouTube series, “From Concept to Car.” The episode focuses on the exterior look of the vehicle and features an interview with its main designer, Nahum Escobedo. In it, he reveals that one of his major inspirations for the Precept was the shape of a shark, and the teaser images suggests this will carry over to the production version of the vehicle.

“For this project, we also wanted to have something very elegant but also something that has a certain speed. For me, the shark had this sort of feeling,” Escobedo says in the video. “With one line, you can sort of describe what the shark looks like.”

We still don’t know much about what to expect from the Polestar 5, other than that it will compete with EVs like the Porsche Taycan, Audi e-tron GT and Tesla Model S. There is plenty of time for the EV maker to fill in the details between now and 2024, though. There’s also plenty to look forward to from Polestar before then, like the release of its first SUVs, the Polestars 3 and 4. There’s no word on what sea creatures those vehicles will be based on yet.