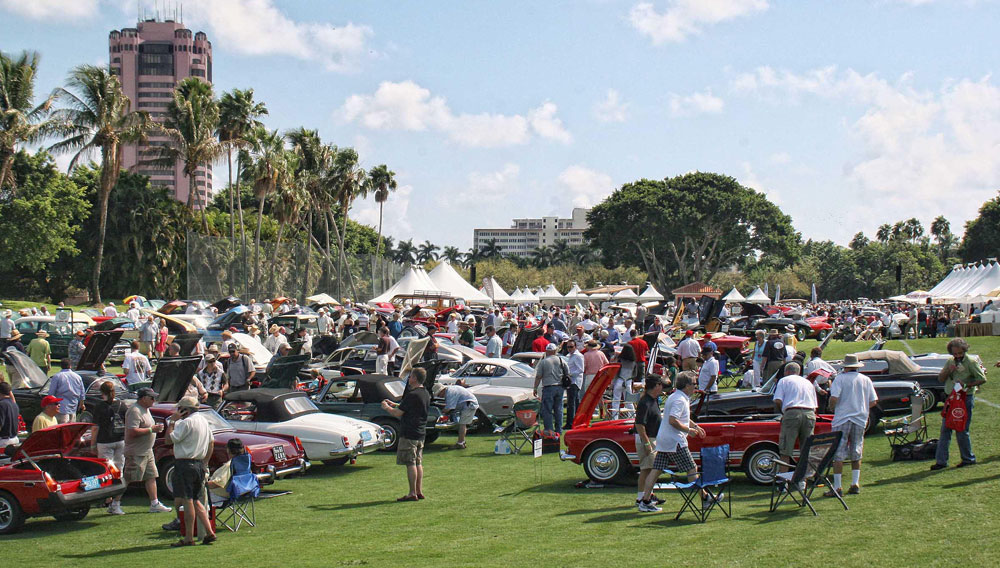 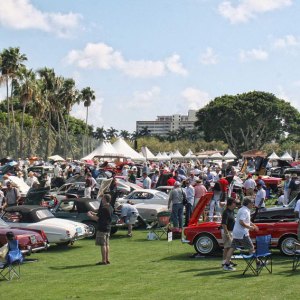 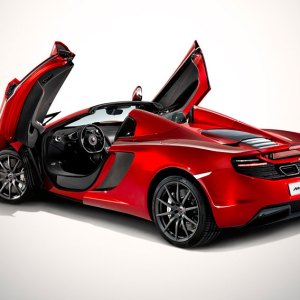 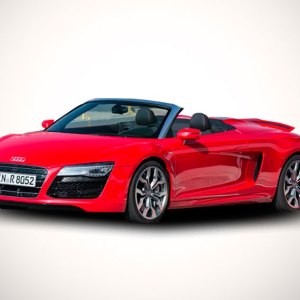 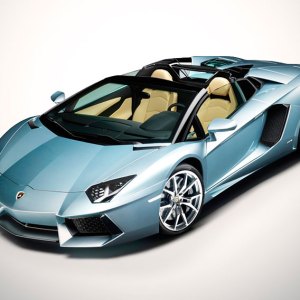 Aside from the warm weather, another reason to visit Florida in February is the seventh annual Boca Raton Concours d’Elegance. This year the three-day event, which takes place February 22–24 at the Boca Raton Resort and Club, honors Lamborghini’s 50th anniversary. The event begins on Friday with a hangar party, followed by a gala dinner on Saturday that will feature a live auction of five extraordinary new cars—a 2014 Audi R8 V10 Spyder, a 2014 Mercedes-Benz SLS AMG Black Series, a 2014 Lamborghini Aventador LP700-4 Roadster, a 2013 McLaren MP4-12C Spider, and a 2014 Maserati Quattroporte—alongside jewelry from JR Dunn Jewelers and trips to the Camus Cognac distillery, to the Indy 500, and aboard the charter yacht Outta Touch. Proceeds from the auction will benefit the Boys and Girls Clubs of Broward County.

Additionally, Bonham’s will host its Automobile and Automobilia auction, which includes a 1965 Aston Martin DB6 Vantage Shooting Brake as well as a 1930 Duesenberg Model J Torpedo Phaeton with rare coachwork by Fran Roxas. Additionally, over 200 classic automobiles and motorcycles will be competing in the concours on the final day. Highlights of this year’s concours include a 1969 Lamborghini Miura S, a 1947 Talbot Lago T26, a 1928 Harley-Davidson JD, and a 1967 Norton P11. (954.537.1010, www.bocacde.com)