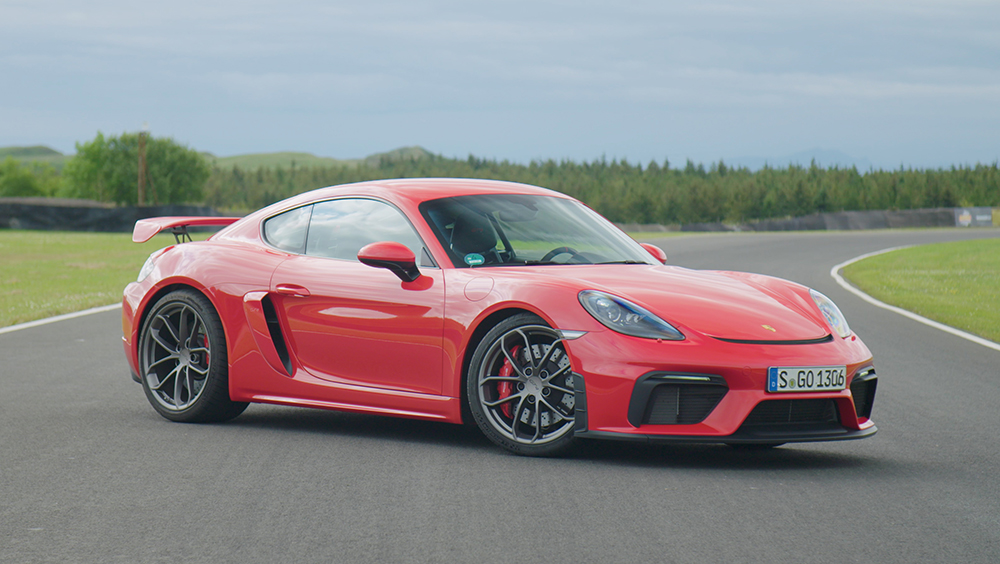 Porsche isn’t just a world-class automaker, apparently. Now the German marque is playing the role of tuner. The automaker has revealed plans to release a souped up version of its own 718 Cayman GT4 later this year.

The new speedster, which will officially be named the Cayman GT4 RS, will be an even more powerful car than its predecessor (pictured above), according to Car and Driver. And while we’re still waiting on all the final specs, it sounds as if the new Porsche will be lighter, stiffer and offer up 500 horsepower.

Like the standard Cayman GT4, the RS will feature a 4.0-liter flat-six engine. But while the standard version produces an already-impressive 414 horses, the magazine expects that number to be closer to 500 after some tuning magic. No word on what kind of transmission it will offer, but a manual is the only option on the GT4 which surely pleases the purists.

The new RS edition of Porsche’s 718 Cayman GT4 is expected to use a lower version of the car’s chassis.  Photo: Courtesy of Porsche AG.

The German automaker isn’t just updating the Cayman’s engine either. The RS is expected to use a lower version of the GT4’s chassis. It will likely feature the same front-axle and back-axle components as the 911 GT3, so it won’t be radically different. But it should be stiffer and lighter.

These changes mean that an already race-ready car will be even more formidable on the track. Of course, these tweaks will come at a cost. While the standard GT4 starts at $99,200, the RS will reportedly cost in the neighborhood $130,000. Still, we’re guessing the price increase won’t deter performance-focused Porsche enthusiasts.

The 718 Cayman GT4 RS is expected to arrive during the latter part of this year or early next. Of course, that could all change due to the coronavirus outbreak, so be sure to check with Porsche for updates.