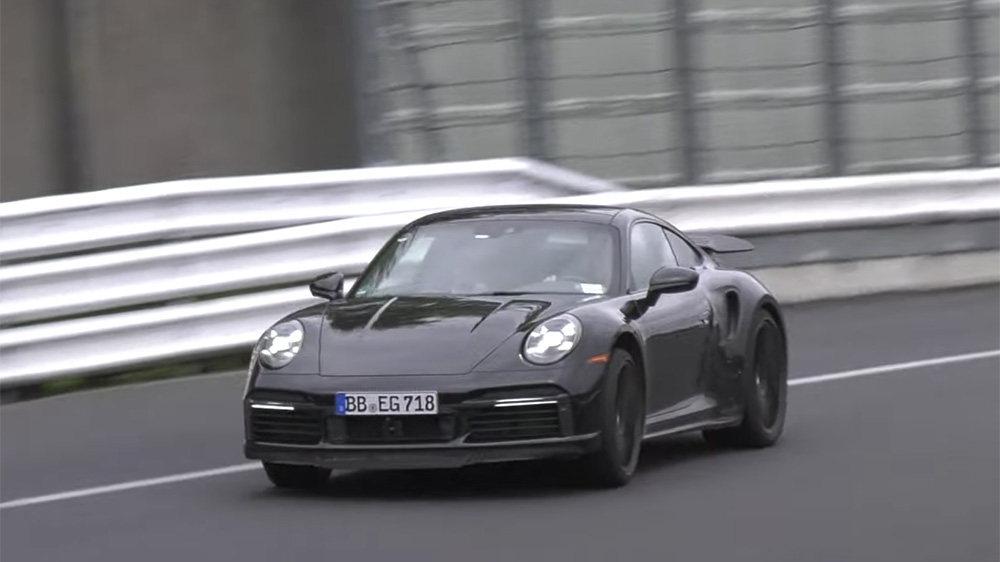 The Porsche 911 may be getting a jolt of electricity sooner than anyone was expecting.

The debut of the iconic sports car’s long-rumored hybrid variant could be right around the corner, according to Motor1.com. This won’t just be the first version of the car to feature an electrified powertrain, either—it just might be the most powerful as well.

Porsche Italia chief Pietro Innocenti recently sat down with the country’s automotive press, including the website’s sister publication, Motor1 Italy. In the conversation, Innocenti said that a 911 hybrid variant will make its debut soon. That’s all Innocenti would say about the car, but it supports previous reporting that the electrified sports car could arrive before 2024.

Although Innocenti’s boss, Porsche CEO Oliver Blume, has indicated that we won’t see a fully electric 911 in the near future, the marque has been hinting at a possible hybrid variant for a few years now. In 2020, Blume said the brand was thinking about a hybrid variant that would prioritize performance over efficiency. It’s since been reported that a hybrid 911, which would be called the Turbo-E Hybrid, wouldn’t be a plug-in but would instead feature a parallel system in which the gasoline engine keeps the electric motor and battery charged. The engine and motor would also be able to pump out a combined 700 horses. If true, that would make it the most powerful model in the nameplate’s history. That title currently belongs to the 992-generation Turbo S, which is equipped with a 3.8-liter flat-six that generates 640 hp.

When reached for comment on Wednesday, a representative for Porsche told Robb Report: “As a matter of policy, we don’t speculate or comment on potential future product.”

Innocenti’s comment about the hybrid arriving soon shouldn’t come as a complete shock. In addition to years of rumors and actual hints from the marque itself, a video of an alleged prototype of the car undergoing testing at the Nürburgring was posted online and shared widely last fall. We’re still waiting on the official announcement, but it now just feels like a matter of time.

We wouldn’t mind the automaker putting the pedal to the metal, though.