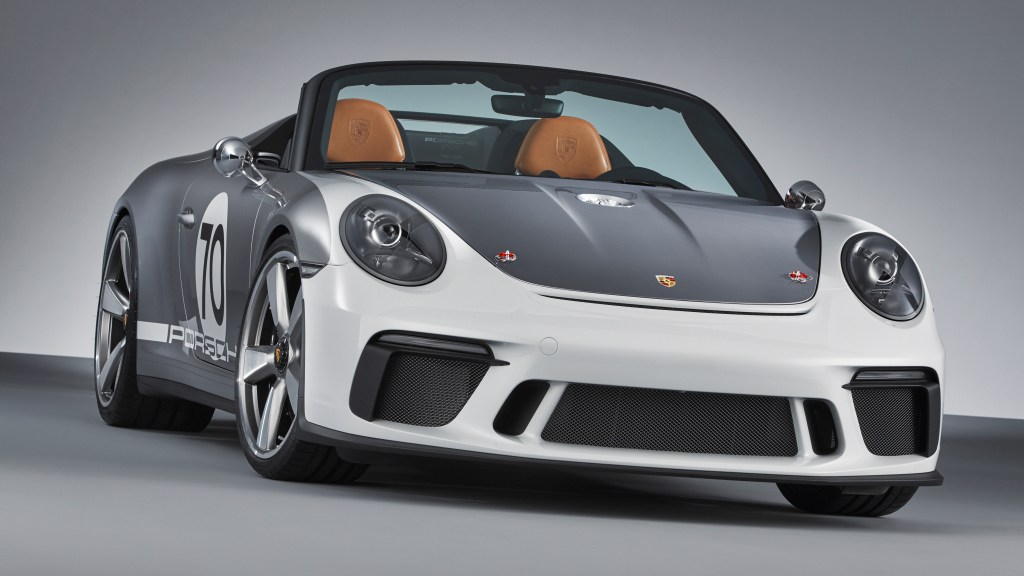 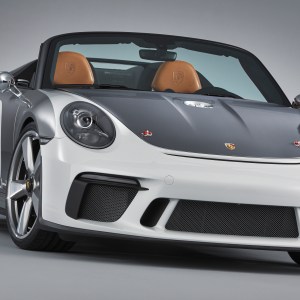 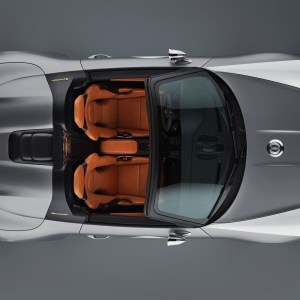 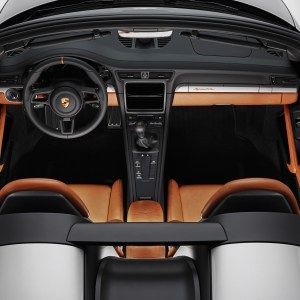 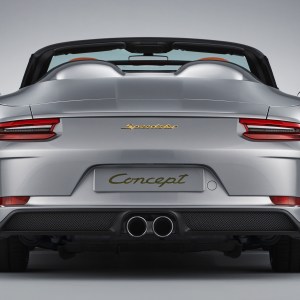 The mere mention of the name “Speedster” is guaranteed to send tingles down the spine of any Porsche aficionado. This was always the purest, most-focused open-top version of the 356 and 911 models, distinguished by its cut-down windshield and weight-saving, bare bones interiors. To celebrate the 70th anniversary of the introduction of its very first Porsche sports car (the 356 ‘No. 1’ roadster) on June 8, 1948, Porsche has unveiled its brand new 911 Speedster Concept.

While Porsche describes the car as a “concept,” a production version is expected to be offered next year. Prototypes have already been spotted being tested in Germany.

Ensuring its future collectability, this new version is likely to be the most thrilling variant yet. It features a body from the latest Carrera 4 Cabriolet coupled with the chassis and power train from the track-focused, 500 hp 911 GT3.

Changes to the Carrera 4 Cabriolet body include new lightweight carbon-fiber composite fenders and hood, and an aerodynamic “double bubble” rear cover, also in carbon fiber. In Speedster tradition, the new windshield is much lower, steeply raked, and matched by cut-down side windows.

The concept also features details that give a nod to Porsche’s early racing days, like the metallic silver and white paintwork, a fuel-tank filler in the center of the hood, and classic bullet-shaped door mirrors. The car’s 21-inch alloys are also a throwback to early 911s, featuring the iconic Fuchs design, though here they have center locks.

The interior features tight-fitting carbon-fiber bucket seats trimmed in vintage-style light brown Aniline leather. But don’t expect such luxuries as navigation, audio, or even air conditioning—they’ve been jettisoned to save weight. Same goes for a folding top; in its place is a simple, lightweight fabric tonneau, which is attached with retro-style, chrome lift-up Tenax fasteners.

Arguably one of the coolest features of the concept is the detailing on the headlights. Etched into the glass are distinct “X” markings to reflect the old taped-over lights of early Porsche race cars.

The performance credentials of the concept are also impressive, courtesy of the potent 4-liter, naturally aspirated flat-six engine from the latest GT3, delivering 500 hp. It’s mated to a six-speed manual transmission.

Porsche says that a firm decision on a production version of the Speedster Concept will be made “in coming months.” We predict collectors will soon be lining up with deposits for this future classic.