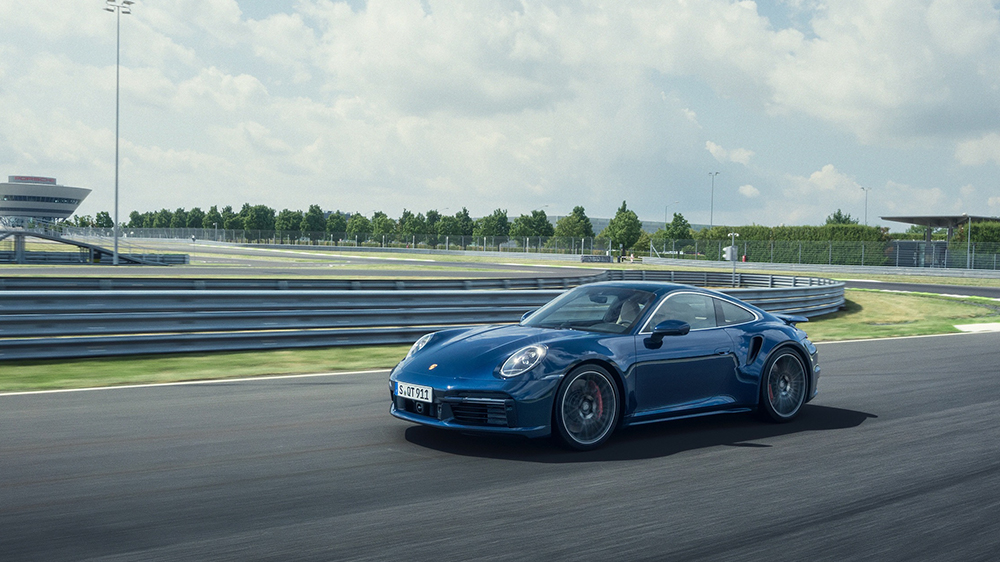 How much power do you really need? For Porsche lovers, this has been the big question since the launch of the 992-generation 911. That’s because your performance options have basically been limited to the base model or the uber-powerful Turbo S. But now there’s a variant that bridges the gap between these two—the 911 Turbo.

On Wednesday night, the German automaker revealed the latest iteration of the 911 Turbo, the perfect car for those who want a little extra oomph but feel like 640 horses is overkill. But while it acts as a sort of performance middle ground—as far as 911, one of history’s most iconic sports cars, is concerned—the vehicle has some seriously impressive performance specs.

Whereas the Turbo S is practically a supercar, the new Turbo is an ever-so-slightly detuned supercar you can drive every day. It features the same twin-turbo 3.8-liter flat-six engine as its more powerful sibling, though it now produces 572 hp and 553 lb-ft of torque compared to Turbo S’s 640 horses and 580 lb-ft of twist, according to a press release. While the Turbo features 68 less hp than the Turbo S, it has gained 32 since the last generation. Despite this power hit, the performance numbers are remarkably similar, as the Turbo can zoom from 0-60 mph in 2.7 seconds (as opposed to 2.6 seconds) and has a top speed of 198 mph (compared to 205 mph). Unless you have miles of wide-open road and front of you, you’ll never notice the difference.

From there, the Turbo and Turbo S are essentially the same. The newer variant is equipped with an eight-speed dual-clutch gearbox and the automaker’s Traction Management all-wheel-drive system can transfer more power to the front when needed. Both Turbos are also wider than their predecessors—1.8 inches wider in front, 0.8 inches wider in back—and feature active aerodynamic elements, including a rear wing that increases downforce by 15 percent. Not standard are the Turbo S’s Active Suspension Management system and carbon-ceramic brakes, but both features are available as add-ons.

It may not be the “fastest, most powerful” production 911, but the new Turbo is for enthusiasts who appreciate performance. And despite not being all that far off from the Turbo S, it comes at a significant discount. The Turbo starts at $172,150 ($184,950 for the cabriolet version), which is significantly less than the Turbo S’s $204,850 starting price.