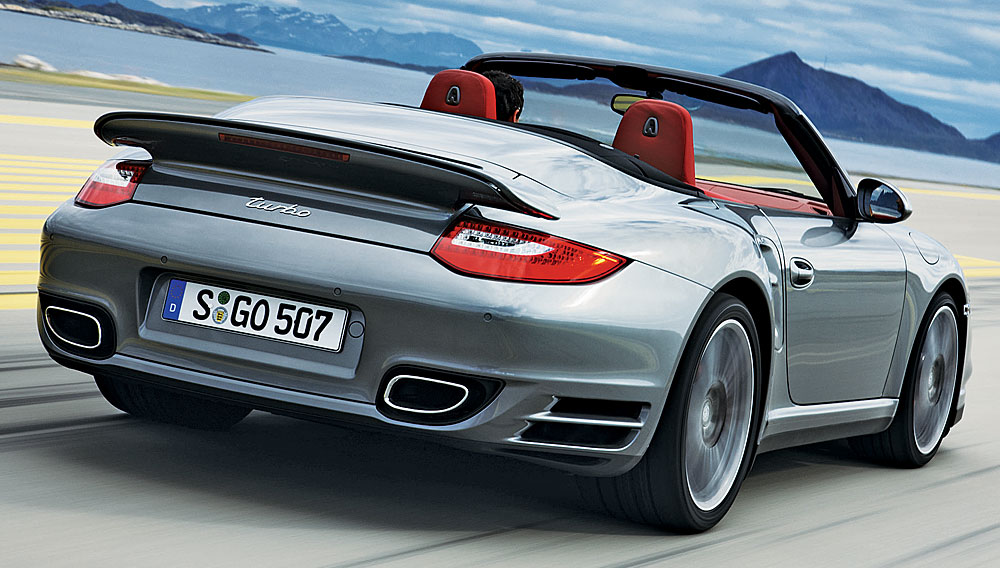 Although, at first glance, the 2010 Porsche 911 Turbo Cabriolet (www.porsche.com/usa) exhibits no visible improvements over last year’s model, this latest iteration does feature some significant upgrades. Several automakers (namely Mercedes-Benz, BMW, and Lexus) now rely on retractable-hardtop offerings for their flagship convertibles, but performance-minded Porsche wisely decided to keep the car’s overall weight down by using a traditional ragtop and focusing the majority of its research and development on the Turbo Cabriolet’s engine and drivetrain. The 2010 model’s larger 3.8-liter turbocharged 6-cylinder engine produces a maximum of 500 hp and 516 ft lbs of torque via an ultrasmooth, fast-shifting 7-speed dual-clutch transmission. Coupled with the Turbo’s launch-control feature and a new overboost function for added torque, these improvements now enable the $148,350 Cabriolet to hit 60 mph in a mere 3.3 seconds and carry on to a 194 mph top speed. If supercar status is earned at the 200 mph mark, then this coastline cruiser is certainly knocking at the door.