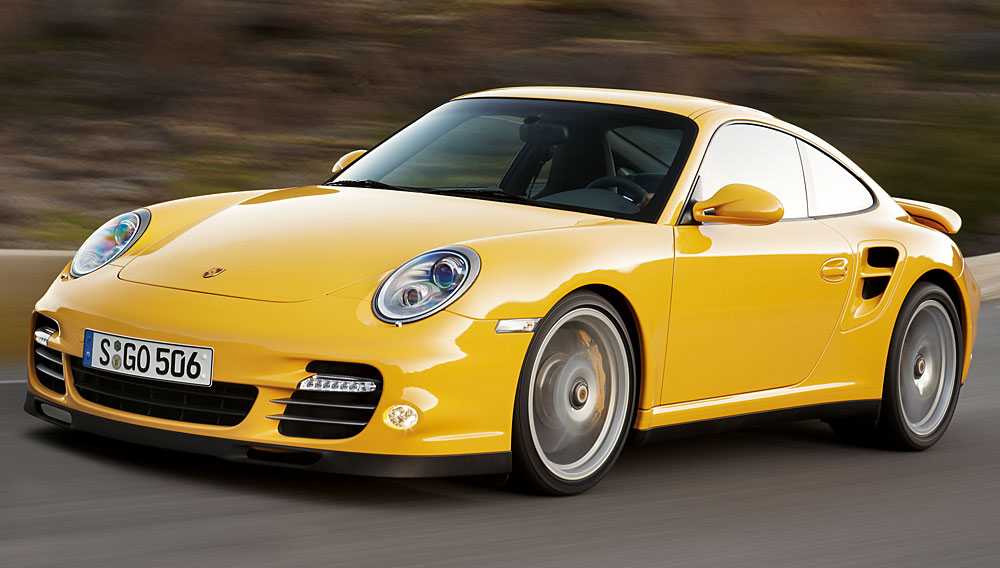 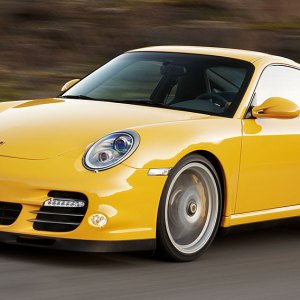 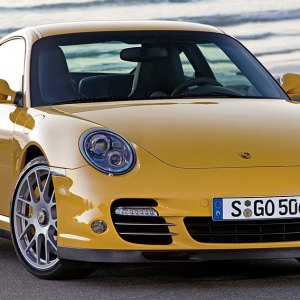 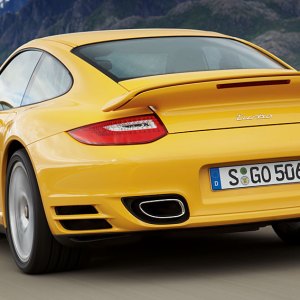 The Porsche 911 Turbo has nothing to prove in the world of ultimate performance cars. Its introduction to the U.S. market in 1976—known then as the Porsche 930—made a splash with the “whale tail” rear spoiler and wildly exhilarating acceleration. Although the modern-day Turbo bears a strong resemblance to the 930’s soap-bar-shaped silhouette, it is a much more domesticated—albeit, a more developed—animal. And while the most recent enhancements may not be immediately apparent—the 2010 Porsche 911 Turbo’s exterior is nearly identical to last year’s model—it’s impressive engineering modifications can be felt in those first 3.2 seconds to 60 mph. The direct-injection 3.8-liter boxer motor is the most powerful and most fuel-efficient engine the automaker has offered in the Turbo’s 35-year history. Using only six cylinders, the twin-turbocharged power train produces a whopping 500 hp and 479 ft-lbs of torque—an “over boost” feature (offered with the optional Sport Chrono Package) increases torque to 516 ft-lbs for up to 10 seconds, if needed. And given the right stretch of open road, even the convertible is capable of reaching speeds up to 194 mph. Pros: The ultimate 911 iteration. Cons: Growing softer and softer with each remodel.