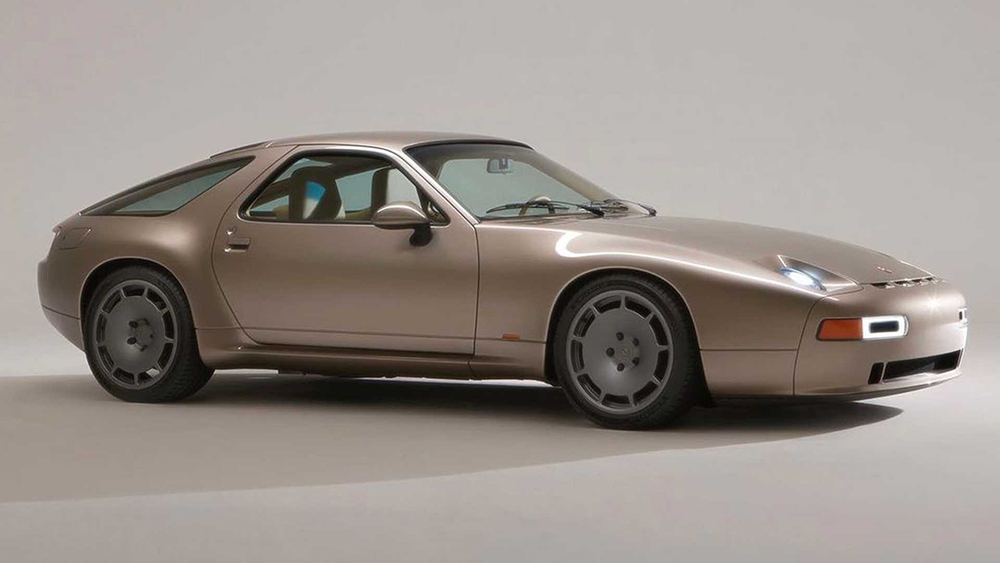 Improving on a classic can be risky business, but Nardone Automotive may have nailed the assignment with its new Porsche 928 restomod.

On Wednesday, the French tuner revealed its take on the 928 S4 during Milan Design Week. As you might expect, the restomod stays true to the original but upgrades it with retro-modern touches and a significant power boost. While the most powerful original model delivered 350 horses, the new restomod brings 400 hp of grunt (it still uses a naturally aspirated V-8 engine, though). And instead of a five-speed manual transmission, you’ve got a six-speed manual with a limited-slip differential.

The rear lights have been specially designed and built for the restomod.  Nardone Automotive

The classic body, now made of carbon-fiber pieces, is nothing short of sleek. Up front, the fascia showcases rectangular driving lights, the tip of the nose contains tiny inlets and the classic pop-up headlights have LED lamps surrounded by exposed carbon fiber.

Inside, meanwhile, the cabin has been reupholstered with a mix of brown Foglizzo leather and Alcantara. Those elements contrast nicely with the dark brown brushed metal center console showcases. The dash tales a retro-futuristic turn with a digital speedometer and pixel display.

A peek inside the grand tourer  Nardone Automotive

The 928, which Porsche once thought might replace its beloved but aging 911, was around for just 17 years, from 1978 to 1995. The grand tourer was the first of its kind for the German marque, and it even won a Car of the Year title. However, it’s never seen a successor—until now.

Of course, Nardone’s edition will be extremely limited. The company is selling eight “launch edition” cars for 480,000 euros (a little more than $500,000). Preorders are now open, with first delivery expected in 2024. Hey, who says it doesn’t pay to take risks?