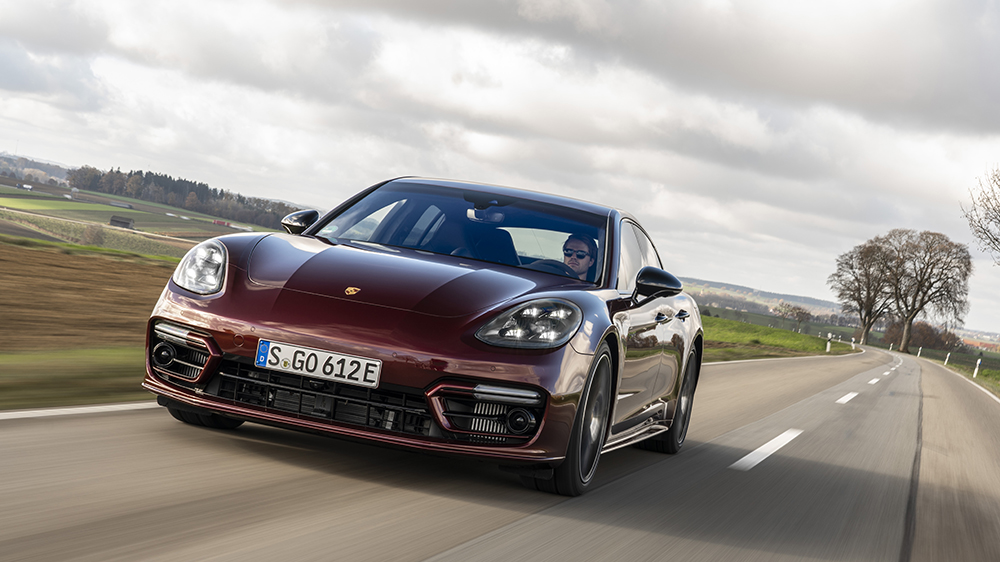 It looks like Porsche is exploring the possibility of electrifying another one of its long-running models.

The German luxury marque is working on an all-electric version of the Panamera, according to a new report from Autocar. The battery-powered cruiser could launch during the second half of the decade, alongside a refreshed Taycan.

Details are scarce, as the vehicle is said to still be in the “infancy of development,” but the British publication reports that the battery-powered sedan will be built on a sporting version of Volkswagen Group’s upcoming Scalable Systems Platform (SSP) architecture. Porsche wants the EV to have packaging comparable to the current model, so it will likely have a slimline battery that doesn’t impact interior space too much. It will also probably be similar in size to the Panamera currently available in China, which has a long wheelbase of 10.2 feet and runs 17 feet in length. Not only will that make it longer than the Taycan, but it will put it in direct competition with the Mercedes-AMG EQS and Lucid Air.

The electric Panamera won’t replace the gas-powered version, which is due for a refresh next year. Instead, the EV will reportedly be sold alongside it and the current E-Hybrid model. Porsche has not announced plans to stop building cars with internal combustion engines but has said it wants 80 percent of the vehicles it sells to be electric by 2030, according to Electrek. No date has been set for the electric Panamera, but Autocar reports it’s being developed alongside the new Taycan, which is due in 2027. The second generation of Porsche’s first EV will also be built upon a Porsche-oriented version of the SSP and have a more efficient 800-volt battery.

When reached for comment on Tuesday, a representative for Porsche told Robb Report that the marque does not “comment or participate in speculation on potential future product.”

Whether or not an electric Panamera is headed for production, Porsche’s lineup of electric vehicles will expand significantly over the next few years. A battery-powered Macan could launch as soon as this year. There’s also some belief that the 718 will go all-electric in 2025. An all-new, battery-powered SUV with seven seats is also said to be in the works. There’s still no word on an all-electric 911, though.