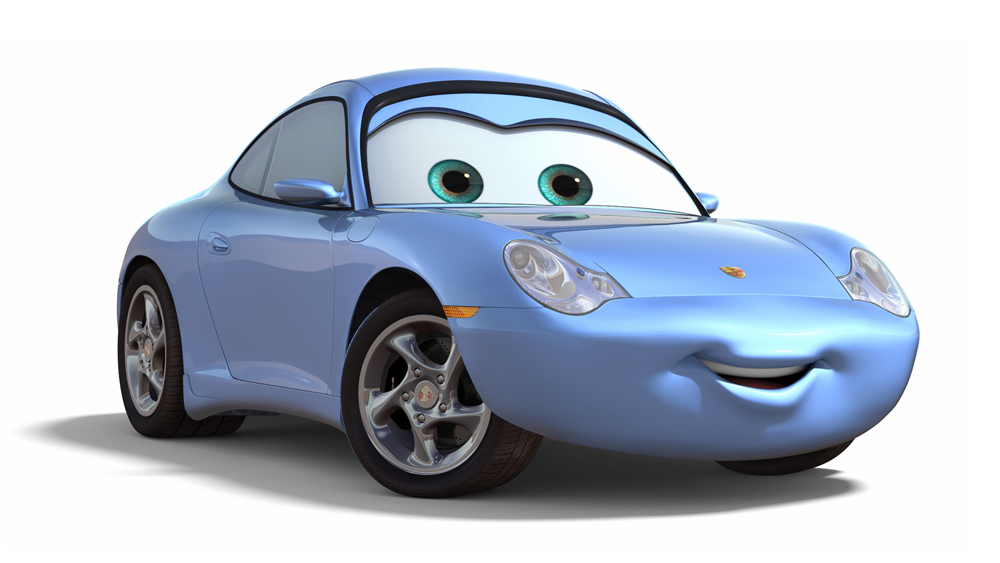 Twenty years after Sally Carrera appeared in the film Cars, creatives from the movie studio are teaming with designers from Porsche to recreate the beloved character with a modern twist. Announced at the South by Southwest (SXSW) festival in Austin, Tex., the new Sally will be a street-legal 911 that will be auctioned off for charity.

Jay Ward, creative director of Franchise at Pixar Animation Studios (and an avid Porsche fan) tells Robb Report, “The spirit of Sally is giving to others. Our goal is to raise the most money for charity.”

Based on a sketch we saw from Porsche designer Grant Larson (who penned the original Porsche Boxster, among other cars), there’s nothing corny about this star car brought to life, with its custom “Sally Blue” paint, clean bodywork and big, one-of-a-kind wheels inspired by the Turbo design, but “cooler.” Along with the car, the Pixar team is working with Porsche Design on a one-off matching timepiece. Proceeds from the auction will support Girls Inc., an advocacy group for young women, as well as the USA for UNHCR (United Nation’s High Commissioner for Refugees), to provide aid to children and their families affected by the conflict in Ukraine.

The news is part of Porsche’s first-time presence at SXSW, the multi-day, mega-event in Austin that brings together the film, music, art and tech industries. Along with the original, full-size Sally that Pixar created for the movie premiere and later donated to the Porsche Museum in Germany, Porsche is showing a number of previously secret concept cars at its custom installation on Congress Avenue, part of its “Unseen” campaign to pull back the cover on models that never got made (but maybe should have).

Called “A Creator’s Mind,” the space looks like something out of a Pixar movie, filled with giant versions of designers’ tools such as pens, pencils and tape, along with giant, cookie-shaped seating. Also on display is the real-life model of Porsche’s first virtual car, the Vision GT, which debuted last week in the video game Gran Turismo 7.

Ward and Pixar production designer Bob Pauley explain that the first real-life Sally was created by cutting a 996-generation 911 in half—and if that thought makes you Porsche enthusiasts cringe, you aren’t alone. “The first cut was the hardest,” Ward jokes. The fabrication team, based in El Segundo, Calif., shortened the wheelbase, pushed up the A-pillar, swapped out the wheels and front fenders and, of course, formulated the classic light blue paint that came to define Lightning McQueen’s love interest. “Blue was the perfect choice because it looks great against the red [of McQueen] and also against the warm tones of the desert,” says Pauley.

This time around, the designers won’t be sawing off any metal to create the new Sally, but they promise it will be something special. “It’s a tricky thing; we can’t just take a modern car and put eyes and a mouth on it,” Ward says. And Pauley adds, “We want to transform the spirit of Sally.”

Bob Pauley (left) and Jay Ward stand between the original life-size Sally, built for promotional purposes, and a sketch of what the new 911 will look like.  Photo by Laura Burstein.

The new Sally is still a work in progress, but designers hint it could go to auction within the next year. Our best guess? An event like Monterey Car Week or the Scottsdale auctions would be the perfect place for a one-off, custom Porsche with a philanthropic focus.