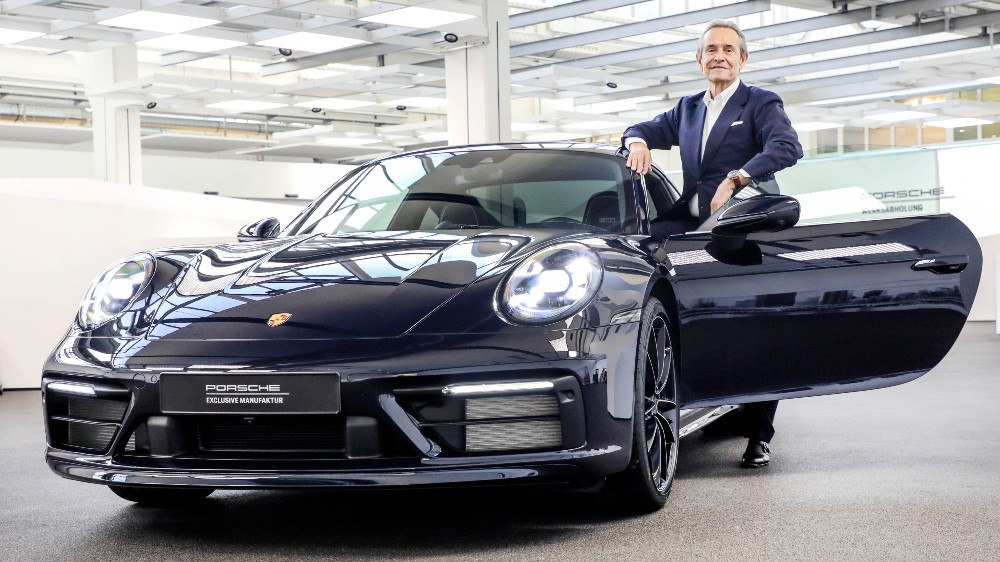 New decade, same Porsche. While the German automaker has never shied away from special editions of its cars, there’s always been a strict methodology behind each of its exclusive variants. That hasn’t changed any with the onset of the 2020s, as the company’s latest special edition pays tribute to a true racing legend: Jacky Ickx.

The German automaker kicked off the new year by announcing the first special version of the new 992-generation 911, the Carrera 4S “Belgian Legend Edition.” Limited to a production run of just 75, the gorgeous coupe is meant to commemorate the former racer’s 75th birthday.

Born in Brussels on January 1, 1945, Ickx is recognized as one of the greatest race car drivers of the last century. In addition to placing first at the 24 Hours of Le Mans six times, he won multiple Formula 1 races for both Ferrari and Lotus, a Can-Am Championship and the Dakar Rally over the course of a career that spanned nearly two decades. But it’s not just his racing credentials that have won Ickx the respect of the Stuttgart-based automaker, it’s also that he’s spent decades working closely with the company as a test driver as well, developing deep roots there in the process.

The Carrera 4S “Belgian Legend Edition” is powered by a twin-turbo flat-six engine capable of producing 444 hp and 391 lb-ft of torque. It also features plenty of bespoke details meant to pay tribute to the driver, according to Porsche. That starts with the exterior paint color, X Blue, which perfectly replicates the midnight blue color of Ickx’s trademark racing helmet (it’s the first 992-generation 911 to receive the brand’s coveted Paint to Sample treatment). That same blue appears on the 20- and 21-inch Carrera Classic wheels, offset by subtle white accents.

Inside the coupe, you’ll find black leather throughout, Pebble Grey cross-stitching and Ickx’s signature on the central leather armrest. His autograph also appears on the car’s B-pillar badge, which also includes the Belgian flag, and the key fob.

Unfortunately for Porsche enthusiasts, the 911 Carrera 4S “Belgian Legend Edition” might be a little hard to get a hold of. In addition to being limited to a production run of just 75, the car will only be sold in Ickx’s home country.