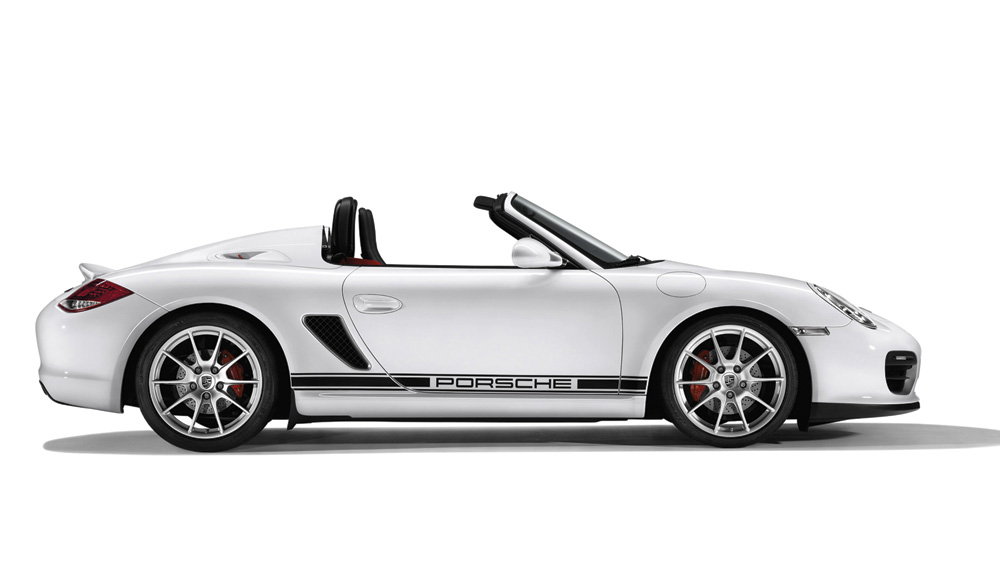 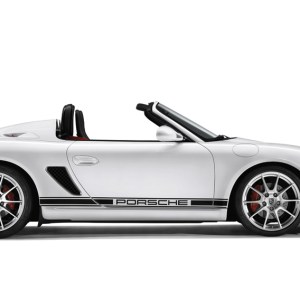 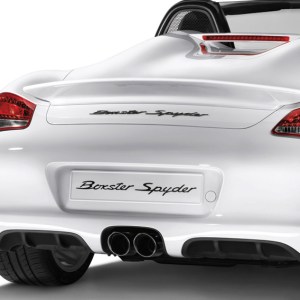 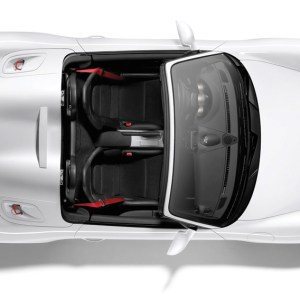 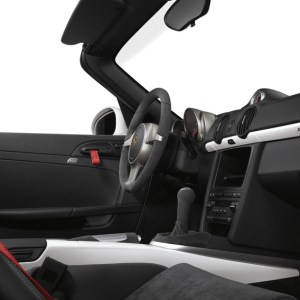 Weight is the enemy of performance. It’s something that Porsche, with some 28,000 racetrack triumphs under its belt, knows better than most. To that end, meet the 2011 Porsche Boxster Spyder, the lightest model in the sports-car maker’s range. Although the standard Boxster roadster is hardly what you’d call ponderous, the 2011 Boxster Spyder drops a significant 176 pounds compared with the Boxster S. To achieve its 2,811-pound fighting weight, the Spyder makes greater use of featherlight materials (the door skins, for example, are now made of aluminum) and forgoes a few notable niceties, including air-conditioning and an audio system. A minimalist two-piece soft top replaces the standard Boxster’s power-operated convertible top, and the single-piece, Carrera GT-inspired rear-deck lid is made of aluminum. Porsche even deleted the cup holders and replaced the interior door handles with straps of nylon webbing. But the Boxster Spyder brings more to the game than fewer pounds. The 3.4-liter horizontally opposed six-cylinder engine belts out 320 hp at 7,200 rpm, 10 more than the Boxster S and 65 more than 2.9-liter engine in the standard Boxster. The new Spyder can also make the sprint to 60 mph in 4.6 seconds, a tenth of a second quicker than a so-equipped Boxster S, and rush all the way to an open-top 166 mph. Pros: No radio, cup holders, or air-conditioning system. Cons: No radio, cup holders, or air-conditioning system.