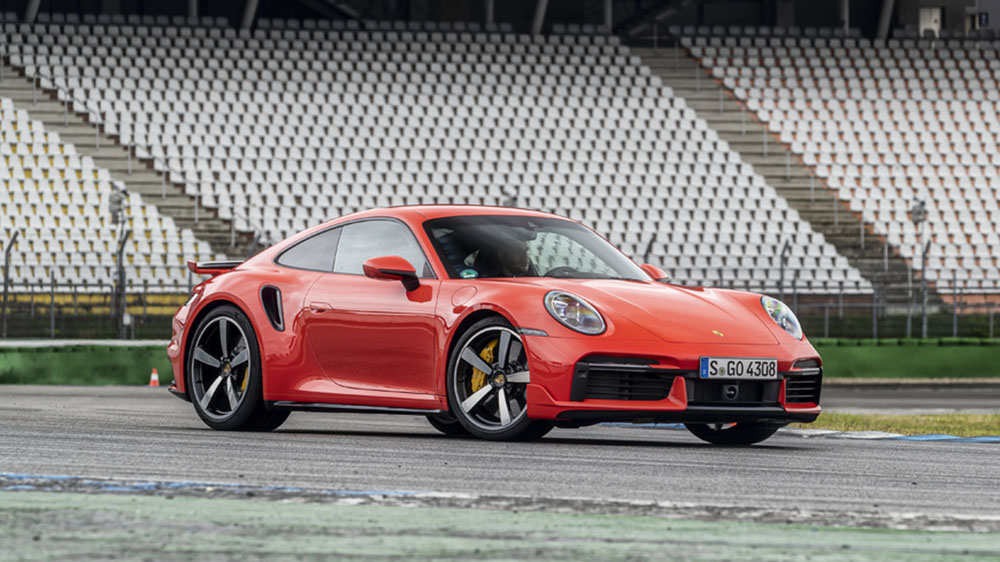 Porsche has revealed that it’s considering an electrified version of its most famous car, the 911. But there’s no need for purists to start shedding tears just yet, because the vehicle’s famous flat-six engine isn’t going anywhere just yet.

The German automaker’s CEO, Oliver Blume, discussed the possibility of a performance-focused hybrid variant of the iconic sports car in a recent interview with Autoblog. But while that vehicle is a very real possibility, he doesn’t seem foresee a fully electric 911 any time soon.

Hybridization—which combines a traditional internal combustion engine with one or more electrical motors—usually increases fuel efficiency, but Blume made clear that’s not the biggest priority when it comes to the 911. Instead, he envisions a sporty hybrid with “a very high power [output] with very big performance and driving ability.” Ferrari has already proven this route’s effectiveness. The Prancing Horse’s first plug-in hybrid, the SF90 Stradale, is also its most powerful car, with a 4.0-liter V8 combustion engine combing with a trio of electric motors to produce 986 horsepower.

While Blume didn’t offer any kind of timetable for a hybrid 911, his words suggest that it’s just a matter of time at this point. Plus, the brand has already shown a willingness to release plug-ins; the marque sells hybrid versions of the Cayenne SUV and Panamera full-size sedan.

Of course, while a fully electric 911 may not be in the offing for now, Porsche already offers a pretty attractive EV option—the Taycan. The all-electric sports car supplies “repeatable, blistering and uncompromised performance” based on our time with it. And it looks like buyers are convinced because the car is already outselling the 911 in the US.