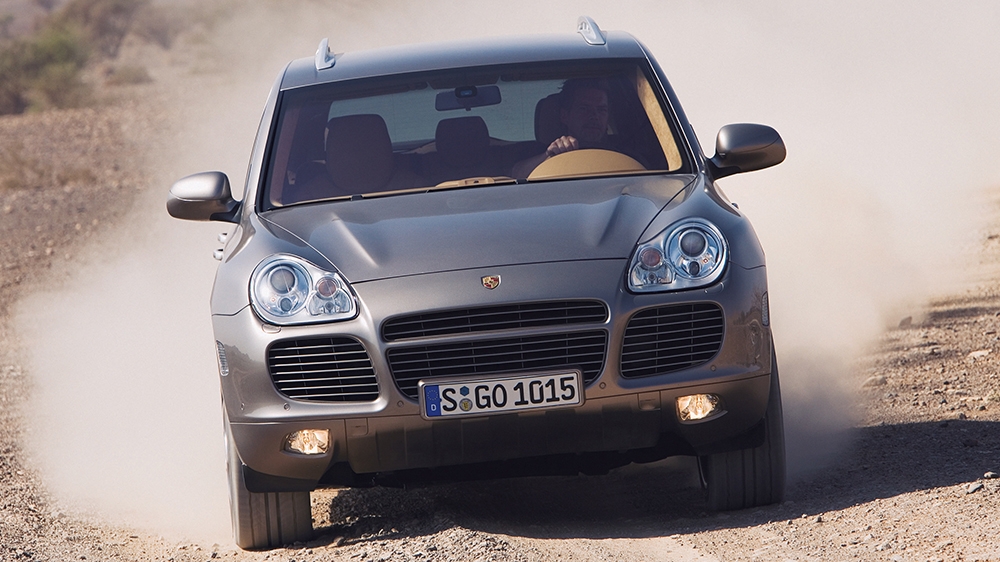 Porsche’s first electric SUV has yet to debut, but it’s already hard at work on a second.

The German marque’s CEO, Oliver Blume, confirmed the company is developing an all-new, battery-powered SUV at its Capital Markets Day event on Monday, reports Inside EVs. We don’t know much about the vehicle, but it will likely be positioned above the compact Macan and the mid-size Cayenne.

“We plan to add a new luxury, all-electric SUV model to our attractive portfolio, which will roll off the production line in Leipzig,” Blume said during the event, which was held at the brand’s Research and Development Center in Weissach. “This will further expand our position in the luxury automotive segment. We are targeting the higher margin segments in particular and aim to tap into new sales opportunities in this way.”

A prototype of the all-electric Porsche Macan undergoing track testing in 2021.  Photo: Courtesy of Porsche AG.

The last part of Blume’s quote makes clear why Porsche is already developing another electric SUV before the battery-powered Macan model launches later this year. Half of the top ten selling vehicles in the US in 2021 were SUVs. It’s not just mainstream SUVs that sell, either. Nearly every luxury automaker that has embraced the vehicle class—be it Lamborghini, Bentley or, most recently, Aston Martin—has seen it quickly becomes its highest selling model. There’s a reason why even Ferrari wants in on the action.

Porsche also knows firsthand just how popular SUVs are with drivers. The Macan and Cayenne were the brand’s highest selling models during a record-setting 2021, with deliveries of 88,362 and 83,071 deliveries respectively. Meanwhile, the brand’s third most popular model—outselling its most iconic car, the 911—was its first EV, the Taycan, with 41,296 deliveries. While nothing is guaranteed, it would seem that Porsche thinks battery-powered SUVs will sell well going forward.

Don’t worry, though, Porsche hasn’t forgotten the sports cars it built its reputation on. Last fall, it was reported that an all-electric version of the 718 was in the works for 2025. The brand has said we’ll have to wait for a battery-powered 911, but with a hybrid variant on the way, it’s certainly only a matter of time.