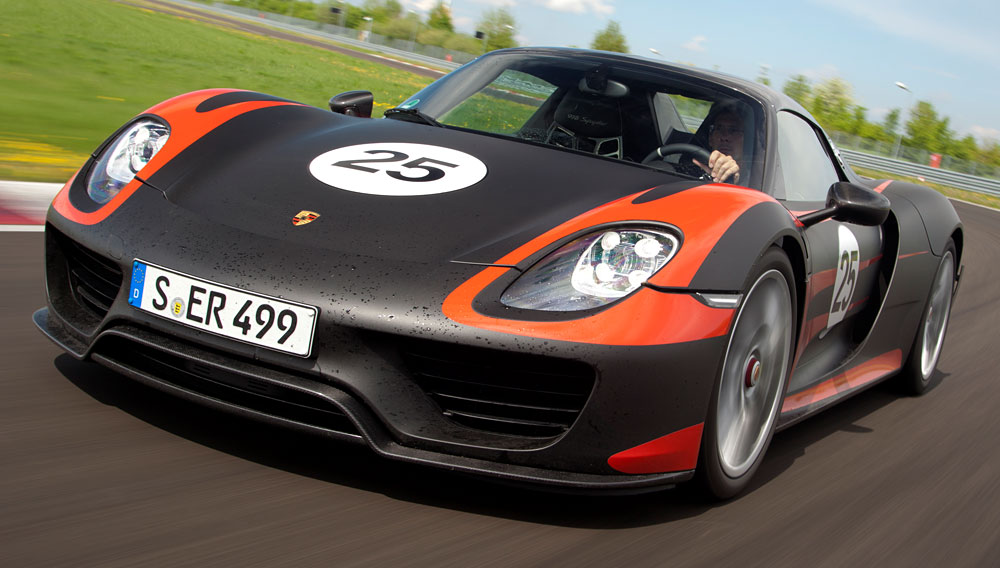 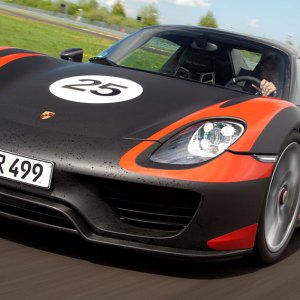 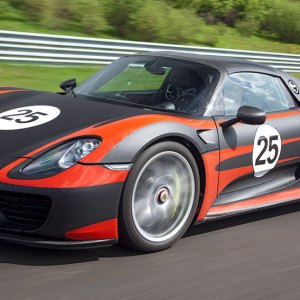 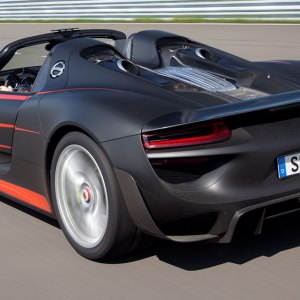 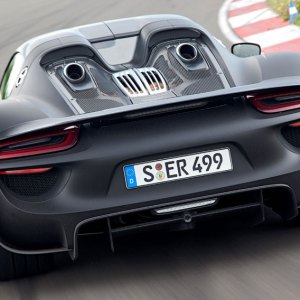 This month at the Frankfurt Motor Show, the world’s fastest plug-in hybrid vehicle, the Porsche 918 Spyder, is set to officially debut. It will also be one of the most expensive dual-drive vehicles on the market, costing $845,000.

The mid-engine two-seat sports car is made primarily of carbon fiber, and its 4.6-liter V-8 produces 608 hp at a stunning 9,150 rpm. Power from that engine is delivered to the rear wheels via a 7-speed dual-clutch transmission.

Two electric motors, one on each axle, are powered by lithium-ion batteries sending an additional 127 hp forward and 154 hp aft, for a combined total of 887 hp. Porsche estimates that the 918 can accelerate to 60 mph in less than 2.8 seconds and has a top speed above 211 mph.

It’s also a plug-in hybrid that can travel up to 18 miles in pure EV mode, accelerate to 62 mph in 7.0 seconds, and reach a speed of 93 mph without the assist of its gasoline engine.

Even with its battery pack and two electric motors, the 918 will tip the scales at just 3,715 pounds, while a stripped-down version with the Weissach performance package—which features, for instance, lightweight magnesium wheels for the standard alloy rims—weighs 3,616 pounds. To ensure high levels of grip, all components are mounted as low as possible in the chassis, and the car has a 43-to-57 front-to-rear weight distribution.

The 918 Spyder is equipped with a lift-off Targa top, and true to its motorsports heritage, many of the cars will sport paint schemes that recall legendary racing Porsches. The German company says that many of the elements of this exclusive model are expected to filter down into future Porsche models. We can hardly wait. (www.porsche.com/usa)