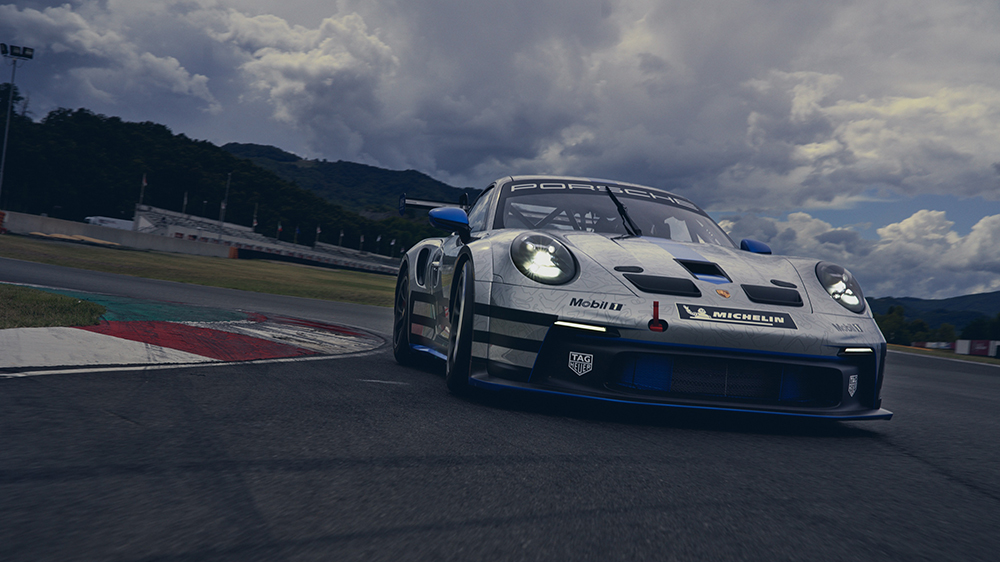 Porsche knows it’ll take years of testing before we know if synthetic gasoline is really an alternative to electric drivetrain. So the marque isn’t wasting any time.

The German automaker has just announced that all cars in the Porsche Mobil 1 Supercup race series will run on eFuel over the next two seasons. The marque hopes that this will give it a better understanding of just how viable and efficient synthetic gasoline can be.

Porsche was quick to note that renewable gasoline that will be used to power the Mobil 1 Supercup cars is not eFuel in its final form. This version is sourced from partner Exxon Mobil’s Chile refinery and is made by splitting water into hydrogen and oxygen, filtering out the CO2 and then processing into synthetic methanol, which is then turned into renewable fuel.

The resulting gasoline, which is called Esso Renewable Racing Fuel, burns 85 percent cleaner than traditional fuel, according to a press release. It’s a significant improvement but nowhere near as clean as the company thinks it can eventually be. Last month, the brand’s vice president of Motorsport and GT cars, Dr. Frank Walliser, said eFuel has no biproduct, meaning it could make combustion engines as clean as their electric counterparts. While there’s still a ways to go to optimize cleanliness, the synthetic fuel can be used in your 911 or Panamera today.

Regardless of the results of this eFuel testing, don’t expect Porsche to ease up on the development of battery-powered vehicles and powertrains. “The electrification of our vehicles is the highest priority for us,” executive board member Michael Steiner said in a statement. “eFuels are a good complement to our powertrain strategy. They allow our customers to drive cars with conventional combustion engines as well as plug-in hybrids with significantly lower greenhouse gas emissions.”

Porsche isn’t the only premium automaker exploring the potential of synthetic fuel. Last spring, McLaren COO Jens Ludmann said he also viewed the nascent technology as a viable alternative to electric cars. The executive said the British marque planned to build a high-performance prototype that would run completely synthetic fuel.